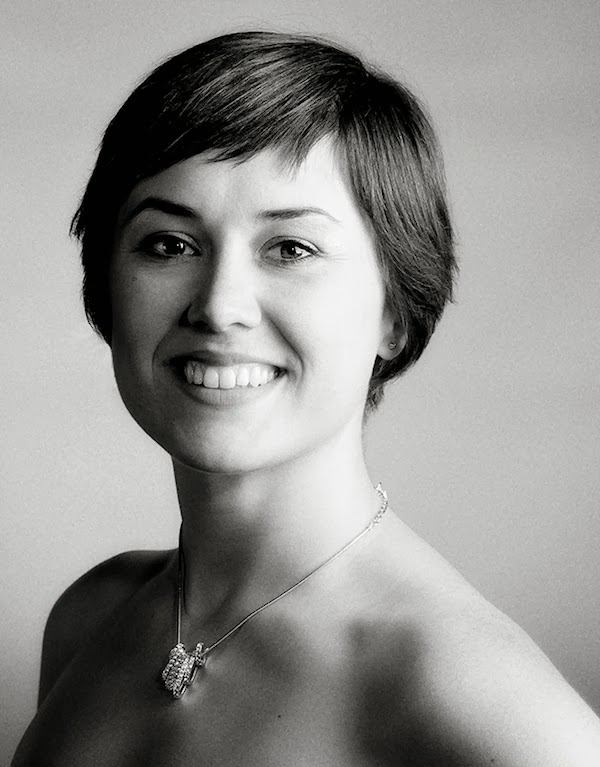 The Pride of Reaching and drinking an "Ugly Stepsister"
It’s a vocally challenging and intricate piece, but one that is filled with roles well suited for young voices.
by Estelle Rosen

German born mezzo-soprano Kathrin Welte has been singing for ten years on stages across Canada and internationally. After receiving training at Mount Allison University in New Brunswick, the Mozarteum conservatory summer academy in Salzburg, Austria, and a master’s degree in voice performance from McGill University, she has been regularly involved with a number of Montreal musical organizations. In 2011 she co-founded and became artistic co-director of Opera da Camera, a company based on the concepts of accessibility for all audiences and to the creation of opportunities for local talent.

WELTE: I recall that shortly after closing last year’s Nozze di Figaro we gathered over a large supper – the de facto corporate boardroom of our company – and assessed how our inaugural operatic production had fared. Amidst the excitement of the great reviews, the relief of the show’s success, and a long list of mistakes we wanted to never repeat again, one thing stood out among all others: how loudly our message of accessibility had resonated with our audiences. As we talked to our public after each show, and received messages in the week that followed, one thing was clear: we had managed to attract so many people to their first opera (40%, as our audience surveys later showed), and they loved it! As that was one of the founding principles of the company, it also became our proudest achievement, and we vowed to do all in our power to reach the same goal with the opera selection for 2014.

Of course, it wouldn’t be accurate to say that the decision process was simple, but when we came to the agreement on producing Jules Massenet’s Cendrillon, we couldn’t have been happier: in many ways, this piece is possibly one of the most accessible works in the entire operatic repertoire. First and foremost, it’s a universally known story and a beloved part of nearly everybody’s childhood – a name that immediately evokes warm memories of bedtime stories and family movies. And yet, due to the way Massenet and Henri Cain (the librettist) weave music and words, the story manages to feel new and familiar all at the same time. The beautifully composed score is so rich and melodic that even the least classically-oriented ear will be drawn into its lushness, but will also provide a number of complexities and motifs for the more seasoned listener to discover. And of course, it’s also sung in French, which, even though we provide full sur-titling in both official languages, makes it highly approachable to our Montréal audiences.

We realized early on however, that while having an approachable story may provide the foundation of an accessible show, the entire experience surrounding it must also reflect and enhance this vision. In short, what happens off the stage, whether before, during or after the opera, is an integral part of the opinion that the audience will form of the piece, our company, and the genre as a whole. As artists, we want to concentrate on the work that is being presented, but as producers, we become craftsmen of an entire experience, and it is not enough to solely concern ourselves with the artistic product behind the fourth wall. With that in mind, we also set out to create a wide-ranging portfolio of accessibility initiatives that would make the entire experience stand out.

Some of these initiatives were simply carried over and fine-tuned from our first production, chief among them using cabaret seating in the Rialto Theatre, allowing our patrons to enjoy a drink during the show, and to easily converse at intermission. We are encouraging newer and larger audiences with low pricing for children (10$) and discounts for groups of friends (our Entourage program). And of course, we are leveraging the full power of social media to begin interacting with our public long before the curtain goes up, with a “Behind the scenes” campaign showing every step of the development of this production. In addition Cendrillon has provided a unique inspiration for many of these projects, such as partnering with a dating agency to host an event titled “Find your own Prince Charming or Cinderella”, or having the Rialto barman concoct themed drinks… because who wouldn’t want to order an “ugly stepsister”?

The show is also a great way to fulfill another of our missions, that of providing great opportunities for emerging artists. It’s a vocally challenging and intricate piece, but one that is filled with roles well suited for young voices. It also includes some wonderful ballet pieces, which has allowed us to give seven young dancers the opportunity to share our stage, as well as casting four theatre students from John Abbot College in acting roles. Finally, our small chorus has the chance to be involved in such a large variety of scenes and in so many different roles (fairies, servants, princesses), that they are on stage nearly as much as our principal characters, making it a great learning experience.

In short, we are very excited to present Cendrillon: it is a beautiful opera that has only recently been rediscovered around the world as one of Massenet’s great works, and it’s a piece that most seasoned opera goers will adore. And yet, it’s much more than that: the universal appeal of the story, and the inspiration it has given us, makes it an exceptional tool with which to reach out to new audiences of all ages, allowing them to begin exploring the wonderful world of opera.