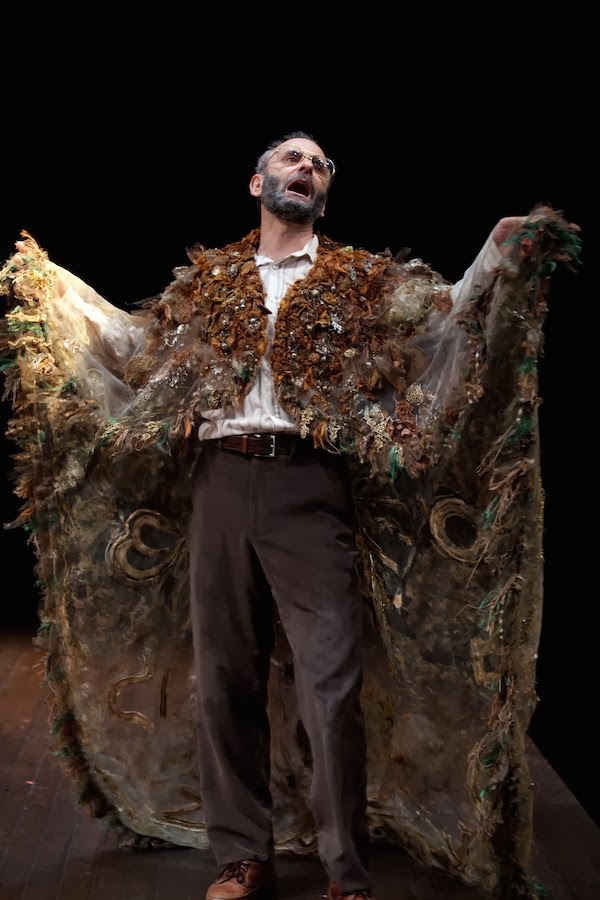 With Heart and Chutzpah
One of our great Canadians is part of Vancouver's Chutzpah Festival
by David C. Jones
John Hirsch was a remarkable Canadian. A Hungarian Jew orphaned by the Holocaust finds a new home in Canadian Theatre where he gains a reputation for his talent and drive as well as his stormy temperament and corrosive demeanour.
The play Hirsch was created and conceived by Alon Nashman and Paul Thompson, starring the former, directed by the latter. The one-person show was a smash hit at The Stratford Festival. It is as frenetic, engaging and heartfelt as the person at the heart of it.
Told with crisscrossing snippets from his highly tragic life, the stage is filled with magical stagecraft. Curtains and sheets disappear and befitting a theatrical legend a stagehand wanders in from stage left or right bringing costume and set pieces.


Mr. Nashman is dynamic, using small vocal transitions and large but precise physical movements to delineate between multiple characters. I also admired how the script touched on persecution of the Jews and Mr. Hirsch’s own death from AIDS in innovative but not drawn out motifs.
Actors who want to know how to do a dramatic line read need to see the heartfelt yet matter-of-fact way he recounts the story of soldiers forcing youth to paint out stars in a synagogue while watching their rabbi get humiliated before getting his throat cut.
The play explores his artistic accomplishments as well as multiple setbacks.  We get to experience his tenacity - his will to thrive and survive and learn to admire his exacting vision and harsh critiques of those who don’t meet it. He felt great  art came from confrontation not compromise.
As is typical of Canadian icons he is fading from memory but the opening-night audience was filled with theatre people who knew him or knew of him.  They nodded and laughed their appreciation of the tales.  Particularly when Mr. Nashman spoke of his own experiences with the director.  Mr. Hirsch knew how to cut to the heart with a sharp tongued insult. He was a part of their community.
I did not know the man and you don’t need to to enjoy the play, but the show was so dynamically told and Mr. Nashman was so alive and fun it made me wish I had known John Hirsch.
Feb. 25 - Mar. 1
Posted by THE CHARLEBOIS POST at 5:57 PM