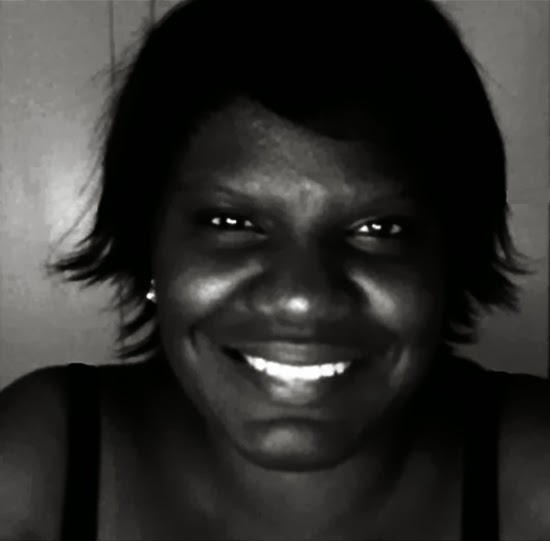 Tanisha Taitt is an actor/director/playwright, singer-songwriter, arts educator and activist. She began directing in 2007 and has helmed 21 productions of 14 plays.  She is Program Director of Acting Up Stage's One Song Glory youth training program, Director of Children's Peace Theatre's summer Peace Camp program, and a former Resident Artist Educator with Young People's Theatre. Recent productions include Shadowpath Productions' The White Rose, bare for Toronto Youth Theatre and The Power Of Harriet T! for YPT. For six of the last seven years she has been Producer of V-Day Toronto, the local campaign in the global movement to end violence against women and girls.  A 2013 Haroldee, Ms Taitt is a two-time YWCA Woman of Distinction Award nominee for her commitment to artistic excellence and social justice.

Emotional Creature is about the fascinating being that is the adolescent female. It is about how that magical being differs and is the same around the planet, and how the ball of emotion that is the teenaged girl lives very much inside of us all. It is based on chats that playwright Eve Ensler had with girls around the globe over a 15-year period. People like to say that they were interviews but there were never any notepads or tape recorders; there were just conversations that left indelible impressions on her. She would talk to girls -- in Bosnia, in Los Angeles, in Nairobi -- and learn who they were and what 'girlhood' meant and looked like where they lived. There were certain stories that stood apart, ripped her soul out or resonated in such a way that she couldn't forget them. So when she sat down to write the book that the play is based on, I Am An Emotional Creature: The Secret Life Of Girls Around The World, it was those stories that surfaced. She drew from those conversations to create fictional stories based on recollections of those girls' realities.


Yes, I view it as privilege to be someone's first director.

Working on this show has been heartwarming. I started my theatre career, both as an actor and as a director, in the world of monologues. I fell in love with V-Day, the international movement to end violence against women and girls, founded by Eve. Her play The Vagina Monologues was the first show I ever acted in, as part of V-Day, and subsequently the first show I ever directed. Almost eight years later I am still passionate about bringing V-Day productions to the stage because they have such powerful things to say. I haven't worked on a monologue-heavy piece in awhile though -- since 2011 -- so to return to a show like this one is a delight. It's such a different beast. I love the fact that Emotional Creatures is a combination of scenes and monologues, which are two totally different forms of storytelling, but that we can move back-and-forth between them so easily within the same script. It's also a unique experience directing non-actors, which I've had the privilege of doing in the past. Yes, I view it as privilege to be someone's first director. And a responsibility. V-Day productions draw a combination of seasoned actors and neophytes to audition based on an attraction to the cause, which is E-beautiful.

It's amazing to walk into rehearsal knowing that your cast is invested not just in the show, but in addressing the bigger picture. I know that for some directors, working with non-actors is their worst nightmare. I happen to love the challenge of it. Some of the cast members are becoming aware of the issues addressed in the script for the first time and it's incredible – a gift I think – to be able to watch their understanding of the world deepen before your eyes. While a concept like bullying is easily understandable and accessible to them, topics like sex slavery in Eastern Europe or child labour in China go from being something that they've heard about in passing to something that they must now spend some time living with. I don't allow them to look away or avoid the intensity, because the girls for whom this is real life don't get to.

There is also the very real difference between 13-year-olds and 19-year-olds that is always present, and what a source of joy that has been. It is very egalitarian amongst the cast but to watch how the younger and older girls relate to each other brings a huge smile to my face. You see the moments in which the 19-year-olds turn into mama bears and the younger ones into their cubs, but you also just have moments in which you laugh out loud at the gaps in understanding that the age difference can create. It's never dull, that's for sure.

Somewhere along the way we came to equate connection with weakness

The idea of a play that focuses on what it is to be a girl seems like a very simple premise, which may lead people to think it is simplistic. It isn't at all. The inner life of girls is so, so complex. We live in a patriarchal world that has taught them – has taught all of us in fact – that our innate emotionality is unwanted and excessive. We try hard and manage to stomp much of this display of emotion out of boys when they are very young; anger is allowed but sadness, confusion, insecurity – not so much. (What we do to boys breaks my heart just as much but for a different reason.)  But emotionality is not stomped out of girls which, for the males who dominate our society, makes things a tad inconvenient. You tend to hear terms like 'hysterical' and 'drama queen' thrown around a bit too much and in doing so we invalidate the very real experiences of girls and women. YES, we feel deeply. We will be very upset, very happy, very excited, very angsty... that's how we're built. That's how people are built, but girls tend to not bury it, and as a result are taught that to simply be who they were built to be is problematic. Heaven forbid a boy 'cry like a girl' or 'throw like a girl' or do anything like a girl.To be 'like a girl' means to be less than. It means to cross the centre line and drift over into the realm of the inferior.This play says that no, that is simply the realm of the real.

I believe that if we were more overt with our feelings, we would have a far more peaceful world. People will argue that and say that the reverse is true – if we didn't keep our emotions in check we'd live in a state of chaos. I do think, however, that it's the opposite, and that the reason why we lash out and are violent is because we repress. We don't address things in the moment and say "Hey, what you did right there -- that wasn't cool -- we need to work through this." We rarely connect like that. Instead we suppress and swallow it and hold it in and hold it in -- and then one day someone opens fire on something. Somewhere along the way we came to equate connection with weakness, which of course creates a culture of disconnection from one another. We're uncomfortable with hugs, with affection, with tears. We only reveal those things in limited, intimate or controlled circumstances, as opposed to embracing them as the fuel that moves us through the world.

Teenaged girls are so incredibly real and they experience their emotional range in a profound way.

Where there is this disconnect – this inability to feel the heart of the other or even our own – how can that not be fertile ground for hostility?  In a culture in which we teach boys that the most shameful and loathsome things about them are the parts of themselves that are in any way 'feminine' (a huge problem unto itself), how does that not manifest as a culture in which women are resented and subsequently victimized? We are so afraid of those who feel deeply and express it openly. We as a society are afraid of any emotion that is not easily describable or recognizable, and certainly of any emotion that takes us to a place of instability. This feeling we have that we need to be sure all the time, that to be confused is to be fickle or to be nervous is to be weak or to be scared is to be female... that is profoundly destructive.

It is so important for young girls to understand that there is no shame in being themselves, that they don't need to put a lid on who they are or pretend to feel less than they do in order to make others comfortable. They need to see themselves as emotional creatures who are blessed with the ability to feel so very much, and the ability to be everything that is human and true. I love working with young people, and young girls in particular, because it reconnects me to the possibility of openness that has not yet been contained and emotion that has not yet been self-censored. They are not only fiercely intelligent, but they refuse to be shut down. Teenaged girls are so incredibly real and they experience their emotional range in a profound way. Not to say that others don't, but these girls wear their hearts on their sleeves with far less apology. I love that. I crave more of that. I wish we all would do that. I wish 'grownups' were as brave as they are.