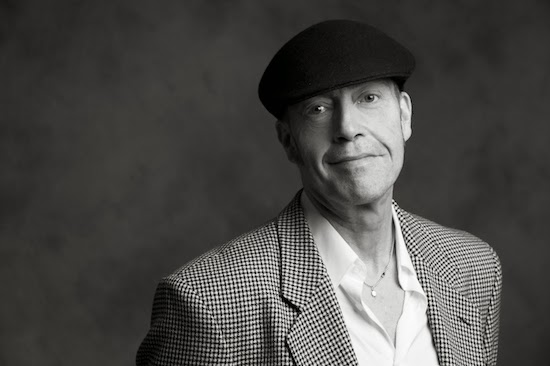 
Peter Hinton is an award winning playwright and director. From 2005-2012, he was Artistic Director of English Theatre at Canada's National Arts Centre in Ottawa. Peter was an associate artist at The Stratford Festival for seven seasons, directing The Taming of the Shrew, Shakespeare’s Universe, The Odyssey, Fanny Kemble, The Duchess of Malfi, Into the Woods, and all three parts of his own verse trilogy entitled,The Swanne. Recently Peter directed the acclaimed productions of Andrew Bovell’s When The Rain Stops Falling and Oscar Wilde’s Lady Windermere’s Fan, both for the Shaw Festival. For the Segal Centre, he directed A Night in November by Marie Jones, Buried Child by Sam Shepard, and his own adaptation of Henrik Ibsen’s A Doll House. Peter was the 2012 English recipient of the National Theatre School of Canada’s Gascon/Thomas Award for significant achievement in Canadian Theatre, and in 2009, he was named an Officer of the Order of Canada.
For the last few years, Paul Flicker and I have talked about a production for the Segal Centre that could embody the considerable strengths of its vision and mandate. We wanted to collaborate on a production that would be unique and relevant – combining the very best of innovation and tradition, the classical and the modern – and somehow be both thought-provoking and seriously entertaining. We both love plays that tackle the complexity of the human condition, and at the same time are very funny. We thought about a production that would provide an opportunity for wonderful design, strong writing and great parts for actors.

Both Paul and I have a deep love for the Russian playwright, Anton Chekhov, who in the late nineteenth and early twentieth century re-imagined the way we see ourselves on stage. Chekhov was a true pioneer of the modern theatre, his plays present life with all its ambiguities and indecision. The people who inhabit a play by Chekhov are driven, haunted, frustrated members of the middle class; doctors, accountants and school teachers, who are often contrasted with actors, writers and philosophers.  Together they share a sense of deep yearning; people torn between an idealized past and the promise of a better future. The plays of Anton Chekhov are characterized by a strong sense of mood, a spare and often ambiguous narrative – and above all, a singular blend of comedy and tragedy. In Chekhov, the tragic and the comic often lie side by side – creating a theatre that is vibrant, surprising and full of life.


Chekhov’s special appeal comes often from what is left out

Chekhov himself was a physician, short story writer and a dramatist. He is famously quoted for saying that, “Medicine is my lawful wife, but literature is my Mistress.”

In the five full length plays that Chekhov created – an indelible mark was left on the theatre, and his influence is unmistakable in modern playwriting today. The Moscow Art Theatre made Anton Chekhov their signature playwright and his play The Seagull brought the company national attention and critical acclaim. His plays have been produced and translated around the world and bridge the spectrum of the classical and contemporary repertoire. It has been said, that Shakespeare is the greatest playwright for language and what is spoken, and that Chekhov is equally great – but for rather what is not said, for what is felt and what is implied. Chekhov’s special appeal comes often from what is left out – the awkward gaps in conversation, the sentences that trail off in the air, and the pauses – the silences, that have coined the phrase, “Chekhovian” for generations to come.

Paul Flicker has always loved The Seagull and loved the play on words, (title and theatre company) with The Seagull at The Segal. I have always wanted to direct this play – and came close several times when I was Artistic Director at Canada’s National Arts Centre from 2005-2012. Over many discussions and email exchanges, Paul and I concluded that The Seagull at The Segal would be a great project for collaboration and an exciting part of the 2013-2014 Theatre Season.

Chekhov’s first major full length play, The Seagull was written in 1895 and presented at the Alexandra Theatre in St. Petersburg on October 17, 1896. It is perhaps his most personal play in its treatment of the artist and his place in modern society. Years of theatre-going, reviewing, dealing with managers and performers were distilled into a dramatic metaphor for the artistic experience, for the contrasts between commercialism and idealism, ability and aspiration, purposeless talent and diligent mediocrity. Among the central characters are a would-be playwright, a successful author; an acclaimed but second-rate theatre star, and an aspiring younger actress. Gathered at the country estate of a newly retired government official, and its local rural inhabitants – the play has multiple heroes and multiple conflicts. The Seagull poses questions about whether modern forms of art are actual and true expressions of our time and it questions the idealism of social change.

British playwright Christopher Hampton who translated the play in 2007, wrote, “The Seagull is one of the great plays about writing and acting. It superbly captures the struggle for new forms, the frustrations and fulfillments of putting words on a page. Chekhov, in his first major play, stages a vital argument about the theatre which still resonates today.”

It is a fitting project for a company which plays an integral part of Montreal’s vibrant and renowned theatre scene.

The title of the play refers to the phenomena of sea birds who become trapped inland deceived by the allure of a northern lake. It is emblematic of Chekhov’s “new kind of drama”, which Gorky described as “heightening reality to the point at which it turns into a profoundly inspired symbol.”

It is a play full of misplaced attachments, and people hopeless in love with another

Everyone in the play is a seagull. Each of the characters regards the country estate and rural lake community of the play as an enclosure for deep seated frustration and unfulfilled dreams. None of the characters feel “at home”. It is a  location meant for retreat, for replenishment, peace and retirement. In this contrast of desire and reality, much of the play's comedy and heartache is revealed. The celebrated actress would rather be in a hotel room learning lines, the retired government official would rather be back at work in the city, the young aspiring actress is always running in and out, time stolen away from an oppressive life elsewhere, the school teacher is there only out of sufferance, the manager of the estate, an ex-military man has no skills or interests in country life, his wife who no longer loves him, and the local doctor feels helpless in providing a better life for himself or anyone. Only the successful writer has any real affinity with the country, but largely due to the fact it allows him to be idle and conduct a brief affair with a young girl.

At the heart of the play is the aspiring writer, who wants nothing more than the acknowledgement of his mother and goes to fatal lengths in order to achieve it. (The comparison to Hamlet has been often been made in this respect).

The allure of the lake has the effect of Sleeping Beauty’s castle; everyone who sets foot there is suspended in time, frozen in place. Real life seems to go on somewhere else. It is a candid and unforgiving look at escapism and realities, misplaced love, youthful idealism and the surrender of old age.

Even the dreams of the young characters do not necessarily deserve to be realized. For Chekhov there is nothing tragic in people having to reconcile aspirations with the ordinary demands of living.

I have crafted the text for those actors and their unique talents – a really special feature for Segal audiences.

Regrettably, over the years, Chekhov in Canada has become associated with heavy handed meditations on ennui; mournful characters wistfully yearning for faraway places on romantic old estates in Russia, weighed down in sentimentality and nostalgia. While nothing could be further from the essence of Chekhovian dramaturgy – we want with this production to dispel these notions of a depressed world – and instead offer the extremes of emotion and tone; a production that is as sharp and comic as it is tragic – and above all, fresh and relevant for audiences in Montreal today.

I have created my own adaptation of the play in an effort to provide a theatrical language that is fresh and modern – without interpreting Chekhov through another cultural filter which exists in current British and American versions. Tom Stoppard, (who translated the play in 2000) said, “You can’t have too many English Seagulls: at the intersection of all of them, the Russian one will be forever elusive.” Some of Canada’s finest classical and contemporary actors have been assembled for this production, including Krista Colosimo, Patrick Costello, Shannon Currie, Diane D’Aquila, Danielle Desormeaux, Marcel Jeannin, Lucy Peacock, Michel Perron, Patrick McManus, and Andrew Shaver. I have crafted the text for those actors and their unique talents – a really special feature for Segal audiences.

This is the first production of a full length play by Chekhov at the Segal Centre.

The Seagull runs Feb. 2 - 16
See also: the promo video for the production
Posted by THE CHARLEBOIS POST at 12:02 AM