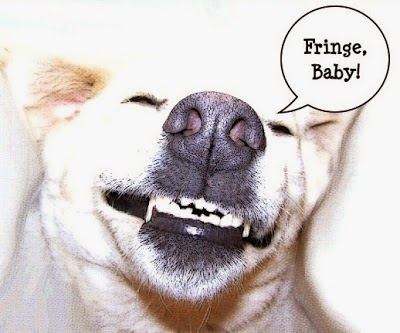 Here are the articles which have appeared about the Fringe circuit in 2014. For REVIEWS of Fringe shows, click here.

Articles worth a second look from our coverage from last year
- Keir Cutler on the "I'm a Genius!" syndrome - what artists are NOT learning as they tour
- Janis La Couvée on How to Promote Your Fringe Show
- Fringe Rules - Thoughts for producers, organizers, reviewers and audience
Also check out our index of regular features for columns of interest to Fringers: On the Fringe With Nancy Kenny, creating a/broad by Cameryn Moore and jackDawe by TJ Dawe.