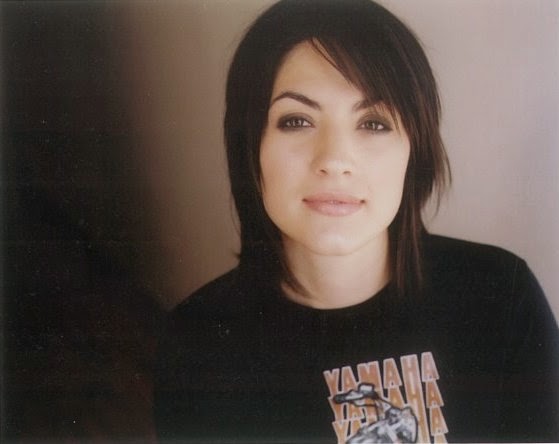 Beyond Documentary
by Lindsay Wilson

Lindsay Wilson is a graduate of the Ryerson Theatre School in Toronto, Ontario and recently completed her M.A. in Creative Writing at Concordia University. She works as an actor, writer and director. Past projects include directing Final Girl at The Freestanding Room in 2012 and co-directing and re-mounting Jesus Jell-O: The Miraculous Confection - winner of the Montreal Fringe 2010 Mainline Award - at Mainline Theatre in Montreal in early December 2010. Her play Puck Bunny, presented during the 2009 Montreal and Toronto Fringe Festivals, was selected for the Long-Distance Dramaturgy Project with She Said Yes! Theatre in Newfoundland for its 2009 – 2010 season. She worked for two years as an invited artist with The Witchcraft Project, an interdisciplinary project at Concordia University. Ms Wilson was awarded a Conseils des arts et lettres du Québec grant for research and development, as well as a grant from the Cole Foundation’s Intercultural Conversations programme,  for her show Blind,  about witchcraft-related albino killings in Tanzania.

“Retaining their role of storyteller, figurehead at the prow of memory. The legacy will otherwise be lost - night after night, wave upon wave, the whispers take up the tale, even before the child can understand, even before she finds her words of light, before she speaks in her turn and so that she will not speak alone...” - Assia Djebar (Trans. Dorothy S. Blair.)

There are so many factors that go into offering aid to another country; almost as many as go into telling stories. Especially when the stories are from a culture not your own. In ‘Blind’ I chose to write about the murders of people with albinism in East Africa. I am born-and-raised Canadian. In getting to know more about the context behind the attacks, I came to better understand the politics in the region, the culture, and the many stories that exist about witchcraft and people with albinism. Myths abound: albinos are not human; they disappear when they die; they are born this way because they have been cursed by their ancestors - these are a few, and there are many more. They are targeted because it is believed by some that albino body parts hold magical powers. These myths differ depending on the area of the country you are in but they have existed for a very long time.

‘Blind’ began when Alison Darcy and I were asked to create a short piece based on the subject of witchcraft. Alison brought in some photos to share; one of which caught my attention. It was a photo with a blind child at the centre of the photograph surrounded by other students, most of whom were children with albinism. I was curious about the blind child. I was curious about his voice, and how he might make sense of the stories of the students around him. After some research I came to understand that the children I saw in the photograph were targets for corrupt traditional healers who wanted to cull their body parts and sell them for money. The children were at this school in an effort on the part of the Tanzanian government to make sure they were safe and accounted for. The reason for this? There are over 100,000 people with albinism in Tanzania. There has been an increase of attacks on people with albinism since 2000. Many attacks still go unreported. Children are among the most vulnerable.


I was told that traditional healing (a term I prefer to ‘witchcraft’) is a well-known secret, most people go.

The story about the violent murders and disfigurement of people with albinism in East Africa broke in the international press during the Kenyan elections of 2007. News stories linked the murders to the practice of witchcraft. There was little mention as to why the numbers of attacks grew so quickly at this particular time. The international press flocked to Tanzania to cover the story, make documentaries, and take pictures.
I arrived in Tanzania in 2011 and travelled with an NGO called Under the Same Sun. When I arrived, we flew to Mwanza, an area in the north where many attacks took place. We went to evaluate the schools that the albino children were placed in by the government. It was the hope of Under the Same Sun to use the information we collected to apply for more funding.
We were given a quick training session by UNICEF on how to talk to, interview, and look at children. I was asked to observe, document and take pictures. I partook in end-of-day discussions with Under the Same Sun and UNICEF about what we had seen. During this time I learned that although it was four years on, the threat to people with albinism was still very present. We travelled with a ‘logistics organizer’ who was also a body guard to protect the people with albinism in my group. He was also there to protect the executive director who received death threats from corrupt traditional healers who resented the work she did. I learned that many of the children I would go on to meet had been internally displaced since 2007, with no plan in place to return them safely to their families. I learned that the resources of the Tanzanian government and the schools were stretched very thin; I learned that the political conflict had been one of the main factors that fuelled the killings of people with albinism. It is politicians that can afford to buy these charms. They believe that buying the body parts will increase their chances of winning an election by attracting success and power to them. The killings rose in correlation to the bloody struggle going on for the presidency in Kenya in 2007. Even in Tanzania, a relatively stable and peaceful country, belief can be strong.

In 2008 in response to international attention, the Tanzanian president banned traditional healers in an effort to show that he took the situation seriously. The ban stayed for eight months, it ended when the president lifted it because Tanzanian elections were approaching and politicians wanted to be able to visit healers. I was told that traditional healing (a term I prefer to ‘witchcraft’) is a well-known secret, most people go. Here’s where the issue gets more complicated: traditional healing and traditional healers are very important leaders and teachers in Tanzania. They help many communities and can be the best ally against corrupt practices. The answer isn’t to ban traditional healers - they are grass-roots leaders and an important source of healing in their communities - the answer is to target those that are corrupt.
The fear (and rightfully so) is that you’ll reactivate a child’s grief and shame.

‘Blind’ really began to take shape with the visits to the schools. The children in my play are drawn from my experiences with the children at these schools. One young boy with albinism named Kevi would wait for us to come see him at the school. He would wait for us, behind the gate, hanging off its bars. He followed the evaluation team everywhere. Although we were warned not to play favourites with the children, he was a boy who very obviously needed care and attention. Another boy named Joseph, who was blind, and spoke impeccable English, wanted to go to university when he left. The children at this particular school took care of each other. They once told us in an interview, “We have nowhere solid to hold onto.” Whose responsibility were they? The government’s? The NGO’s? UNICEF’s? The older children took care of the younger ones and it was the resilience and love I saw in the children towards each other that shaped what ‘Blind’ has become. Because the children have nowhere to hold onto, they hold onto each other.
The play has taken about three years to develop. It is difficult to write about another culture as it raises questions about appropriation. I knew that I wanted the play to be the children’s story but how I would tell it was a struggle for me. I knew that at the heart was the conflict I felt about trying to help and observing / witnessing people’s pain and trauma and not knowing what to do with it. We were given questions to ask the children at the school; I took photos of the children and the school but we couldn’t ask them questions about what had brought them there. The fear (and rightfully so) is that you’ll reactivate a child’s grief and shame. If they share what brought them to the school, you’re asking them to relive something very painful, and then you leave. And they stay where they are. If nothing changes after they tell you their story it can reaffirm a child’s sense of helplessness over their own narrative.
With ‘Blind’ I want to go beyond lurid documentary

When I was there I was fortunate enough to have met with Tanzanian theatre artists. Theatre is different there. It incorporates elements of poetry recitation, storytelling, dance, and acting. The storytelling aspect of Tanzanian theatre spoke to me. My dramaturge, Deena Aziz, and I, discussed how powerful taking back one’s personal narrative is. I imagined the blind child in the photograph as a storyteller who could take the troubled stories of his albino friends and transform them into something that could allow them to heal. They could sing to each other, tell stories, they could transform and heal each other. This, of course, is tremendous pressure for a child to bear, so the witness / observer in ‘Blind’ - a young woman named Hannah who comes from Canada to help - plays an important role. She becomes the person who can listen to this child’s story, and by listening allows him to place himself at the centre of his story. She is the one person who doesn’t pressure him to act other than himself and sees something remarkable in him: he is a healer. He is not placing the impetus to act in Hannah’s hands; he is becoming the owner of his story and then can move forward to heal others by allowing them to do the same.
One more thought, when documentaries are shown about the attacks, because the West lives in a 24-hour news cycle, they are often dramatic and gruesome in an attempt to shock us and hold our attention. What this means is that we are watching a very narrow presentation of the issues. Documentaries leave so much out, and consequently our understanding of events lacks context and depth. It also means that we quickly forget. However, even if we stop watching, it doesn’t mean the story is over.

With ‘Blind’ I want to go beyond lurid documentary and show the richness and majesty of Tanzanian myths, stories, traditions, religions and politics. It is very important to start incorporating a greater awareness into the aid process. Finally, I want to show that a culture’s stories are integral to understanding incomprehensible events, and to healing people after trauma.