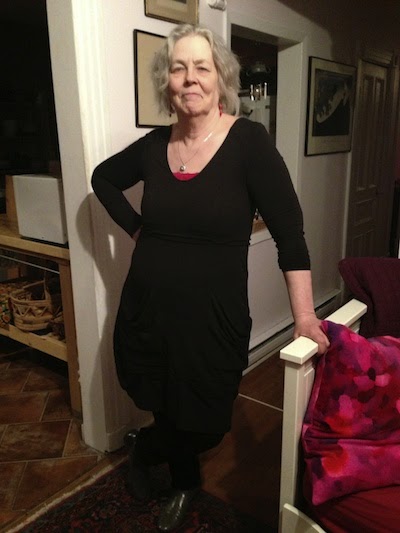 I don't train actors, I train citizens
by Lib Spry

Lib Spry has worked for 50 years as director, playwright, teacher, performer and translator in physical, popular, TYA and site-specific theatre in Canada, the USA, the UK and France. She is founder of Straight Stitching Productions, Passionate Balance and Theatre Agile. Recent work: directing Letters to My Grandma and Where the Blood Mixes for Teesri Duniya Theatre, writing and performing her solo Trance For Matron at the 2013 Montreal Fringe, devising We Are Old! We Are Wonderful! with Montreal seniors’ group RECAA, and co-creating Luna Allison’s Falling Open.


You want to inspire the spirit as well as the mind, as well as the body, as well as, perhaps, things we can't put our fingers on or can't describe. Therefore, those unknowns have to be free to work and they won't be unless you have a free body, a free feeling, and a good feeling about work.
George Luscombe

Reading these conversations between George Luscombe and Toronto director, actor playwright and teacher Steven Bush, I found myself wondering how many people in today's Canadian theatre have heard of Luscombe? Is he, his ideas, and the 30 years of dedicated and inspiring work he put in at Toronto Workshop Productions (TWP)  a major section in every Canadian Theatre History class? Are students researching his use of Laban's Efforts or comparing his interpretation of Stanislavski with others?  Do the hopeful founders of new companies look at his creation of a true ensemble and scheme how to emulate him?  Do directors dream of having the time and money to gain the commitment from actors to stay long enough to train them in exacting ways of working together? I suspect not, which is a pity. His vision, his rigour, and his methods should be part and parcel of our daily work in the theatre.

I was surprised to discover in these conversations that Luscombe was a fervent believer in Stanislavski.

Luscombe's 1960 production of Hey Rube, performed in a 60 seat theatre in an old factory in what is now trendy Liberty Village in Toronto, was, to quote critic and Tarragon artistic director Urjo Kureda's memorial tribute  "...a signal event, jump-starting the city's alternative theatre revolution."  By the time I first saw the company they had moved to 12 Alexander Street in the central core of the city. I remember being blown away by TWP's physically exciting, theatrically inspiring and politically unambiguous productions.  Do people who go to Buddies in Bad Times nowadays know that once this building was the home of the exciting vanguard alternative theatre dedicated to making political theatre in Toronto? We need to know about George Luscombe

To be fully transparent: Steven Bush has been a friend and colleague since those days when he was one of the TWP actors and it was my ambition to work for George. My one chance to audition for him was for a replacement role so I did not experience the weeks-long audition process he put most people through. It was a brief and unnerving experience as this intense, energetic man, my hero, sat silent and still, not taking his laser eyes off me for a second as I worked my way though my speeches. Then he sighed. I didn't get the job.

Reading this book and listening to the cd of these conversations, I now know why I found his work so exciting. And why he didn't hire me.  TWP was the home of the type of theatre I have always dreamed of and worked towards - physical, intelligent, funny, political, gut-wrenching, but in those days I had no idea how to do it. George did.

He believed that everyone involved - playwrights, designers, musicians, technicians - needed to be at every rehearsal with the actors

"I don't train actors, I train citizens" he declared and dedicated himself to creating, again and again, trained, paid, ensembles committed to the ideas of showing how and what, who and where and why the world was the way it was.  He did it theatrically, entertainingly and with the actors central to the telling of each theatrical tale. He believed that actors' bodies, if properly trained, can create any reality: a train, a lake, a depression-era prairie. He believed that everyone involved - playwrights, designers, musicians, technicians - needed to be at every rehearsal with the actors and director so that the productions were created together. He hired his actors on yearly contracts, and gave them a then revolutionary two weeks paid holiday. In return for a regular salary they were expected to not let themselves be distracted by film or television work, but to focus on their jobs at TWP.  He trained them in Laban's Efforts he had learnt while an actor with Joan Littlewood's Theatre Workshop in England, and once learnt the Ensemble worked on them every day as they were key to his method of working. Taking the time needed to create and rehearse the show was also key to his process. Every three years or so, Luscombe would lose some, or all, of his actors, picked off by the rest of the theatre community, and he would have to hire a new group, train them in the Efforts again, teach them his rigorous scene analysis process which he took from Stanislavski, and introduce them to the improvisation, exploration and creation of scripts (new and old) that was his way of working.

I was surprised to discover in these conversations that Luscombe was a fervent believer in Stanislavski. The shows I saw did not have anything in them that I then associated with Stanislavski - they were physical, lively, fun, thought-provoking and even in the most emotional of moments, it was the audience whose guts were being wrung, rather than the actor's. But at that point my only reference was Strasberg's version that we know as The Method, which Luscombe, in his iconoclastic way, dismissed simply as "a wrong interpretation." For him, Stanislavski was all about the physical expression of action: identifying and naming each Unit, identifying each actor's purpose within each Unit, identifying the Through-Line of the play through the Units, throwing out a Unit if it did not fit into the Through-Line and then, actors up on their feet, finding which of Laban's Efforts worked for which moment for each character - a combination of intellectual, physical, and psychological work.

Luscombe's interpretation of Stanislavski is one of the joys of this book.  As is his very clear explanation of Laban's Efforts. It is both a manual of acting, a discussion of what theatre is or should be, and a chance to get a glimpse of a man whose influence on Canadian theatre is greater than he himself believed. Not for nothing did Urjo Kareda call him "Our father." 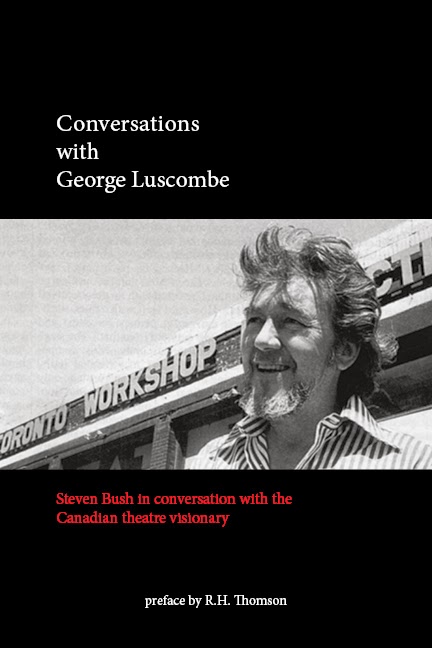 He had his contradictions. He himself admits he was a disciplinarian, and was certain that he, as director, was the person who should weave the input from all these people into the final production.  He had the final say. "This Unit is not part of the Through Line," he would decide and out it would go. How playwrights must have hated him! But he was dedicated to the story being told clearly and justly. If something was unnecessary, out it went. It is clear from the conservations and from the various memorial tributes included in the book that he was not always an easy man to get on with. He was famous for his rants and, as Steven says, made intolerance a virtue.  But his theatre was filled with the truth he always sought and even his failures, and of course there were some of those, were a challenge to us all as to what theatre can be.

By choosing to sit down and talk to Luscombe, and letting us hear and read the results of their talks, Bush has found a unique way for us to understand and be inspired by this man.  The fact that the discussions, held in 1996, took so long to get published reflects, sadly, the lack of interest in one of the most important people in Canadian theatre. I urge theatre students, scholars, actors, directors and hopeful company builders to read this book and listen to the cd included, where we can hear George's passion, pleasure and love for theatre as he talks.

Anyone in Ottawa please note:

THEATRE, POLITICS AND EDUCATION: LEARNING FROM THE LEGACY OF GEORGE LUSCOMBE AND TORONTO WORKSHOP PRODUCTIONS (TWP).

A panel of practitioners will discuss the interconnection between Education, Activism and Theatre and some of the challenges we face in 2014 in all these areas. Panelists: Lib Spry, J. Douglas Campbell, Steven Bush and others with Nick Aplin chairing.

Question and Answer time and Free Discussion with the audience will follow the panelists’ presentations.