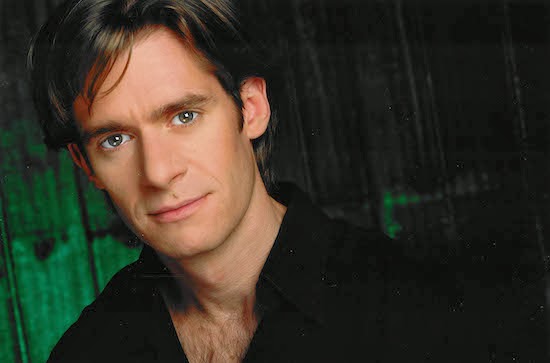 Brett Christopher has been an active member of the Canadian theatre community since graduating from George Brown theatre school in 2001.  Celebrated as both a professional actor and director, he has worked with a variety of theatre companies including, but not limited to:  Canadian Stage, Stratford Festival, Buddies in Bad Times Theatre, Theatre by the Bay, Segal Theatre, Thousand Islands Playhouse, Western Canada Theatre, Magnus Theatre, Sunshine Festival, Port Hope Festival, Actors Repertory Company, and Convergence Theatre.  He is also the recipient of both the Masques and MECCA Awards for his performance of the solo show I Am My Own Wife at the Saidye Bronfman Centre in Montreal.  Before coming to Theatre Kingston, Brett was the Head of Marketing and Development/Artistic Associate at Gananoque’s Thousand Islands Playhouse under Artistic Director Greg Wanless.  Currently, he is the Artistic Producer of Theatre Kingston, sits on the Kingston Arts Council’s Advocacy Committee, and is the Chair of the City of Kingston’s Arts Advisory Committee.

CHARPO:  First, tell us about you - especially the part of the journey that brought you to Kingston.

CHRISTOPHER: I had been a Queen's University student in the early 90s and then had left for theatre school in Toronto. But, as luck would have it, I ended up falling for and marrying a native Kingstonian. After a decade together in Toronto, we decided that it was time to move to a smaller community. In all honesty, it wasn't a very difficult decision - I was working consistently as an actor in Toronto but even more consistently on assorted mind-numbing 'joe-jobs'. I decided that, while I wanted to stay active in the theatre community, I needed something stable in order to raise a family. The opportunity at Theatre Kingston came along and I was lucky enough to land the job. It is an ideal situation because I have been able to continue to work as an actor/director in the industry as well as an administrator here at home. Each of those responsibilities informs the other and has made me so much more understanding of the extraordinary amount of effort that goes into each piece of theatre on this country's stages.


In Kingston, I need to plan far in advance, negotiate (beg) people out of their own homes, pay for accommodations/travel, etc.

CHARPO:  Tell us about your community. Do they make it easy or difficult to run a professional company?

CHRISTOPHER: Haha. That's a pretty loaded question! I've tiptoed through that minefield before... I'm going to sit on the fence and say both. Traditionally, professional theatre has had a difficult time taking root in Kingston. There have been many concerted efforts, but companies have either packed up their bags and moved to Toronto or just packed them up completely. Kingston has a long-standing, incredibly strong amateur theatre community that has spawned wonderful artists that everyone would recognize: Randy Hughson, Chilina Kennedy, Judith Thompson, Carolyn Hetherington, Maev Beaty, Jacob James, and many more. The challenging part about producing professional work in a city like that is how much discussion is required around the importance of artistry, training, remuneration, why someone would make a choice to earn a living as a performing artist and what they contribute to society. Having said that, we have made many inroads by keeping the lines of communication open with these groups: hosting workshops, meetings, informal gatherings, invitations to our openings, we even co-produced something last season. I really believe that it is important for all 'levels' of theatre to co-exist in a community and for audiences to enjoy their role in each case, whether supporting friends/family, having a night of entertainment, or seeking a transformative experience. The key is to not allow defensiveness and jealousy creep in - applaud each other's success because, truly, theatre begets more theatre.

CHARPO:  What is your talent base like in Kingston?

CHRISTOPHER: I'm lucky to produce theatre close to the Thousand Islands Playhouse in Gananoque and the Queen's University Drama Dept - both of whom have some wonderful technical people on staff. However, in terms of card-carrying, working CAEA members, you could probably count them on two hands. One of the great challenges of producing theatre outside of the major urban centres, is how few artists you have within arm's reach - in Toronto, I could call a group of friends and do a reading/fundraiser/production. In Kingston, I need to plan far in advance, negotiate (beg) people out of their own homes, pay for accommodations/travel, etc. It adds a great deal of expense and time to the work that we do. But if I want to create work that is as strong and impactful as one would find on a stage in Montreal or Toronto, this is a necessary part of my process. I also think that it is important for audiences (and emerging artists) in Kingston to have the opportunity to experience a Peter Hartwell-designed set (Red), or a Alan Dilworth-directed play (Blue/Orange) and to see what training and experience can bring to a production. Having said all of that, I do make a concerted effort to reach out to Kingston-based or displaced Kingstonians for our shows - casting Randy Hughson or Carolyn Hetherington is a wonderful way of blending our audience's expectation of their experience:  "I knew Randy in high school." with "His performance was deeply affecting."

How on Earth have I earned this privilege??

CHARPO: You have fairly eclectic seasons - Canadian plays, American plays - dark comedy like Vigil, proven hits like Red. Does every production represent a chancy thing or is your audience open to just about anything?

CHRISTOPHER: The biggest limitation on programming in Kingston is venue.  We currently operate out of the Baby Grand studio theatre which has 70 seats and nowhere to hide, so plays have to be very carefully chosen to suit that space. Absolute intimacy with the production. Almost filmic.  Plays like Vigil, Red, Blue/Orange - strong scripts, single location, pressure-cookers with powerful performers resonate very deeply with our audiences. I'm not afraid to call the plays 'small and smart'.  Having said that, budget is always a major concern because the potential ticket revenue in a room that size is very limited. We have a wonderful, dedicated audience base who are not afraid to think - the next step will be moving beyond those walls and finding opportunities to engage a wider audience in Kingston. Keep the wonderful relationship we have with our current audience but spread our reach somewhat to represent the art form to more people in our community. There are a lot of people in this city that would not set foot in a theatre, so we need to conceive ways to bring the theatre to them.

CHARPO:  Like all bosses, I suspect you're planning next season. Anything you want to share with our readers?

CHRISTOPHER: Hmm - the 14-15 season announcement is still a little ways away but I can leak that we are currently commissioning Judith Thompson to write a play inspired by author Merilyn Simonds' Kingston-set novel, The Convict Lover. (Like many Canadian theatre artists of my generation, Ms Thompson was a huge inspiration growing up - her plays resonate so very deeply.  When I'm sitting having a coffee with her bandying about ideas and themes for a play, I really do have to pinch myself.  (How on Earth have I earned this privilege??)  That script will be workshopped in October with a full production slated for May 2015. In fact, we're currently in preliminary discussions with Corrections Canada about producing the play in the recently shuttered Kingston Penitentiary, a maximum security prison that sits in the middle of Kingston. That would truly be a dream project to construct a piece of theatre in such a storied and haunting edifice - all my fingers are crossed on that one.
CHARPO: Dreams for the future? For you and the company?

CHRISTOPHER: Many. Build a theatre, bigger budgets, bigger shows, national tours, more staff, take over the world. Seriously though, I am driven by the mantra: "Make theatre necessary." There are so many reasons not to attend, not to subscribe, not to donate that we need to continue to renegotiate our relationship with audiences and what sort of experience we provide them. I read a marketing piece yesterday for another company selling tickets with the saying: "Support Live Theatre." Death! Yes, definitely, if you attend our theatre and it is important to you and you wish for it to continue and for others to see it, then donate. But don't tell me that I should buy a ticket to "support" theatre. Instead, produce work that I yearn for, that I need, that fulfills me in some way, then I will buy a ticket.

As an artistic director, I know that it will be time for me to move on when I'm just programming to 'fill' slots in the season. Until then, I'm in it to change the world...starting with Kingston, ON.