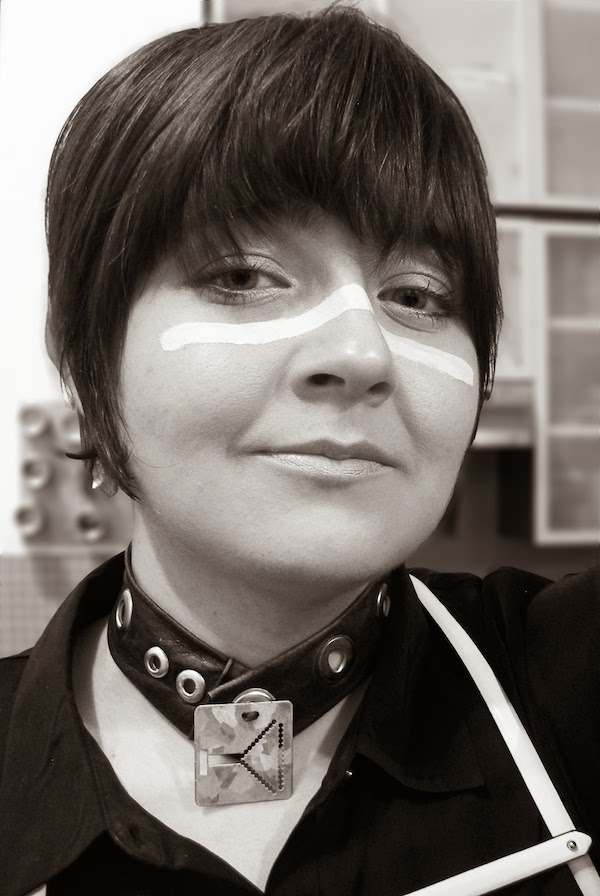 Vivisecting a brain: an exercise in flexibility
by Natalia Tcherniak

Natalia Tcherniak, a graduate of both the University of British Columbia and Carleton University, spends her day working in the architecture field. However, at night, she transforms into a visual artist and designer, having created sets for productions of Six Degrees of Separation (Pink Shirt Productions) and Five Women Wearing the Same Dress (Carleton University Theatre Production Workshop). She has also performed on the stages of The Tranzac Club, Tallulah’s Cabaret and The Penthouse.

One of the things the director, Andrew Freund, established in our first meeting was that this set would abandon any known conventions for set design. We were not about to embark on a unit set with naturalistic doors and walls. Our production of Frozen would use an environmental design to surround the audience and fill the entire room in which the play would be staged.
Fulfilling that mission wouldn’t be an issue for me since I enter the world of theatre from a background in architecture. Coming from that training, this design proved to be a test of how flexible my skills are, since I would have to establish my own set of rules and reference points to measure the success of the world I was creating. Whether it was evocative and revelatory would be more important than if it was functional and, of course, it would have to be easily constructed and removed.


To proceed into this unfamiliar territory of environmental theatre, I analyzed the script. Having a single source to rely on, a strong foundation like Bryony Lavery’s text grounded the main principles of how to divide the space and how it would be used by the characters, so that my head wasn’t just filled with ideas floating in space. I took apart the script, page by page, scene by scene – and there are 30 scenes and almost as many settings – to examine the individual components, like characters, cues and props (which also became my responsibility), in order to distill an overall concept of the play that could be realized in both time and space.
Here’s where having a strong interest in conceptual art enabled me to connect the words of the text with its implied meanings to physical forms and objects that remain open to interpretation. 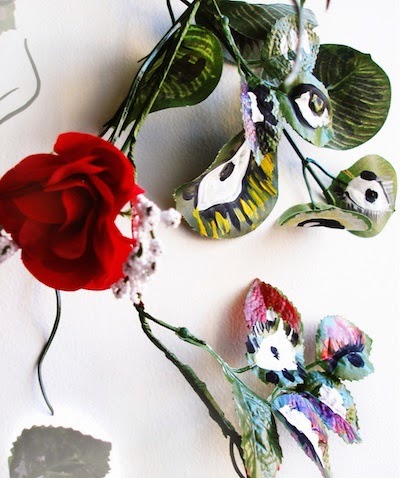 Borrowing from Agnetha, one of the players and a psychiatric explorer, I realized that this environmental set would map out the headspace of the three characters: their logic, mindset, as well as their development. In each person’s zone, the visible set pieces would have to be legible for the audience, if not necessarily literal, in order to hint at the complexity behind the script’s words. That complexity stems from layers of meaning, loose associations, connections and disconnections within and between the characters. For example, in the second scene of the play, Nancy mentions different gardening techniques and her daughters wearing make-up at a young age; I took these particular ideas quite literally: what if you were to treat a manicured garden through the application of make-up on its leaves and flowers? That creates an uncanny feeling since it can be read as a gesture that personifies young girls, or commemorates a relationship between mother and daughter, or an omnipresent reminder of the situation with Nancy’s missing child? The ultimate interpretation is left up to the audience and nothing can be misconstrued.
One of the key points for our production was the deconstruction of audience expectations and the reconstruction of The Box as a theatre that defines audience in a way that allows boundaries to be blurred, with set spilling into spatial environment. Meaning that, for those coming to see Frozen, they shouldn’t expect to sit in the dark and casually watch this play: the play also watches you.
Another test of my flexibility was fitting the show inside The Box. Designing this set, for a space in an old coffin factory meant having to respond not only to physical dimensions and proportions, but also to the history associated with the space: its blocked out windows, loading doors, exposed structural and mechanical elements. Rather than trying to hide them to create a blank canvas, I focused on treating The Box as another character in the show, forcing it into an active supporting role to the artificially-created milieu.
Constructing a miniature universe out of the characters’ thoughts allows the process of reconstructing and reconnecting to occur inside the mind of the audience, as these people become products of their environment.
April 5 - 20
Posted by THE CHARLEBOIS POST at 12:01 AM