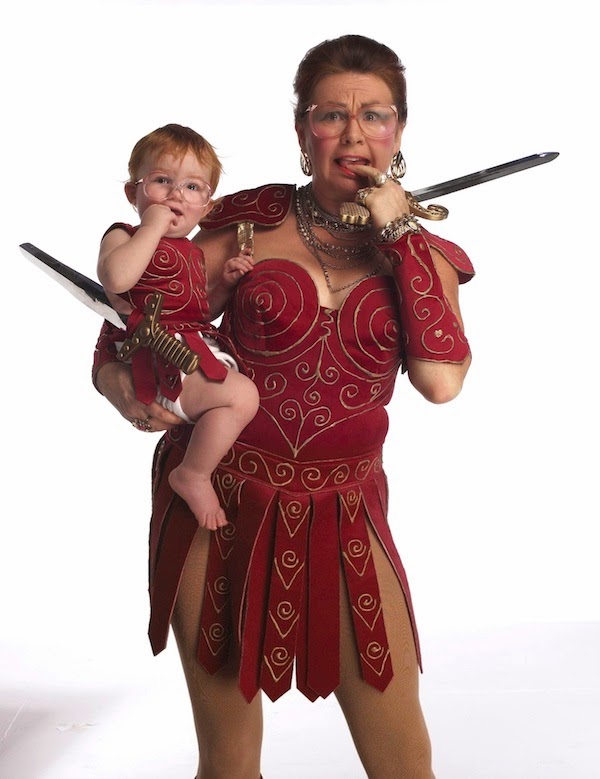 Only the Tickets Sell Out
by Jim Murchison

It really doesn’t matter what I say in this review as to the bottom line for the GCTC. The entire run is already sold out! There are no tickets to be had or sold barring inheriting one or an extension to the current run. People will tell you that there is no star system in Canada, but Mary Walsh appears to be an exception to the rule.
Mary Walsh has developed a story about Margaret Delahunty’s quest for her lost lovechild conceived during an adolescent fling at Expo 67, after breaking away from centennial pied piper Bobby Gimby. That’s the simple straightforward story, but there are many twists and turns and character changes on the wicked meandering road to the final chapter of the story. There are many changes of costume and character, most done in view of the audience and there are a number of sound bytes and rear screen projections that help Ms Walsh to have conversations with herself as another character or fill in parts of the storyline, the very few times that she actually leaves the stage.


The piece is co-directed by Ms Walsh and Codco alumnus Andy Jones and they know what works. “Dancing With Rage” is equally made up of sketch comedy, storytelling, rant and political protest. It is not autobiographical, but it is personal and succeeds on a comedic and emotional level. It taps into what is our quintessential Canadian identity. We distrust politicians and corporations and we like to bitch about the weather. It doesn’t matter if you’re urban, suburban or rural that is what we do.

If something happens politically during the run don’t be surprised to see it incorporated in the show. Ms Walsh already reworked the play to include commentary on Jim Flaherty’s resignation. In the volatile world we live in when communication happens in a nanosecond you can be sure Mary Walsh will be on it. For all the hoopla about Proud possibly insulting Stephen Harper, it was a love letter to him compared to Dancing with Rage. That is how it should be. Theatre and comedy should challenge and agitate; and it should make us think about the way we are and the way we would like to be, not by hitting us over the head with a hammer, but by engaging our minds or tickling us.

I don’t know what other critics think about the show. I make a point of not reading them right away, but I do know this, the audience had fun. In any event nothing I can say matters as much as those three little words. Sold Out Run!


Running Time: approximately 90 minutes with no intermission.
Posted by THE CHARLEBOIS POST at 7:25 PM