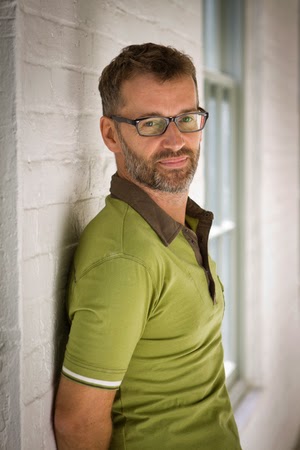 On How I Make Work
by Michael Trent

Toronto-based dance artist Michael Trent was appointed Artistic Director and Resident Choreographer of Dancemakers and the Centre for Creation in August 2006. He has garnered national recognition as a choreographer, dancer and teacher in a career spanning over twenty-five years. He is the co-recipient of the 2004 K.M. Hunter Award in dance, presented to Ontario-based artists who are making an impact in their field. Trent was nominated for a 2006 Dora Award for best performance in Louise Bédard’s Ce qu’il en reste, is a member of Project bk and the 8DaysII community. In 2000, Trent founded the empty collective, a crucible for the creation and presentation of collaborative projects that involve two or more media. The collective’s 2001 inaugural project, The Memory Show, brought together works by Trent, Sarah Chase and Laurence Lemieux. It subsequently toured to the National Arts Centre (Ottawa) and Dancing on the Edge Festival (Vancouver) with a repeat Toronto performance at Spring Rites. The collective’s second project, invisible borders, premiered at the Harbourfront Centre Theatre, Toronto, in November 2004 with work by Trent and guest artists Louise Bédard and Doug Varone. invisible borders was co-presented by DanceWorks and co-produced by the Dancemakers Centre for Creation in association with Le Groupe Dance Lab.

From the informal to the highly institutionalized - performance is made in a thousand different ways under a slew of structures.

Around
I’m in the  process of creation right now so my focus is in the studio. I have the pleasure of working with 14 exceptional artists on this : five resident company dancers, five emerging dancers, one dramaturge, a composer and lighting and costume designers. It’s a four week process which may seem like a normal amount of time if you’re producing a play with a script but we start ‘writing’ the show the day the collaborative team comes together. I bring a question or curiosity into the room that I am thinking about and researching but other than that we begin with a blank page. Scary and exhilarating. I love it.

The new dance is called Around. “Around” as in a circle, literally: the audience sits in a circle. And “Around” as in approximate, relative, ”It’s around 10 o’clock.” I like this contradiction between perfection of a circle and the inexactitude of estimation because life strives for the former but often ends up in the later. And I am OK with that. I love the grey area; it’s so much more fun.


Around is also an encounter between the company artists, myself and a group of five emerging artists who are participants in our Emerging Dance Artist Project (EDAP.) I’ve been working with young artists in a number of contexts for many years and relish the opportunity to meet their curiosities as I become more confident in my own value set. It shakes things up in useful ways.

#1:  I started with the idea that Around would be the act of encountering explored through discreet image building. The encounters are with the dancers’ own bodies, other bodies and the environment.

#2: Each dancer has built an improvisational practice of encountering. In rehearsal, they enter and come together in groups of 1 to 10. I love watching something emerge that we had not planned for; it speaks to the very nature of life.

Recently, we dealt with a question that came up at the very beginning of the process. Will the show be:

A) the dancers’ encountering practices in real time

B) a series of known worlds, stitched together artifacts and traces that have emerged while the dancers practiced their practice of encountering over the last four weeks?

The answer - as it so often is - is a bit of both. We will start in known worlds in which unexpected encounters can emerge.  So while working on A) in the frame of B), the dancers create memory-infused actions in the moment within a form that we have designed together.

So who is responsible for the dance? Questions of authorship and agency are constantly brought into question in a collaborative process and we work on these ethics daily.

And what does a dance company mean to me?

It’s a way of making work. It’s an array of inter-connected systems that support a philosophy of practice. It’s an entity that allows for risk taking and audience building through a sustained (sustainable) yet nimble infrastructure.

And a lot of work. Detailed, invigorating, relentless work.  And I love it.

Throughout my career, I have made dances as an independent artist (for my own empty collective) and under the auspices of a company (Dancemakers in Toronto).  They’re not that different from each other, except perhaps when it comes to scale.

There have been eight other artists who have led the company before me over Dancemakers 40 year history – Andraya Ciel Smith, Peggy Baker, Patricia Miner, Anna Blewchamp, Carol Anderson, Pat Fraser, Bill James and Serge Bennathan. I am happy to report that almost all are still working in dance, which is a testament to the kinds of great people who have come before me. It’s an honour to be in their company.

In my role as Artistic Director at Dancemakers, things outside the studio demand my attention daily. I work in partnership with the Executive Director to support the company and spread the word about our values and how we manifest them. Planning, budgeting, collaborating, dreaming, begging and thanking; I do a bit of all of these things every day.

It’s a multitasker’s dream job. And not for the faint of heart.