The Question... Rahul Varma on Bhopal 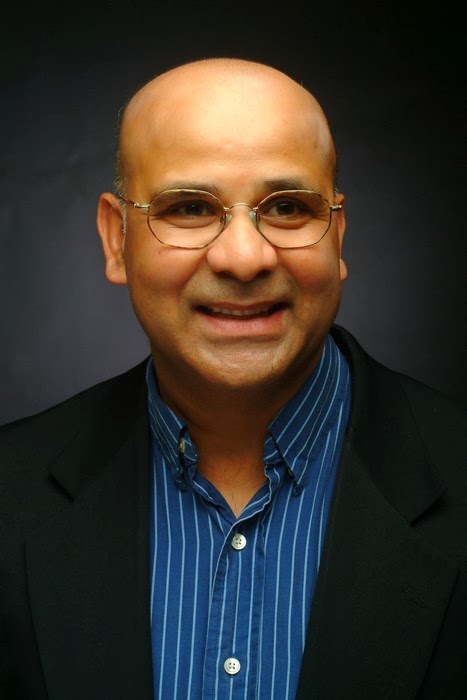 When safety is sacrificed for profit, there must be justice
by Rahul Varma

[This week The Question... asked Rahul Varma, Artistic Director of Teesri Duniya Theatre, about the background of Teesri Duniya's presentation of Bhopal including their upcoming commemorative presentation at Segal Centre for the Performing Arts January 16 to February 2. Born in India, Mr. Varma is a playwright and artistic director of Teesri Duniya Theatre which he co-founded in 1981. In 1998, with Kapil Bawa, he co-founded the theatre quarterly alt.theatre: cultural diversity and the stage.  He writes both in Hindi and English, a language he acquired as an adult. Some of his recent plays are Land Where the Trees Talk, No Man’s Land, Trading Injuries (radio drama), Counter Offence, Bhopal, Zahreeli Hawa, Truth and Treason, State of Denial and Khamosh Chiragan Di Dastaan.  His plays have been translated into French, Italian, Hindi and Punjabi. He is honoured to have worked with India’s pre-eminent artist Late Dr. Habib Tanvir. ]

On the night of December 2–3, 1984, the Union Carbide Pesticide plant located in Bhopal, India exploded, engulfing the city with a poisonous gas. Small children fell like flies, men and women vainly scurried for safety like wounded animals, only to collapse, breathless and blinded by the gas. By morning, the death toll was over 500, by sunset, 2,500. By the following day, numbers didn’t matter -- Bhopal had become the largest peace-time gas chamber in history. Over 25,000 people have died to date and counting.
The play Bhopal is about one of the world’s worst industrial disasters located in the city of Bhopal, India. The play derives its title from the city’s name.

The Bhopal gas disaster is the blueprint of industrial relationship between the West and the developing world. Typical mode of operation is development of the Third World through a process of industrialization, which would act as a driver of economic growth for the West, so that the latter may meet its consumers’ demand for luxury commodities at lower prices. So, the multinationals relocate their manufacturing to the developing countries where human rights conditions are poor, wages are low and environmental regulations are virtually nonexistent.

Under the banner of eradicating Third World poverty, multinationals eradicate the poor and pollute the air, water and soil. Lives and health of people becomes the cost of such development. The Bhopal disaster of 1984 and the disaster at the garment factory in Bangladesh in 2013 -- as well as famine, drought and soil erosion in between -- confirm that respect for life and human rights are not at all concerns of the multinationals.

Unequal conditions and cover-ups
The technology that is used in the developing world is inferior to the one used in the western countries and the chemicals that are manufactured there are usually banned in North America and Europe because of their hazardous nature.  This was well known to Union Carbide and the company covered up the ill-effects of its poisonous gases and deadly discharges that were leaking into the community. Nearby residents were experiencing diseases unknown to medical science, and animals near the company drainage pipe were dying. When animals were found dead near the pipe, the company responded with cash. It paid compensation to the animal owners in order to buy their silence.
Mini Bhopals
There has not been an industrial disaster of the same magnitude as that of 1984, but slow Bhopals have been happening all over the world all the time in the form of oil leak, pipeline, spillage, Lac Mégantic, and dumping of hazardous chemicals. There is abundant scientific evidence to establish that corporations’ policy of profit maximization is responsible for the disappearance of indigenous population, marine and mammalian species, shortage of water supply, deforestation, air, soil and water contamination.
Effects are intergenerational
Environmental disasters are one of the most recurring yet poorly addressed problems, particularly when it relates to women. For example, many young girls who survived the 1984 explosion are grown women now and giving birth to horribly deformed babies. Who would have thought that babies would be inheriting deformities from their own mothers because the mothers were forced to inhale poisoned gas three decades ago? Who knows what will be the consequences on the health of generations to come because Union Carbide and its new owner Dow Chemical continue to connive with the State and withhold information. What can one say about Dow Chemical, which was commissioned by the US government to produce napalm and Agent Orange during Vietnam War? Have victims of Agent Orange been rendered justice?
Miscarriage of Justice
In the aftermath of the explosion, the Union Carbide site has never been properly cleaned up. Chemical wastes continue to poison people living near the abandoned factory. Testing conducted by Greenpeace found cancer, brain-damage and birth-defect-causing chemicals in the soil and groundwater in and around the factory site, at levels up to 50 times higher than US Environmental Protection Agency safety limits. Mercury levels were 20,000 to 6 million times higher than levels accepted by the World Health Organization. A 2002 study by the Fact-Finding Mission on Bhopal found traces of lead and mercury in the breast milk of nursing women.

Survivors have not been properly compensated and culprits have not been brought to justice.  Warren Anderson, the CEO of now defunct Union Carbide lives as a free man in the US and has not been tried. It is hard to comprehend why India, a country that boasts having the strongest emerging economies, will ignore callous mass murder of her people in the name of progress and the State. And this is where theatre has a role to play: remind the public what governments ignore, examine what is kept off of public discourse and, value human life over profit.

Origin of play creation
I first learned about this explosion from television reports in Montreal Canada which had become my home since 1976. The next day, newspapers brought images of mass destruction of lives in Bhopal. Land was littered with dead bodies and bodies gripped in pain. These horrifying images of destruction relayed directly into our drawing rooms raised the question “why did this have to happen”, and then “how do I respond?” The quest for a response was precipitated by the image of a child named Zarina, which I saw in a documentary film called Bhopal: Beyond Genocide by Tapan Bose and Suhasini Mulay. The film traced the 18 days short life of Zarina, who was one of thousands of babies born after the explosion. The film showed the heart-wrenching body of Zarina – her heaving ribcage and her collapsed heart that could be seen through the lesion on her melting skin. Her autopsy report said, “Poisoned in her mother’s womb”. I asked myself if Zarina had lived longer, how would she describe her pain. Well, she didn’t live and at 18 days, she was too young to say anything. What could have been said, then, became my creative response culminating in the form of a play Bhopal which was later translated into Hindi mixed with Chattisgarhi as Zahreeli Hawa by iconic director, the late Habib Tanvir, into French by Paul Lefebvre and in Punjabi as Khamosh Chiragan Di Dastaan by Kewal Dhaliwal.

Bhopal: a fictional play
I created an imagined rather than a documentary play placing deeper emphasis on the social and political angles: discovering the drama, finding the action, and examining the politics and power-relationships that caused the disaster rather than the disaster as the outcome. As Picasso’s proverb goes “art is a lie that makes us realize the truth” and thus, in Bhopal the truth behind the social and political conflicts was extracted through the personal lives of  the play’s characters.

Why do disasters of this magnitude occur in the developing countries? Why do the very people who do not benefit from such developments have to pay with their lives? Do human lives in the Third World carry the same value as those in the western world? Is there compensation big enough to substitute a lost life? Why are the mothers in Bhopal, even after 25 years, giving birth to horribly deformed babies? What can be said about the babies who are inheriting deformities from their own mothers while still in the womb?

Bhopal is a Canadian Play
Although set in India, Bhopal is a Canadian play because it was crafted and developed in Canada and the Canadian characters are integrated into the storyline. The play breaks away from excruciating stereotypes of white people as spiritually starved, forlornly in search of God in combination of Hollywood and Bollywood.
Bhopal premiered in Montréal under the directorship of Jack Langedijk. In 2002 Habib Tanvir translated it into Hindi. Zahreeli Hawa was staged by Tanvir in six Indian cities including at the Prithvi Theatre Festival in 2003-2004. After its Indian production, I incorporated the songs into the English text of the play, which was produced by the Cahoots Theatre Projects (Toronto) under the direction of Guillermo Verdecchia. A French translation followed by dramaturge/director Paul Lefebvre. The play’s French language production premiered in Quebec City and Montreal with director Philippe Soldeville and was hailed for its high quality production value, and innovative use of live singing and dance by Aparna Sindhoor and world music. Bhopal was produced all across India from 2003-2013; it was also produced in the United States, Europe, Nepal, and was featured at the Prithvi Theatre Festival. In 2013 it was translated in Punjabi by Kewal Dhaliwal and produced by Manchrangmanch.