Bonus Feature: First Person - Stéphanie Morin-Robert on Me, Myself and Eye 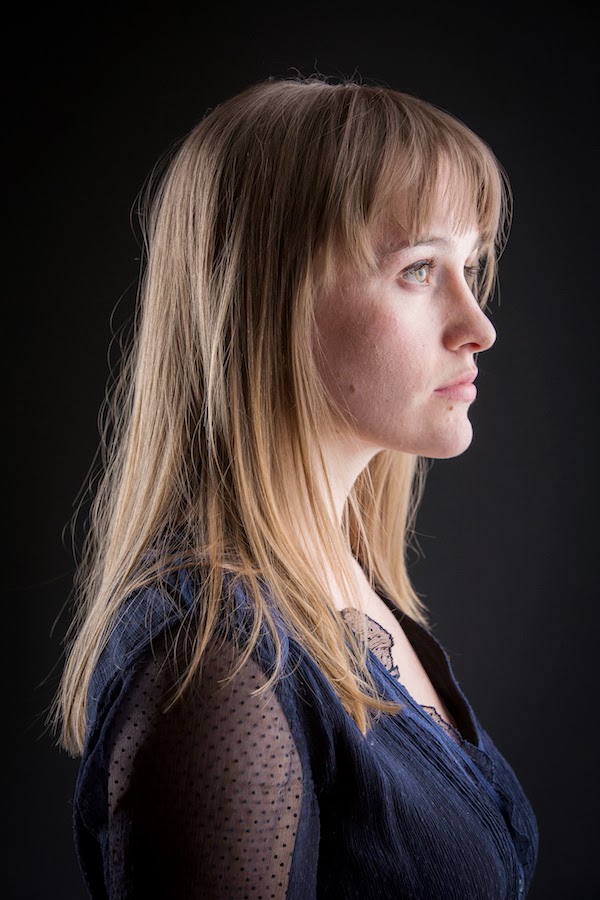 Multidisciplinary artist Stéphanie Morin-Robert graduated both from Cégep de Drummondville with a DEC in dance (2008) and Concordia University with a degree in Contemporary Dance (2011) where she was titled the most outstanding graduate underlining her successful run as a Fine Arts student. Ms Morin-Robert is the choreographer, artistic director and administrator for the company pour corps et lumière/for body and light (a collaboration with musician/spoken word artist Ian Ferrier) creating pieces that are intimately inspired by the memory, imagination, strength and fragility of the human body.  After a creative residency at L’arrêt de bus (Montreal, Québec) and at the Main & Station (Parrsboro, Nova Scotia) Ms Morin-Robert is presently continuing to develop her work at MainLine Theatre (Montreal, Québec), where she has been artist in residence since September 2013.  In Montréal, her work has been presented at the St-Ambroise Montréal FRINGE festival, Bouge d’ici dance festival, Mile End Poets festival, Carmagnole festival, Canadien Spoken Word festival and Phénomena festival.  With 40 confirmed performances in Montréal (QC), Ottawa (ON), Saskatoon (SK), Edmonton (AB), Victoria (BC) and Vancouver (BC) the company is currently planning a tour starting in February 2014 with a new show titled COMING AND GOING, that will be premiering at Tangente. Ms Morin-Robert recently joined the DIRTY FEET podcast team as a co-host and is a collaborating member of the multidisciplinary improvisation collective BODY SLAM directed by Greg Selinger.  She is also one of the eight artists selected to create and present work at studio 303’s Défi Edgy (Edgy Women) on March 9th at Sala Rossa.  Ms Morin-Robert currently works as Artist Liaison of the Montreal FRINGE festival and is Media Ticket Coordinator of the Just For Laughs PR team in Montreal.

Me, Myself & Eye is a story that merges authentic storytelling and movement.
An honest performance involving the multiple transitions experienced while facing self-discovery.

Over the last three years, I have been particularly interested in finding ways to re-connect with my personal experiences through childhood.  As life goes on, I’m finally starting to understand how much our upbringing has an impact on our adulthood and the people we become: an accumulation of moments overlapping each other to create something whole, like the layers of an onion.

Memories can be either very strong and vivid or blurry and disconnected. The most interesting challenges of true-life storytelling are the empty gaps we fall into when details are lost or unclear. If we really don’t remember, do we make up how we felt or how others reacted?  Do we ask for a second perspective?

One platform that has helped me to gradually revisit certain traumatic, hilarious and often ridiculous memories is Matt Goldberg’s storytelling event: Confabulation. It’s a very warm and welcoming platform for sharing true-life stories here in Montreal. This is where my hunger for working with storytelling started.

As a choreographer, I use voice as a tool to support a vivid storyline, but I also see it as an extension of the body. I incorporate movement to allow the story to breathe, to expand, to shift and to trace through time and space. I hope this recipe allows me to make contemporary dance and storytelling more accessible and relatable to a larger audience, letting them choose to connect one way or the other.

I don’t think she ever knew how much I looked up to her and how much of a role model she was for me.

When I was 2 years old, I was diagnosed with retinoblastoma, a tumour on the retina of my left eye. Not very long after the diagnosis, I had my eye removed to save my life. I don’t remember actually ever being able to see with two eyes, because I have been this way for as long as I could remember.

At the time, this was a very traumatic situation for everyone in my family…except me!  I was young and completely clueless as to how serious and life-changing this really was. I was being spoiled rotten and given a lot of love. What more can a girl ask for?

I had many insecurities that I had never dealt with, because I was so used to being surrounded by family and friends who always knew why I was different and were able to see past that…  I was protected by my own innocence. And I didn’t have a choice but to be strong at a very young age.

No matter how chaotic my family was while I was growing up, it was familiar to me and seemed normal at the time.  I never wanted or needed anything more because when something is completely absent from your life, it’s impossible to actually realize what’s missing, because it never really existed.

Paradoxically, this is a rich field for storytelling: finding out how much one’s own upbringing is a unique world with a rich cast of characters.

The extra attention I was receiving after the diagnoses was a lot more difficult on my big sister Jennifer, who from that point on, started to find ways to compete and ‘win’ my family’s attention back. Still to this day I feel that she holds it against me, even though it was and still is something that is completely out of my control. Even though this anger and jealously is not necessarily directed towards me. I don’t think she ever knew how much I looked up to her and how much of a role model she was for me. She would constantly be ‘playing with fire’, and this allowed me to learn from her mistakes and choose different paths. Being older made her cross unsteady bridges, sometimes destroying them, and falling through before I could even think of crossing.

I just wish I could have been old enough and strong enough to help her back up when she did fall.

I recall often feeling powerless when she would face problems and situations that were bigger than both of us put together. Whether it was her difficulty in math, her dramatic fashion changes or a constant struggle with feeling loved as she battled through abusive relationships and experimented with drugs….I really wish I could have been closer and more supportive. But I didn’t understand any of these things. I was young and sheltered from the truth of what she was going through.

Sheltered by my own innocence.

I didn’t tell ANYONE that I had a glass eye

We all have a little kid inside of us that just wants to be held, but we often create a wall to protect ourselves from feeling vulnerable and force ourselves to deal with it in a completely different way.

Me, Myself & Eye starts off with my 7-year-old-self having to change schools in the middle of the third grade, one of my most frightening experiences ever.

During most of the first year at this new school of mine, I didn’t tell ANYONE that I had a glass eye because I was ashamed and insecure. Insecure about something that seemed impossible to change.

Until my glass eye started to have a mind of its own by often falling out during the most unpredictable and embarrassing moments.

Until I discovered that having a glass eye was more like having an unattractive super power against all bullies and child-hating teachers.

Until I starting digging and digging deeper into my childhood memories and put together this show.

Email ThisBlogThis!Share to TwitterShare to FacebookShare to Pinterest
Labels: dance, me myself and eye, montreal, Stéphanie Morin-Robert