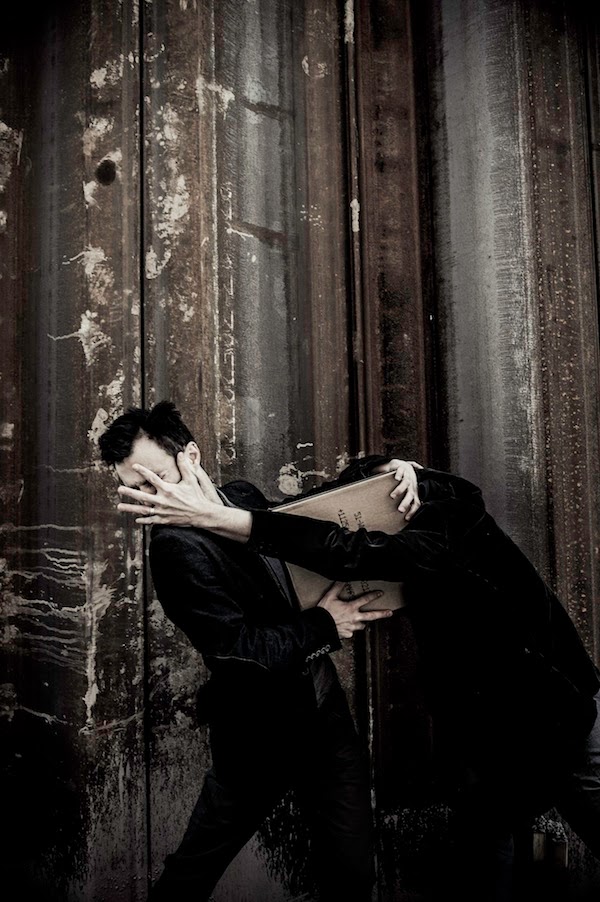 True Collaboration of inter-disciplinary artists is hard to find; there are a lot of combinations tried but few ever seem to effortlessly co-exist. Yet in La Valeur Des Choses playing now at La Chapelle until Jan. 25th Jacques Poulin-Denis has assembled a fantastic group of artists from Montreal and Vancouver. I had seen a work-in-progress showing of this piece as part of The Segal Centre’s dance residency program with Danse Danse in 2013.  At that point I was very intrigued where the piece would develop and what elements would be kept in future incarnations.


The core of the is in the title; The Value of Things, as both the text and mise-en-scène explore materialism, the imposing need for financial gain and how the world suffers from these constant demands from its population.  While this theme could have very easily slid into predictable hatred towards the banking system, capitalism, the Conservative government it offers a more philosophical and open approach. With more questions than answers, and a hesitant physical beginning, the piece offers an instant invitation that these are problems we all face. With recent rebellions such as the Occupy movement, the Montreal student protests of 2012 and various online attempts to de-stabilize the current system in some ways what we value and spend our money on is very personal.
It is this lonely and lost melancholy that really hit me during the piece, not a spewing outward but a reflection inward of why we surround ourselves with so much. We can say we have to have a cellphone, a computer, and tons of other devices but do ever really question this in our lives? This piece does with a fantastic use of cardboard boxes in every imaginable way and with an original music soundtrack that sets up a cinematic series of events that worked so well together. If variety is the spice of life then Jacques Poulin-Denis understands that a show with slow subtle movements also needs a crazy unexpected moment as well. This is provided in a rap song with a heavy beat, fur coats and boxes for shoes that was both hilarious and a little uncomfortable. While a great mock of current hip hop videos it also seemed a little cynical and typical in its send-up. Still this moment is one of very few that doesn’t fit exactly right in a show that has an addictive casual nature. Yet this casual nature is somehow the opposite of hipster or without care, there is a burning urgency to the questions posed by this show that will stay with me for a long time.
Jan 21 - 25
*  *  *  *  *
Chad Dembski's website
Chad's works will also be on tour:
FAREWELL VICTORIA - January 31st + February 1st 2014 - Winterlab Festival - Intrepid Theatre - Victoria, BCRhubarb! Festival - February 13th 2014 - 35 Performances for 35 years - Buddies in Bad Times Theatre
relay - March 5th + 6th 2014 - Public Recordings - STUK - Leuven, Belgium
Posted by THE CHARLEBOIS POST at 4:47 PM