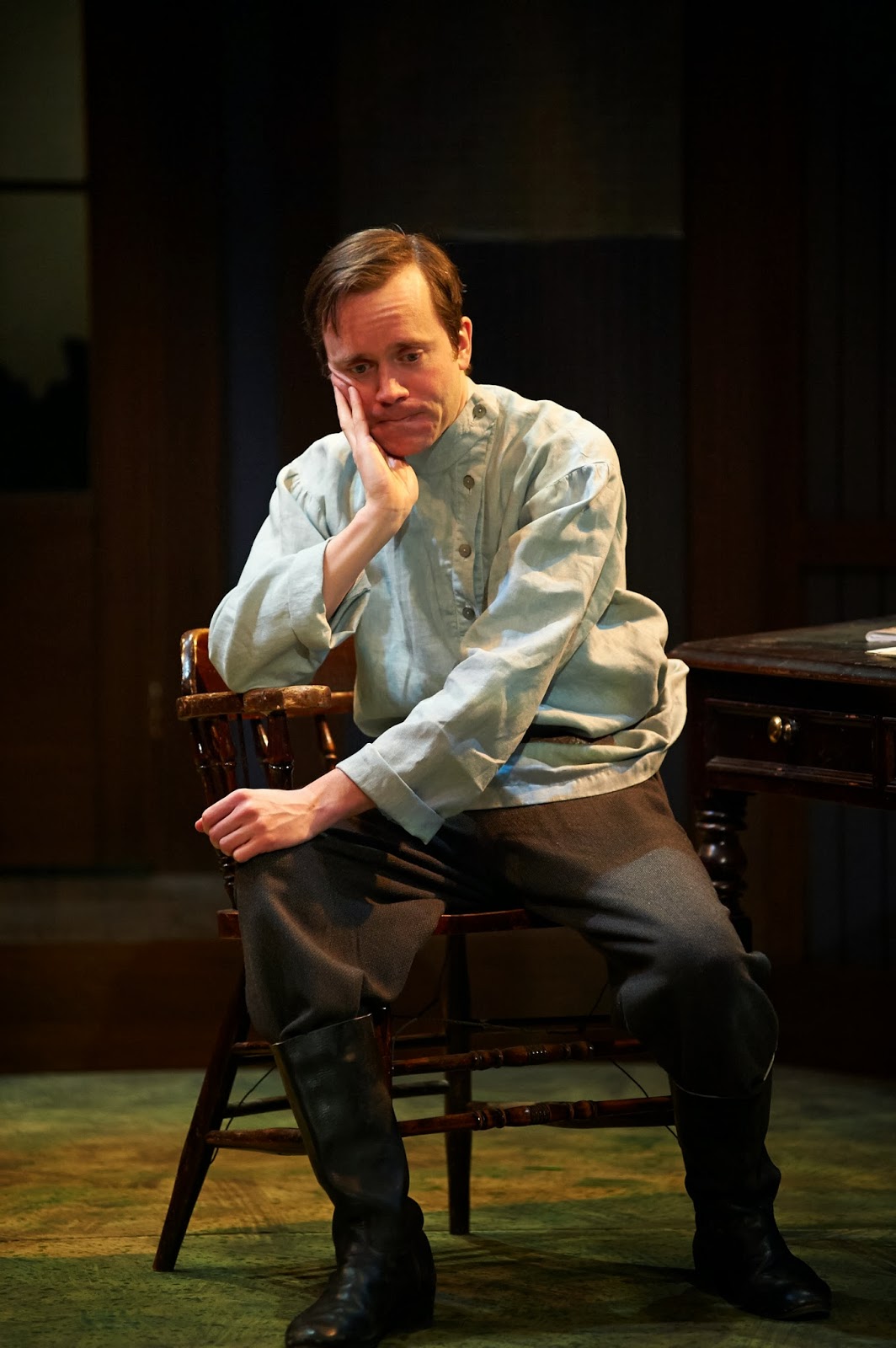 
I'm More Than a Bird
Unspoken regret is a Russian invention.
by Edgar Governo

It seems somewhat mystifying at first that the Royal Manitoba Theatre Centre would schedule an entire playwright festival around Anton Chekhov, as he was a much more prolific writer of short stories--his three other major plays (The Cherry Orchard, Three Sisters, and Uncle Vanya) are also being staged as part of ChekhovFest, but the bulk of the productions are more tangential adaptations and shows "inspired by" his body of work. Since Chekhov himself was continuously concerned with questioning the traditional art forms that had come before him, however, perhaps this is fitting.

The Seagull itself is concerned with these questions even more directly, as most of the main characters are people who produce (or wish they could produce) celebrated works of art. Boris Trigorin (Tom Rooney) is a noted writer of short stories engaged in love affairs with both the divaesque Irina Arkadina (Sharon Bajer) and later the aspiring actress Nina Zarechnaya (Bethany Jillard), who in turn is the object of affection for aspiring writer Constantin Treplyov (Tom Keenan), Arkadina's son. All of these artists and the others in their circle are at the estate of Arkadina's brother, Peter Sorin (Harry Nelken), who has retired after a long career in the Russian bureaucracy but wishes he could have spent his time writing instead.


All of these elements put together sound like they would live up to the stereotype--your standard Russian tale of unsatisfied people filled with endless despair.

Any work of fiction in which one or more of the characters is an author is also inevitably, to some extent, a comment on the author of the work itself, and the male characters in particular feel no different here. Constantine struggles to take theatre in a new direction, and Krista Jackson's direction around his play-within-a-play at the beginning of the show--with Constantine's audience approaching the stage along the aisles of the RMTC Warehouse--makes The Seagull's audience complicit in the eventual ridicule of his experimentation. (The Seagull was notoriously lambasted after its premiere in 1896, making this reaction seem prescient.) Trigorin has a more established career, but his most famous monologue is about hating his own success and his compulsion to write, while Sorin regrets the writing path not taken (possibly representing Chekhov's work as a medical doctor, which he continued throughout his writing career) despite the fact that Trigorin is no happier than he is.

All of these elements put together sound like they would live up to the stereotype--your standard Russian tale of unsatisfied people filled with endless despair. To be completely honest, I was expecting the stereotype, and I came in prepared (and caffeinated to compensate) for a plotless snoozer, but I was pleasantly surprised at the other elements brought out by Jackson and by the translation from Canadian playwright David French. Considering how unhappy all of the characters are, there is quite a bit of wry comedy found throughout the play (to be fair, Chekhov always insisted this was a comedy), and the entire ensemble cast is able to convey those comedic touches in a way that is still consistent with the more serious side of their characters. Even a more straightforward character like Masha (Tracy Penner), daughter of the couple running Sorin's estate, is played with a sardonic edge that seems to go beyond what was intended in the original text.

After that initial disastrous performance of The Seagull in St Petersburg, Constantin Stanislavski saw the promise within the play and famously remounted it (as well as playing Trigorin himself) at the fledgling Moscow Art Theatre two years later. That legendary production redeemed The Seagull for the ages, but this latest production has now done its part to redeem an era of Russian drama in my own eyes.