Review: (Toronto) The Ugly One 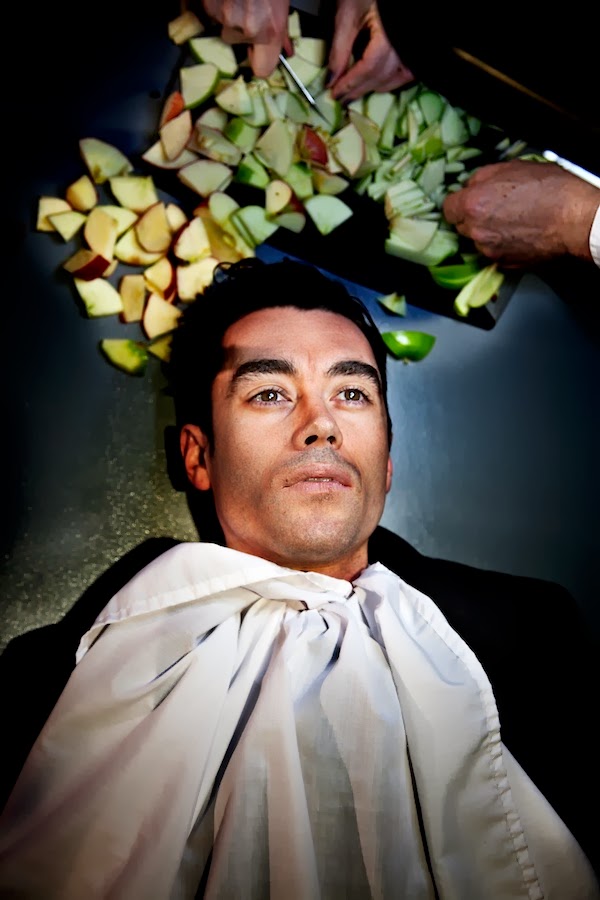 Image, Identity and $$$
by Ramya Jegatheesan

Poor Lette. His wife can’t bear the sight of him, and his boss thinks he’s too ugly to sell his own inventions.

“You can’t sell anything with that face,” he says.

Not about to let an attractive underling (Jesse Aaron Dwyre) swoop in and be the face of his invention, the distraught plug inventor (David Jansen) decides to confront his own ugliness.

This lands him on the doorstep of a resourceful plastic surgeon (Hardee T. Lineham) who, despite his revulsion to Lette’s looks, is persuaded to take a stab at improving his face.


This is where Lette’s journey from repulsive gargoyle to bewitching Adonis begins. The surgery is an undreamt of success: the mere sight of the new Lette throws women into heat and men into fits of envy. His wife (Naomi Wright) can’t keep her hands off him.

Lette is a star, a masterpiece, and the apple of his supervisor’s eye. He gives presentations like a boss and the company’s earnings skyrocket. But things take a turn when his surgeon begins to hawk Lette’s face to anyone with deep enough pockets to buy.

German playwright Marius von Mayenburg’s The Ugly One (translated by Maja Zade and directed by Ashlie Corcoran) is an absurdist social satire about image, identity, and the economy of beauty.

Does your appearance change who you are? If everyone looks like you, who are you? How much of the way we see ourselves is determined by the way the world treats us? Is beauty only valuable when it is scarce?  These are some of the questions the play gleefully grapples with.

The Ugly One is a wacky and comical take on society’s zealous obsession with beauty. It is often funny and ingenious, and punches far above its weight for a production that is little more than an hour long. This is accomplished with lightning-quick transitions and double roles. In the space of a breath we can go from witnessing a row between husband and wife to an amorous moment between Lette and his septuagenarian paramour. It is a marvel to see, and a testament to the cast’s mesmerizing skill and artistry.

I would be remiss if I failed to mention the clever lighting (Jason Hand) and sound (John Gzowski) , which were critical in morphing the set into various locales in a flash. One of the highlights of the show was certainly the delightfully real sounds accompanying Lette’s surgery. We could hear every cut, crack, and suction in that romp of a surgery.

I only have one bone to pick, and it is with the kind of humour we see in the first half of the play. Lette’s hideousness is the butt of repeated jokes, jokes that are unapologetically cruel and juvenile and to some may seem unfunny. But this is soon forgotten in what is a wildly entertaining second half.

The Ugly One will have you talking long after you leave the theatre. See it.

The Ugly One runs January 8 – February 16
Posted by THE CHARLEBOIS POST at 4:26 PM