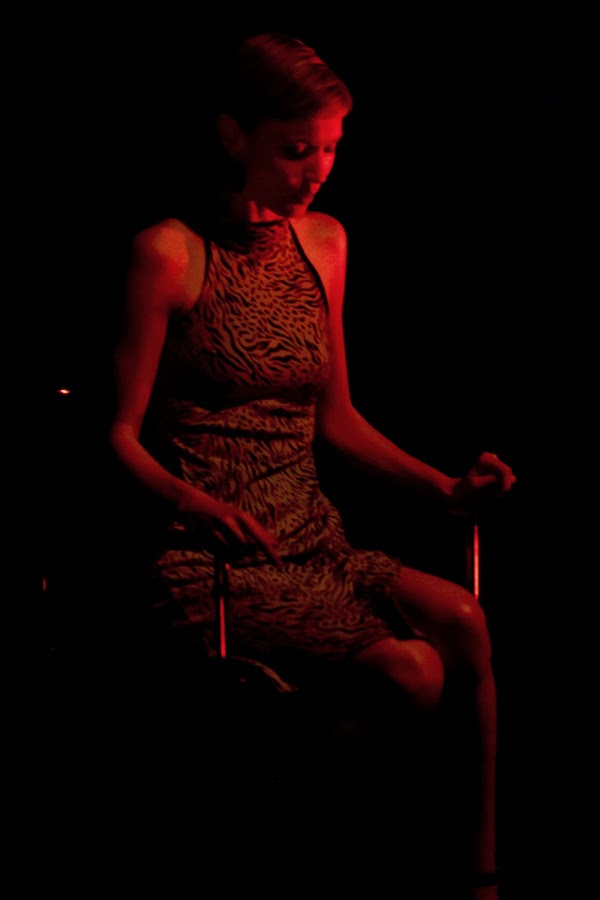 The Uneasiness of Blame
by Caitlin Murphy

On a simple set consisting of individually lit chairs, three actors take turns speaking directly to the audience; 'drama without spectacle,' playwright Nicolas Billon calls it in his program note for Iceland. Why Not Theatre's production of his play, directed by Ravi Jain, and presented at the Centaur Theatre's WildSide Festival is as clean and slick as a fresh sheet of ice. And perhaps a bit too cold.

Exploring the economic crisis beyond the easy headlines, Iceland looks at its ripple effects in the lives of three otherwise unconnected people living in Toronto. The play takes its title from that country's banking collapse which serves an easy scapegoat for all ensuing capitalist malfeasance; Billon is most interested though in the uneasiness of blame.


Iceland is part of a triptych of plays titled Fault Lines (which won its author the 2013 Governor General's Literary Award for Drama), and the play is a triptych itself.  Stories from the perspectives of three unnamed characters gradually converge to paint a complete (and horrifying) picture – a modern-day tragedy, fuelled by greed, desperation and false idolatry.  The overall story is an elaborate and sophisticated construction that quite stunningly builds to its devastating climax (a simple synopsis here would reduce it.)

Christine Horne, plays an Estonian immigrant, studying at University of Toronto, who has resorted to prostitution to help pay her twin brother's gambling debt; Kawa Ada is a drooling capitalist who flips condos and is frustrated that the audience won't enjoy his snide jokes; and Claire Calnan plays a literal-minded religious woman, who eats soap when she swears, and loses her home in the sick game called Toronto real estate.  Each character has their own extreme devotion – to family, to money or to God – that is both their mainstay and ultimate downfall.

Multiple threads as a story-telling trope always pays its biggest dividends as we approach story's end, and Iceland is no exception. Suddenly the aha moments begin to pile up, and audience pleasure exponentially increases as we get to connect all the dots, pick up the expertly left breadcrumbs. Up until that point though, a lot can feel simply like set up for later. The device creates a slow burn, and the individual pieces weren't always compelling enough in and of themselves to sustain us through the wait.

The condo-flipper's monologue, though entertainingly performed by Ada, was most generic – like Kevin O'Leary on an especially giddy day – and felt like it could have used some trimming. Horne's monologue suffered from a similar 'heard this before' feel as well.The most engaging monologue of the evening, in writing and execution, was that of Calnan, who achieved moments of real vulnerability and piercing honesty that were almost painful to watch.

Elsewhere though, the piece lacked heart and soul in a way that I think extended beyond any thematic resonance between style and substance that the creators were intentionally shooting for. Perhaps as one feels after viewing one of the condos at the centre of Iceland's drama, I left the theatre impressed, finding it hard to fault anything specific, but also oddly unmoved.