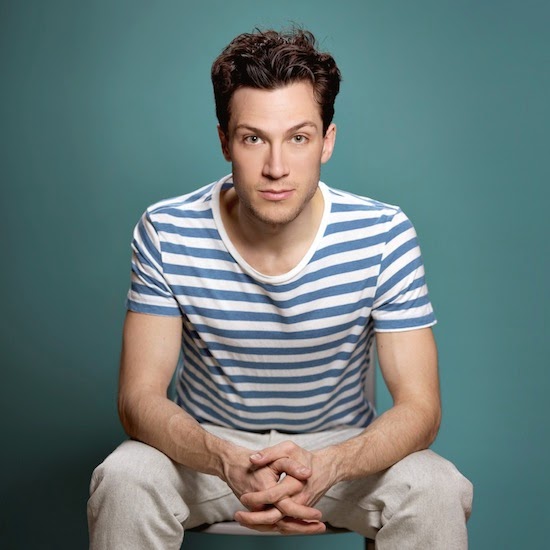 The Piano Man
The Trans-Canada journey of award-winning singer-songwriter and actor Bryce Kulak, from the prairies to the big city

Edmonton native Bryce Kulak is the darling of his hometown alternative press. See Magazine has dubbed him “the new brilliant wunderkind” and crosstown Vue Weekly says Kulak’s ballads are “worthy of any Andrew Lloyd Webber production.”

When I listened to his piano ballad Just Grand – I became so obsessed I think I listened to it like 50 times already in two days – I swooned.

(Click here to listen to Just Grand on SoundCloud.)

“I really love the song too. It came about as a result of my exciting collaboration with CBC host Tom Allen,” says Kulak, currently co-starring in the Montreal production of 2 Pianos 4 Hands in that city’s venerable Centaur Theatre.


“We've been working together on a series of chamber music cabarets – Bohemians in Brooklyn, The Judgment of Paris, and a forthcoming instalment about Weimar Berlin – and Just Grand was commissioned as part of the first show. It’s inspired by Carson McCullers’ breathtaking novel The Heart is a Lonely Hunter, particularly by the young girl character Mick Kelly. She dreams of becoming a musician, of traveling the world and speaking foreign languages, but she comes from a poor Depression-era family and the hope for her dreams is faint. I wrote the song from the heart, to try to convey the raw feelings of a young girl with such beautiful, distant dreams.”

Not only is Kulak handsome, he’s thoughtful too.

“I started piano at six, theatre classes when I was 10, and acted professionally since I was 11. I've really always been a performer so I never thought much about [wanting to be a performer],” says Kulak, who attended the Victoria School of Performing and Visual Arts in Edmonton. “In my mid-20s I moved to Toronto to be a hobbit in The Lord of the Rings stage musical, and all the while I've been songwriting and recording and making new music for theatre and film. So my career as a performer has coexisted with my creative activities as a composer for a long time.”

The international smash hit 2 Pianos 4 Hands has been getting rave reviews in Montreal, and continues at the Centaur until May 25. It tells the hilarious story of two Canadian boys, Ted and Richard, who share the same goal: concert pianist stardom, and how to deal with the sense of loss when one must let go of the dream.

“I had heard about the show years ago, and finally saw it in 2012 during [playwrights] Richard [Greenblatt] and Ted [Dykstra’s] farewell run at the Panasonic theatre in Toronto,” Kulak says. “I enjoyed the show, and like a lot of former piano students I identified closely with many aspects of the script. The show is so funny, so raucous, and yet so touching; it makes for a truly well-rounded and satisfying evening of theatre.”

One can’t listen to Kulak without being reminded of Rufus Wainwright.

“I do get Rufus comparisons, and have for a long time,” says Kulak who – like Rufus – is also openly Gay. “I used to listen to a lot of Rufus as a teen. In fact my homophobic father banned his music from being played on the livingroom stereo. I still have a soft spot for his early recordings. I don’t mind the comparison but I think my singing has changed a lot since I made my first recordings; I've found more of my own voice. The songwriting is quite different from Rufus’s too.”

Also, like Rufus, Kulak never thought twice about being publicly out in his professional life.

“I was fortunate to grow up surrounded by theatre people, who happen to be some of the most open-minded and open-hearted people,” Kulak says. “I could see their success and positive outlooks as models for my own life, and so I had very little desire or reason to avoid coming out. I was so lucky to be surrounded by such wonderful mentors! In fact one of my first Gay mentors and a close friend attended my opening night of 2 Pianos 4 Hands. It felt like a nice full-circle moment!”

So are Gay groupies throwing themselves at his feet?

“No!” Kulak smiles. “Or, if they do, I must be completely oblivious. My boyfriend says I should answer, ‘Yes, but there's always room for more!’”

Aaah, Kulak has a boyfriend!

So I ask if they’ve had a chance to visit some of Montreal’s famed and infamous Gay-male strip joints.

“I adore Montreal! We checked out the strip clubs on one of our earlier trips and it was definitely something!” Kulak says. “Now that we’ve been together almost 13 years, neither of us has much inclination to go clubbing; we really like what we have at home, and I get a free strip tease every night!”

Bryce Kulak co-stars with Reza Jacobs in 2 Pianos 4 Hands, which runs at the Centaur Theatre in Old Montreal until May 25. Click here for more info and tickets, and here for the official Bryce Kulak website.