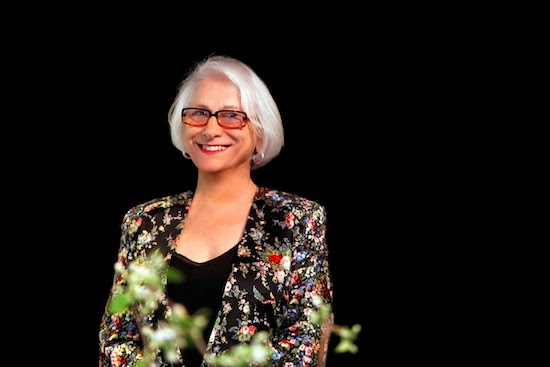 Marie-Hélène Falcon’s career has followed a path that explores the ever-shifting frontiers where art and ideas meet and interact in a co-mingling of tradition and innovation. Her artistic direction hones in on the essential – the tangible essence of a strong, vibrant stage piece, the quality of an artist’s presence in the flesh, the curiosity and enchantment of an audience keen to discover the new and the unknown. For over 30 years, Marie-Hélène Falcon has been committed to presenting the best of contemporary creations from the international scene. The co-founder of the Festival de Théâtre des Amériques, she was its general and artistic director as of 1983, going on to create Théâtres du monde in 1996 and Nouvelles Scènes in 1997. In May 2007, the Festival de théâtre des Amériques was transformed, becoming the Festival TransAmériques. Now a major annual showcase of dance and theatre, the new festival places Montreal in line with other major international events where the contemporary performing arts are the raison d’être of the festival, thus reflecting and updating the ideals underlying the original concept. Marie-Hélène Falcon is frequently invited to attend international festivals as well as conferences on issues facing the performing arts. She has received several awards, including being honoured as a Chevalier de l'Ordre des Arts et des Lettres by the French government, and being named an Officier de l'Ordre national du Québec.

Let it be said I went into the Festival TransAmériques (FTA) offices the morning they had to publicly announce that Helen Lawrence was cancelling out of the festival. This event has since exploded online into the troubling relationship between Actors Equity, producing theatre companies and increasing problems with touring. While I will leave my opinion out of the debate, it is extremely sad that the very first time a Canadian English theatre production was going to open the Festival TransAmériques it had to be cancelled due to mismanagement (I’ll let you look up all the articles posted the past week from each organization and make your own decision).

I have been going to the FTA since 1997 and its various works have brought me enormous pleasure, inspiration and challenge for almost 20 years. It was a pleasure to interview Marie-Hélène Falcon, a Montreal cultural icon who founded the festival back in 1985 and grew it into Canada’s largest international theatre and dance festival.  Its influence on the PuSh festival in Vancouver and World Stage in Toronto is massive and almost impossible to really measure as it was the first.

CHARPO: How did it all start back in 1985?
FALCON:  I founded it with Jacques Vezina, we both came from L'Association du Jeune Théâtre.  I was convinced Montreal needed an International theatre festival at that time.  I am still convinced that Montreal needs an International Arts Festival. We just put up the project and did it, it was not easy, there were lots of barriers. We had to convince everybody, of everything, including convincing the governments to give us money. We needed the community to trust that we were going to promote their work. We also had to convince the audience that they would have a great time, knowing what was happening around the world by showing side by side, our companies and the big international stars around the world, theatre-wise.  It was a huge job, but we did one, then two, then three and now 30 years later, here we are.  So the big thing in 2007 when we lost the dance festival (FiND) was, what are we going to do with that?  I proposed what the festival is now, and that project was accepted by the arts councils and by the funding bodies. And now by both milieu and the audience as well.  They cross from dance to theatre and theatre to dance. It’s easier from theatre to dance, it’s a bit more difficult from dance to theatre. But it’s improving, the challenge is to interest all of them to more than one discipline.


There is not enough money, for the projects or for the artists

CHARPO: What is one of your favourite things about being a presenter of performance work? What has kept you going for 30 years of seeing work almost everyday?
FALCON: What kept me going is the pleasure I have discovering artists, here and around the world.  That is a great reward from the job; it is not always nice and easy, you know, most of it is searching for money  and organizing things. In the beginning we were a very small team, now it is more organized. The other thing that kept me going is the openness of the audience, the pleasure it is to share with an audience. Those who will take chances on work and artists that they’ve never heard of, just for the pleasure, just for the sake of going a bit further. The warmth and fidelity of the audience, is a good reason why we have to say “Yes, we have to do this, we have to go on with that”.
CHARPO:  What is one the hardest things about running the FTA?
FALCON: There is not enough money, for the projects or for the artists, so we’re always compromising, dealing with something complicated.  Private money doesn’t come to us easily, it’s not in the street, it’s not extremely popular, it doesn’t attract millions of people. It is what it is; the audiences are of course limited.
CHARPO:  Has there been an artist or a company that you’ve brought here that you’re especially proud of?
FALCON:  There have been many, many, many, many.  Certainly The Wooster Group (New York City), Le Théâtre du Soleil (Ariane Mnouchkine), Meg Stuart (Belgium), Anne De Keersmaeker (Rosas, Belgium), Angélica Liddell (Madrid, Spain) in this years festival with Todo El Cielo Sobre La Tierra), Benoit Lachambre, the list goes on and on. I am so proud
CHARPO:  Is there advice you would give to emerging artists who like to tour to International festivals?
FALCON: Connect, know that you can present work during the festival. There are now numerous OFF festivals with the Festival TransAmériques, including OFFTA (running for many years). We have over 80 international presenters coming to Montreal this year and they are always looking for new work, always curious what is happening here locally. I encourage them to invite our organization to their presentations, I cannot always go but we usually try and send a trusted representative from the festival to see as much as humanly possible. See shows, discover something new, come to the festival head quarters (UQAM) as each night there is an event of some kind and a lot of dancing.
May 22 - June 7
Posted by THE CHARLEBOIS POST at 12:01 AM