In a Word... Nadia Verrucci on Souvenir

Nadia Verrucci is a META award winning actor, singer, director and choreographer, and the Artistic Director of In Your Face entertainment. She has appeared onstage with Centaur Theatre (Neva Esposito - world premiere of Carmela's Table); The Segal Centre (Mary Dale - The Jazz Singer); Persephone Productions (Mrs. Adams - Be My Baby); HMC (Anytime Annie - 42nd Street); Second Company (Amy - Company); Small Pond Productions (Diane Arbus - Fruits Unheard Of); and Village Scene Productions (Hesther Salomon - Equus), among others. Film and television credits include Mirror, Mirror; Being Human; The Hunger; Pas de Trois and Sophie. Ms Verucci has leant her voice to animated tv series such as Arthur, Mona the Vampire and A Miss Mallard Mystery, as well as to the Assassin's Creed video game series, as assassin Teodora Contanto and the goddess Juno.  As a choreographer and director, she has worked with various companies, including Lakeshore Light Opera, McGill Savoy Society, Village Scene Productions, Dames in Disdress Burlesque and The Dukes of Drag.  Her own theatre company is in its fourth season of producing both musical and children's theatre, including Jacques Brel is Alive and Well and Living in Paris and LaChiusa's The Wild Party.  Souvenir, based on the life of the world's worst opera singer, Florence Foster Jenkins, is the company's latest production, on this May at Centaur Theatre.

CHARPO: To get started, is this a rebuilding year for In Your Face? I ask this because this seems to be a smaller production than we have seen in the past.

VERRUCCI: Well, as much as I love doing large-cast, dance-heavy musicals, it does become an issue with finding triple threats, arranging rehearsal schedules, and so on. We went from a cast of 15 with The Wild Party to a cast of four last year for Jacques Brel, and it was so much more manageable.  However, the main reason that we're doing a 2-hander this year is because Chris Barillaro and I did Souvenir with another company in 2009 and ever since then we've wanted to produce it ourselves, and the opportunity presented itself this year. 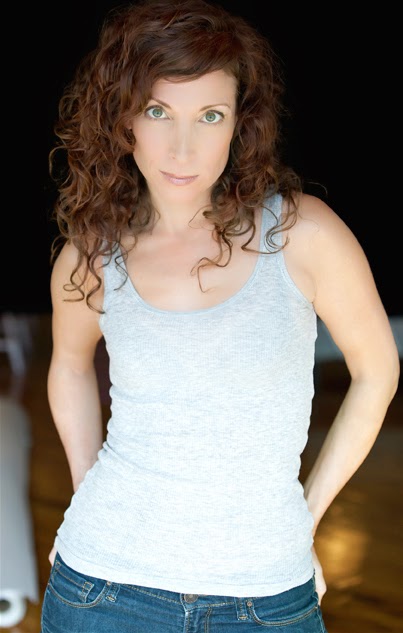 CHARPO: Now, onto the piece itself. We’re talking about an opera singer. Before we move onto the central conceit of the piece, do you do a lot of singing in the play, and what are the pieces? And while we’re at it, tells us about your own relationship with classical music.

VERRUCCI: As Florence Foster Jenkins I do a fair bit of 'singing' in the show, but I don't sing the full version of any song other than the Ave Maria.  There are snippets of songs that I sing while Florence and Cosme are rehearsing, and then there are about six selections during the Carnegie Hall concert.  A couple of the more well-known pieces are Caro Nome from Rigoletto and Adele's Laughing Song from Die Fledermaus. The Ave Maria sung in the show is by Gounod, which is probably lesser-known to the general public, but I actually prefer it. I guess Florence and I have that in common! I play some piano and I'm a big fan of Chopin and Prokofiev in particular, but the world of opera was pretty much a mystery to me before I agreed to take on the role the first time around. Though I've definitely come to appreciate the beauty of the music and the vocal chops needed to sing it, opera isn't something I myself really listen to. My dad was a jazz musician in the 50s and I grew up listening to a lot of standards and big band music, so that's more where my musical tastes lay.

CHARPO: Now tell us about the play and how you came upon it.

VERRUCCI: I have to thank Stephen Pietrantoni of CETM for introducing me to this amazing script.  I had just finished playing Betty in the concert version of The Great American Trailer Park Musical that he directed, which was where I also met Chris, who was musical director.  Right after that Stephen approached us and asked if we'd be interested in taking on the roles of Florence and Cosme McMoon, her accompanist, for the following year's Next Wave Festival.  Of course we said yes because it's such a great story. When our run was over Chris and  I realized how much both we and the audiences loved it, we kept coming back to the idea of doing it ourselves; and it only took us 5 years to get our act together!

The show itself isn't a musical, but a play with music. It's told from the point of view of Cosme and basically takes us back in time to the moment they met and through the evolution of their working relationship and their friendship. It's absolutely hilarious, but it also has some very touching moments; in my opinion, it's probably the best-written show that I've ever performed in.

CHARPO: Now we know you can sing and very well, thank you, but it has been said that to perform bad singing - especially bad coloratura! - takes a special skill: tell us about how you found the special skill to play this character!

VERRUCCI: Well, I'm probably going to embarrass myself here, but it's really not that difficult for me to sing as badly as Florence... firstly, I'm not a trained singer in any way, and secondly I'm definitely not a soprano.  So massacring the notes isn't much of a problem for me, and it's ridiculously fun.  I find it more difficult to not follow the rhythm, actually, but since she messed up everywhere then so do I!

VERRUCCI: It's hard not to love Florence because she so truly believes that she can sing, and she really loved doing it. She's a very endearing character, and the combination of that mixed with her eccentricities makes her so much fun to play. I think as actors, singers, dancers, artists, we all have to have a little bit of that overarching belief in ourselves, or we would't last two minutes in this business.  To play this character I had to find that childlike part of myself that thought I could be anything when I grew up, that naïveté we have before we realize what our limitations are.  It's pretty freeing to play a character like that, which is why I love her so much and am so excited to be bringing her back to life.

May 22 - 25
See also: Richard Burnett's profile of musician Chris Barillaro
Posted by THE CHARLEBOIS POST at 12:01 AM