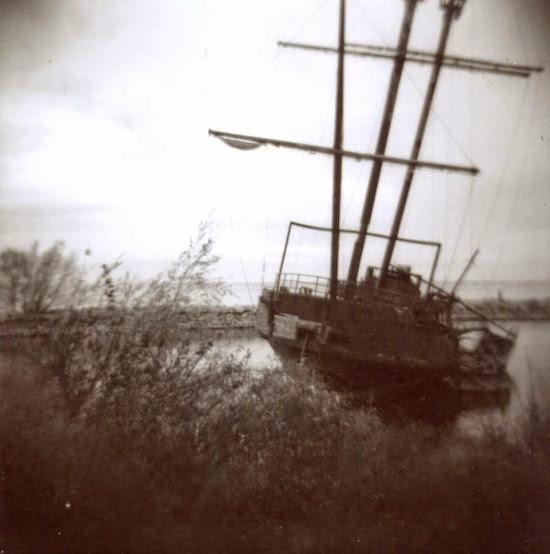 Combining curation, correspondence, comedy, and contemplation, UnSpun Theatre’s The Speedy is as remarkable for its true story as it is for the ways it unfolds. The Speedy was a schooner that left the port of Muddy York (present-day Toronto) in 1804, and sunk on its way to Newcastle with all aboard. Commissioned in 2012 by Harbourfront Centre to celebrate 40 years of theatre at the waterfront, The Speedy distills years of research and development into poignant vignettes of the ship, its forced departure, its ill-fated passengers, the serious historical and political consequences of this sinking, and the process of researching and developing the work itself. This even included which parts weren’t produced and why – that was a nice touch.


So, what is it about this story that’s so interesting? The sail was primarily about sending a First Nations man to his trial for allegedly murdering a white trader. The evidence was scant, but he did have a motive: that trader had killed his brother, and despite promises of justice from the government, none had been served. A new courthouse was built in what was strongly being considered as the new capital of the province, Newcastle, and this trial was to be the beginning of its official functions. On board were also prominent community leaders, children, and copies of the new constitution. That the ship sunk was a major blow to the town of York, since its population was only 350-400 people at the time, and to the trajectory of Toronto and the province. The only thing more astonishing about the contents and significance of this sinking is that it isn’t better known.

The production and direction (Chris Hanratty) of such a complex work and story was outstanding. All aspects - the curation of the artifacts, the lighting (Trevor Schwellnus), the sound (Samuel Sholdice), the choreography (Monica Dottor) - they all worked together beautifully to create a deep watery world of intrigue.

The only thing that seemed to take away rather than add was the tie-in of personal experiences of the cast about the dangers of water. Poignant though they are, the stories seem to steal some steam from the more developed story at hand. It lends currency to the age-old dangers that the Canadian experience of water present, but it also interrupts the story of The Speedy, which began to feel a bit long and prevented the stunning final monologue from having an even stronger impact.

Crucially, this historical piece pays great attention to the narrative of history itself. The many meta-moments remind us that we are seeing not just a re-telling of a story, but a re-examination of our past, which in some haunting ways is not as distant as we might like to think. This is a piece of high-minded theatre that works. It does so much. It’s a history-cum-historiography lesson crossed with a tale of the high seas with dry wit and some scathing dismantling of revisionist bullshit to boot. Toronto, revel in its glory.