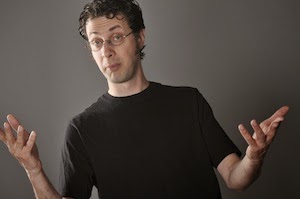 Doing What You Love...The Realities
by TJ Dawe
@TJ_Dawe

I don’t care for the phrase “doing what you love” to describe pursuing your passion. It makes it seem like you spend your days skipping through a field of daisies.

Your passion will seduce you, there’s no denying that. You’ll have visions of something extraordinary you can pull into existence. Many somethings. A career of these perfect somethings. You’ll have a presentiment of these things reaching people. Their love and acclaim will be glorious and inevitable.

You’ll have excited conversations with colleagues and intimates, or just with yourself, about how it’ll all play out. You’ll write notes. You’ll burn with the power of the vision of it all.

You’ll commit to this passion. This is the life for me. It has to happen. It has to! You’ll see that field of ahead of you. It smells like Spring. There’s a path perfectly shaped to the size of your feet and the length of your stride.

You’ll find yourself in the woods before long.

You’ll work harder than you ever did at your day job.

That initial burst of inspiration will reveal a mountain of work. You’ll work harder than you ever did at your day job. For longer hours. For less pay. Sometimes for free. Sometimes you’ll pay to do it. You’ll go deep into debt.

You won’t get to put it to bed at quitting time. It’ll nag you when you’re doing other things. It’ll pull at your coat sleeve. It’ll pester you for ignoring it. It’ll walk through your waking and sleeping hours like a ten foot long cat parading across the keyboard, fixing you with its gaze. What about me. Hmm? Hmm??

It’ll reveal itself to be much, much harder than you ever thought.

Then it’ll get worse.

You’ll question yourself. Do I have what it takes to do this? I thought I did. But that was before I really knew what I was getting into.

You’ll face the very real possibility that the answer is no.

Then it’ll get worse.

It’ll bring you face to face with your own mediocrity. You’ll see the horrifying lack of originality in your mind. The immaturity of your soul. The flimsiness of your experience. The balsa wood caliber of your strength.

And now everyone is going to see all of that too.

Meanwhile, someone you don’t like or respect at all will be doing very, very well.

And then it’ll get a lot worse.

It’ll chew you to pieces and shit you out and leave you to rot. You won’t even have enough energy left to cry as the vultures and the cockroaches pick your bones clean.

And then a tiny ray of sun will touch the tip of your finger. You’ll feel the slightest spark. You’ll have a glimmer of possibility.

You’ll get up on your knees, and draw a breath. You’ll slowly stand up. All shaky and wobbly.

Then you’ll find your footing.

You’ll press into one of the exact things that scared you so much. It’ll turn into smoke.

You’ll increase your pace. You’ll run. Right into the danger.

You’ll work even harder than before. You’ll sleep less. Your muscles will ache. Words and ideas and answers and energy will come out of you that you didn’t know you had.

You’ll keep building momentum. You’ll feel it flowing through every particle of your being. You’ll feel more alive than ever before.

And then you’ll seize the golden apple. It’ll fit perfectly in your hand. You’ll hold it above your head. It’ll be as radiant as the sun. So will you.

You’ll stand taller than you ever thought you could. You’ll look back on the field of shit and broken glass you had to crawl through and see how necessary it all was and you’ll be grateful for every single inch it.

And after a while you’ll recognize the cycle.

Maybe it’ll be a false victory. Maybe the apple will rot as soon as you touch it. Or a week after.

Maybe the turnaround won’t come in the first place.

Maybe you’ll stumble as soon as you get up and fall down and smash all your teeth.

And then eventually, when you’re not even paying attention, another inkling will tap at your ankle.

Hey… What about this? What if this came into existence? And what if it was you that did it? Might that not be something?

And after a while you’ll recognize the cycle. You’ll realize that it happens every time. That there’s no avoiding it. You’ll see it coming as it appears on the horizon. You’ll be able to identify each element as it happens. And that won’t make it any less real or any easier. If anything, it’ll make it worse.

And then right as your face is scraping the pavement, someone will say “it must be nice to do what you love.”
Posted by THE CHARLEBOIS POST at 12:03 AM