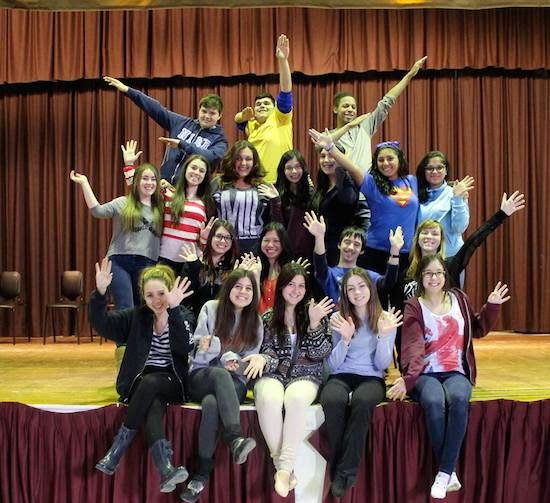 She can recite lines from Shakespeare as easily as she can break into song from a Broadway musical. So it comes as no surprise that Montreal arts reporter Sharman Yarnell has long been a booster of local theatre, in newspaper and on the radio, whether it’s a high school production or touring Broadway musicals.

She can’t get enough of all of it. And this month Yarnell is putting her money where her mouth is to direct a Glee-inspired cast of 14 to 16-year-old students belt out some classic tunes in a production of Fame: The Musical at Rosemount High.

“There is nothing out there that can replace the joy and thrill of seeing a cast of actors performing live in front of you on a stage,” Yarnell says. “To see these kids give it their all is a reminder that young people are still excited by live theatre.” 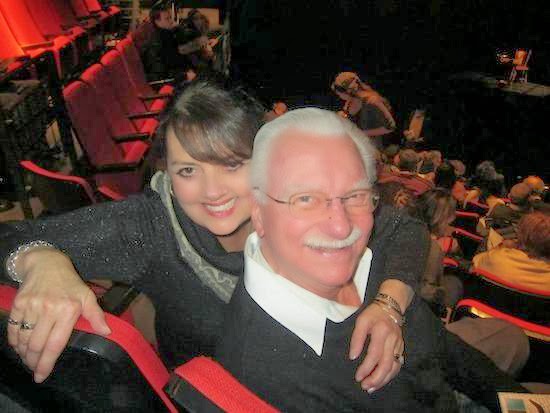 Back in the mid-1960s when she was a Beatles-obsessed young girl, Verdun-born Yarnell’s family moved back to England where she fell in love with musical theatre in London’s West End. Her very first play she saw Angela Lansbury star as Mama Rose in Gypsy.

“I was sitting in the first row on the balcony, and I leaned over to see this woman tear down the aisle – that’s how Mama rose always enters the play – and it was Angela Lansbury!” Yarnell says. “That moment changed my life.”

So Yarnell studied at The London Drama Studio and The Royal Academy of Dramatic Arts in London, and performed on the stage in various productions, including Pericles, Prince of Tyre (a Jacobean play written at least in part by William Shakespeare) and The Way of the World, the Restoration comedy written by English playwright William Congreve that originally premiered in London back in 1700. “But when I was done I think I should have went to New York,” says Yarnell.

Instead, she returned to Canada, got a couple more university degrees (including journalism) and did plenty of TV and radio work. She is mostly recognized by mainstream audiences as Canada’s best-known suffragette Nellie McClung in the popular Heritage Minutes series, and as a long-time personality on CJAD Montreal Radio.

Over the years, Yarnell has witnessed just about everybody perform on the stage, from Judi Dench in London’s West End to Patti Lupone on Broadway. Her thirst for theatre – especially musicals – remains unquenchable, which is why she’s working hard directing the Rosemount High students in Fame.

Yarnell has an opinion on all kinds of theatre.

“Montreal’s [English] theatre scene today is basically two theatres, the Centaur and the Segal, with many tiny theatres that don’t have enough support because there isn’t enough people going to see their plays,” Yarnell says. “It’s very sad [to see these small companies struggle], especially since Montreal’s English-language theatre scene used to be so vibrant.”

Sharman knows of what she speaks: Her husband is Walter Massey, cousin of famed Hollywood actor Raymond Massey, and a legend in his own right. Massey spent five years working on and off Broadway – including with Charlton Heston – back in the day, is a veteran of the Stratford Shakespeare Festival, and has worked with everybody from Martin Landau to Robert De Niro on TV.

Massey remembers such fabled halls as Montreal’s 1,750-seat Her Majesty’s Theatre, demolished in 1963 when Place des Arts opened. Everybody from Marlene Dietrich to Vanessa Redgrave performed on that stage “and we don’t have any of that anymore,” Yarnell sighs. “I wish we still had that here now.”

“Of course, if you take in French theatre, Montreal’s theatre scene is healthy as a whole, but English theatre is not,” Yarnell says, adding she also wishes the Centaur and Segal would produce more commercial productions. “Yes, they’re glitzy, but they sell.”

Which is another reason why Yarnell is delighted to be directing a cast of teenagers in Rosemount High’s production of  Fame: The Musical, based on the 1980 hit musical film Fame that inspired new generations to wear legwarmers and leotards. The film and play tell the story of several students who attend the New York High School of Performing Arts. In fact, alumnae of the real-life high school include Ellen Barkin, Irene Cara (who sang the chart-topping titletrack in the hit movie), Hal Linden, Liza Minelli, Al Pacino, Robert DeNiro, Dom DeLuise, Suzanne Pleshette and Ben Vereen.

The Rosemount High production is directed by Yarnell and choreographed by renowned choreographer Phillip Cole of Montreal’s Jazz Dance Factory.

“I chose this musical because the characters are very much like in the movie,” Yarnell explains. “The [singing] voices some of these kids have are outstanding. The teachers at Rosemount High have also joined together and supported the show by helping the students in their spare time with voice work and line-learning, and the school’s art students are creating the set on their own, after school, under the guidance of the art teacher. Lighting design and sound is also done by students with the help of the music teacher.”

In other words, these young teenagers are getting a real-life taste of what it’s like to attend the New York High School of Performing Arts.

“It has been a lot of hard work for everybody, but it’s all worth it,” Yarnell says proudly. “Not only are these kids learning theatre from the inside out, they are enjoying the thrill of performing live. They may not pursue a career on the stage when they graduate, but they will appreciate the hard work and talent that goes into a production like this, and hopefully as they grow up they will support live theatre in Montreal.”