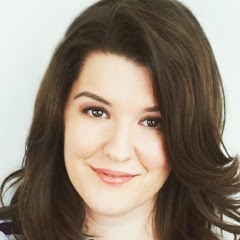 2011 – Opportunity to be in the Ottawa Fringe Festival presents itself and I take it. I dust off the old scenes and start writing a show. It goes… not that well at first.
Regardless, it becomes an unquestionable success. And after Ottawa, I took all the feedback I got and wrote another draft for the Hamilton Fringe, where things also went well. Did one more performance in Ottawa that year with a few minor changes and that was that. As I needed money, I took a self-imposed break from the arts to work a few full-time jobs. I was not going to tour in 2012.
2012 – A roller derby lady in Swift Current, SK had heard about the show and wanted it for a theatre festival she curates. Barely any changes are made to the script. If it ain’t broke don’t fix it. I set up a successful Indiegogo campaign to take the show on a full cross-Canada tour in 2013.

2013 – I only get into two festivals – three after all was said and done. I decide to finally get a proper sound design for the show. There’s a few more minor script rewrites with some Toronto dramaturgy help, but the main focus is on sound. Once more, the show does well, but I end the year with an unsettled feeling. I decide to tour again next year and apply to the big Canadian Fringe Festival lottery. I put in almost every city on the tour because I don’t think I will actually win.
2014 – I win the lottery and start preparing for the biggest tour yet. I’ve hired a choreographer and we’ve changed the show’s set design, but the unsettled feeling has returned. If it ain’t broke don’t fix it, but… Parts of the script just don’t feel right anymore. I have a chat with my director and she agrees. I’ve grown up and, if I want to keep doing it, the show has to grow up too. In fact, this sums it up pretty well:
My taste is so high and, as good and fun as Roller Derby Saved My Soul has been, it’s not as great as it could be. This is a scary thought. The show is a proven entity. It does well. If I leave it as is, I will have a good summer. It won’t be a creatively fulfilling summer, but it will be a good, safe one.
But I didn’t get into this business to be safe. So, I’ve decided to go back to the beginning and dig deeper. Will you like it? I hope so. In fact, I think you will because I’m still going to be a charming little presence on stage. But my goal is to be a truer one in both my writing and my performance.
Will I ever be satisfied? I don’t know. I’d love to hear from other creators on that one. Are you ever done? Is a painting done when you finally hang it on a wall? Is a song complete just because it’s been recorded? Is a writer ever satisfied when he or she has scribbled out the last page?
I, in the meantime, will go back to a writing exercise that my lovely creative partner has asked me to finish before our story meeting tonight. An exercise I have judiciously procrastinated on by doing my taxes and writing this blog post. Because when I know something is good for me, I’m going to put it off as long as I can.
Stay tuned…
nancykenny.ca