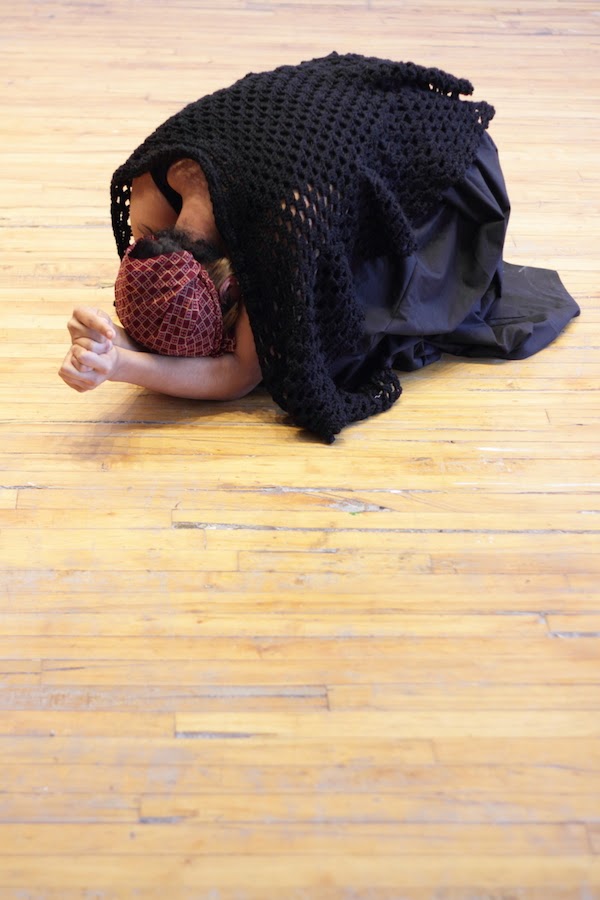 The Playwright Project – now on its third iteration – is an ambitious and innovative festival. During the past two editions, various independent companies chosen by the curators have been assigned short plays by the playwright who is the focus of the year’s project. In year one, Tennessee Williams led the pack while year two put the spotlight on Sam Shepard. This year, England’s notoriously complex Caryl Churchill does the honours. In previous incarnations, plays rotated between venues and were scattered about the city, performed for one night in each location. For the Churchill edition, the festival returns home, underneath the Magic Oven pizza parlour on Danforth, a space now known as The Downstage.
Normally, this review would be two separate pieces since the companies aren’t directly connected to each other. However, as The Charlebois Post is only covering A Number and Vinegar Tom this year (so half of the four plays presented) and since the shows are all performed in the same space and connected by the same playwright, it becomes easier to think of them as variations on a theme. Presented here to contrast each other, in the order the reviewer saw them, thoughts on A Number and Vinegar Tom.


A Number features two actors who play, well, not quite a variety of roles but… On the surface, A Number speaks to issues surrounding cloning. The father figure, played by Mark Whelan, interrogates his son after the son learns that there are a number of copies of him wandering about the city. In the subsequent scenes, the audience meets at least two other versions of the son – none of whom appear to be the original son that the father fathered. (Why the repetition? Turns out that one of the sons may have killed himself after having killed himself – I won’t explain further for fear of spoiling it.)
Churchill’s gorgeous script for A Number sharply focuses the audience on the task at hand: unravelling the threads of who is who, how they’re connected and how the situation came about. Dropping into the clipped dialogue, viewers may feel alienated or confused, though the personas portrayed onstage feel similarly. In fact, strangely, the piece’s five scenes (each preceded by a too long and unnecessary transition) felt oddly the same – the tone and (often sluggish) pace of each tended to copy what has happened before. Likely this is deliberate, possibly it’s in the script and maybe it is all to the credit of director and curator this year, Matt Gorman. He uses the capabilities of The Downstage – a small audience and playing area, low ceilings, limited technical resources – rather well for the piece, since A Number takes the space as something to live up to, in this simple production that focuses attention on the actors and the words.
Craig Pike’s series of performances as the progeny alternate between pleasant normality, amiable and banal, and calculated iciness, chilling and deliberate. Often he is so captivating that it becomes a challenge to notice his scene partner in this confusing but compelling piece about carving out an individual identity in a world of replication: of each other and of the past. And then layer in the familial dynamic between these men. The fascinating script occasionally turns into a play of intellect that engages better with ideas and concepts than emotions, although that still allows these actors to shine.
In comparison, Vinegar Tom features a cast of eight, seated around the playing space, to enact 90 minutes of not-so-idyllic scenes from an English town. See these folks are called Goody and Margery; they are from another era, one when women who didn’t fit the mold were deemed witches. As the lights come up, Alice (Sabryn Rock) is bent over in the throes of passion by a man who claims to be the Devil. Soon enough, Churchill introduces Alice’s mother, a haggard Joan (Lynne Griffin), who cares for Alice’s fatherless son and begs for scraps from the neighbours. Social misfits in a world of feminine expectations, these women suffer and curse – which only makes matters worse – those who condemn them to their fates. Fighting the system almost always backfires in this era, evidenced by Alice’s only friend, Susan (Jessica Moss), giggling about Alice’s longing for Lucifer while fretting about her sixth pregnancy. Then they scheme to visit the local cunning woman (Keelin Jack), a mystical figure with potions who certainly does not help with the conformist villagers’ opinions about young Alice. Those nosy neighbours include Jack (a solid John Gordon) who unsuccessfully propositions Alice and his wife Margery (Madeleine Donohue), who stoically churns butter and reviles Joan’s freer ways.
Positive first: the amusing Moss, earthy Griffin and prickly Donohue stand out in this cast. Each takes a small role in the ensemble and runs with it – these glimpses of the women become enough to give the audience a sense of how these characters’ lives continue day after day and the struggles they would face forced to live in their pigeon-holed positions. Sadly, Rock doesn’t fulfil the potential of her leading role nearly as well and Kelly Penner as the Man (and other parts) is woefully miscast. The final member of the cast, Sophia Fabiili, demonstrates the largest problem this reviewer had with the production. In what appear to be the most unnecessary roles, Fabiili needs something to play and seems to have received no advice.
A complicated script calls for a strong directorial hand. What Carly Chamberlain offers Vinegar Tom lacks vision. She has conceived a poorly blocked theatre-in-the-round production that could work almost anywhere, but doesn’t fit The Downstage and its confines and sightlines. Instead of creating a circus-like environment or even a courtroom spectacle (both of which are suggested by the last 20 minutes of Churchill’s script), Chamberlain offers vaguely magical realism, with props that appear when needed from the sidelined actors and projected song lyrics. Chamberlain appears to have read the script and decided that the epilogue scene and the various songs are difficult to play and should be cast aside as nuisances to be tolerated. Churchill designed the script to emphasize her pageant of 17th-century wrongs done to early feminists and her exhibition includes modern-day songs and Victorian era moralists lecturing. If the director cannot incorporate the disparate concepts together, then maybe it’s the wrong script for her to tackle – even if it is a strange but strong experimental script. In this case, it feels like Chamberlain is a bit more conventional and competent than the provocateur that Vinegar Tom calls for.
Oh yes, the songs. Instead of performing them live, these new settings of the text by Chris Reineck of Takenote Music are broadcast at a volume that is far too loud. Projecting the lyrics across the stage onto a narrow column becomes a challenge since occasionally the bits of text do not fit the screen and sometimes the slideshow becomes hard to read because of the odd fonts and fuzzy or fast transitions. And really, who comes to the theatre to watch lyrics in the dark?
April 23 - May 4
Posted by THE CHARLEBOIS POST at 6:12 PM