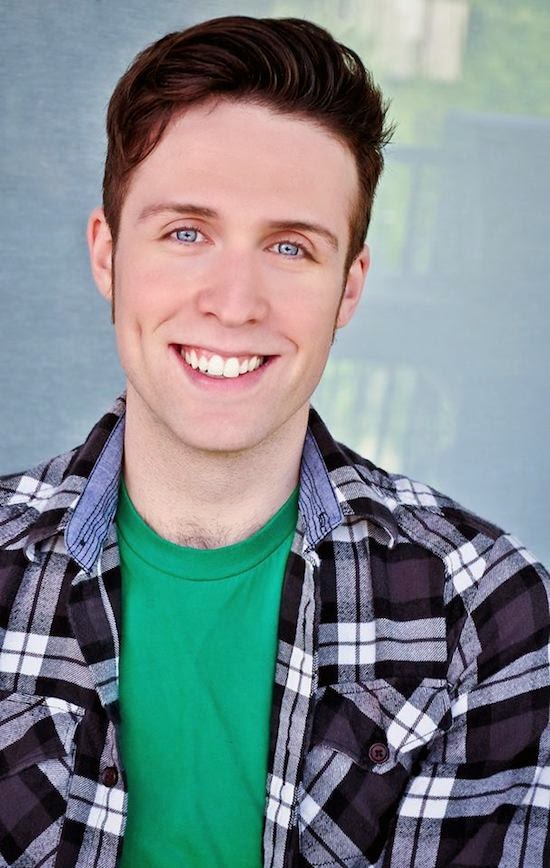 After America’s national LGBT magazine The Advocate in 1998 called Judy Garland “The Elvis of homosexuals,” openly-gay stand-up comic Bob Smith debated the tragic idols – Elvis the King, and Judy our Queen – in a classic gag:

“Elvis had a drinking problem.”

“Judy could drink Elvis under the table.”

“Elvis was addicted to painkillers.”

“No pill could stop Judy’s pain!”

For decades, of course, LGBT people used the code phrase “Friend of Dorothy” – inspired from Garland’s portrayal of Dorothy Gale in The Wizard of Oz – to identify one another. Then when Garland died in June 1969, myth has it her death and funeral, held in New York City, fuelled the Stonewall Riots which ignited the modern Gay Liberation movement. In fact, the very first Gay Pride parade was held one year later to commemorate Stonewall, and today LGBT people worldwide link the Gay Liberation movement’s Rainbow Flag (created in 1978 by artist Gilbert Baker) with Garland’s signature song Over the Rainbow. Montreal theatre director Roger Peace was a 25-year-old Garland devotee when she headlined the Montreal Forum on Oct. 29, 1961, a concert he recreates in his musical Songs and Stories of Judy Garland, the one-woman show starring Las Vegas entertainer Denise Rose in an uncanny star-turn as Judy.

Peace recruited another huge talent, Montreal pianist and musical director Chris Barillaro, who was born in 1987, some 18 years after Garland passed away. “To be honest, I only really knew Judy Garland as Dorothy in The Wizard of Oz,” Barillaro reveals. He then jokes, “I’m a bad gay! But during the process of music directing this show, listening to Judy’s music and her arrangements, I now understand.”

In 1957, just four years before Garland’s concert at the Forum, Peace sailed from London to Montreal on the ocean liner SS Columbia at the age of 21. He experienced the tail-end of Montreal’s famed and infamous golden Sin-City era. Montreal’s theatre scene wasn’t quite London’s West End, where Peace had landed a bit part in the musical Call Me Madam at the London Coliseum in 1952.

But he has loved the theatre ever since, especially musicals, and has spent much of his professional life as a director and producer casting larger-than-life divas in his productions, notably his long time muse, Montreal jazz great Ranee Lee, and another of his favourites, soul queen Michelle Sweeney. Lee and Sweeney co- starred in Roger’s first remount of Ain’t Misbehavin’ at Montreal’s La Diligence dinner theatre back in the late 1980s.

A quarter-century later, in his 2013 sold-out re-staging of Ain’t Misbehavin’ at Montreal’s Segal Centre for Performing Arts, Peace cast another glorious diva in the role made famous by the late Nell Carter on Broadway, Kim Richardson, the pitch-perfect Juno Award-winning soul singer I have long called the Whitney Houston of Canada.
“I do love my larger-than life divas,” says Roger. “I’ve always been attracted to writing for women, and directing women. I just can’t get excited about a Dean Martin or Frank Sinatra. But Piaf, Dietrich or Judy Garland? It’s so much easier and more fun writing musicals about these extraordinary women.”

Not to mention casting the likes of Ranee Lee, Michelle Sweeney, Kim Richardson and now Denise Rose in his glitzy, crowd-pleasing productions.
Peace began thinking about doing a musical about Garland some five years ago. “I had spoken with [Garland] and also had first-hand information on her from people who worked with her backstage [at the Forum] that night,” says Peace.
So he recruited a young Chris Barillaro who’s first paying gig was music directing Fiddler on the Roof at Royal West Academy when he was just 17.
Now 27, Barillaro says, “I think Roger and I work really well together, and we also co-wrote a song together called Only Time Will Tell, which closes the first act. It’s this big sweeping Judy Garland song.”
In addition to working on Montreal musicals, and being Assistant Music Director for the Lyric Theatre Singers, Barillaro also teaches high school students: he is musical director at both St. George’s High School and Royal West Academy. “I like working with teenagers. That’s how I learned to music direct. I had no idea what I was doing at first. But over the years teaching kids you really do learn something. Some kids can read music, most can’t, so it’s a great way to learn skills.”
However, nothing could prepare Barillaro for his last-minute gig with pop icon Joan Rivers, who needed a piano player for her gala at Montreal’s Just For Laughs Festival last summer.
“It was the craziest gig ever!” Barillaro says. “I had just gotten back from Cape Cod the night before and JFL were like, ‘We need a pianist!’ We rehearsed the afternoon of the show. It was insane – I was supposed to lift her up [onto the piano]. I thought it would just be a typical theatre lift but during the tech rehearsal she actually wanted to climb up the person! So we tried it and I partially threw out my back. In the end they got a burly stagehand and he was much better at it than I was.”

The scene was classic Rivers and had the audience – including this journalist – in stitches.

“Oh my God,” Chris says happily, “I loved being the straight man to Joan Rivers!”

All this to say, Barillaro is a natural. He loves performing in Montreal, but I think his talent is bigger than the city. And while he loves attending Broadway shows each year, he says, “It was never my dream as a child to go to Broadway. I only saw my first musicals when I was 15. I was pretty late to the whole thing. I also love working here. Montreal’s been very good to me. But I would also like to get some work in Toronto, to see what it’s like to work with other people.” 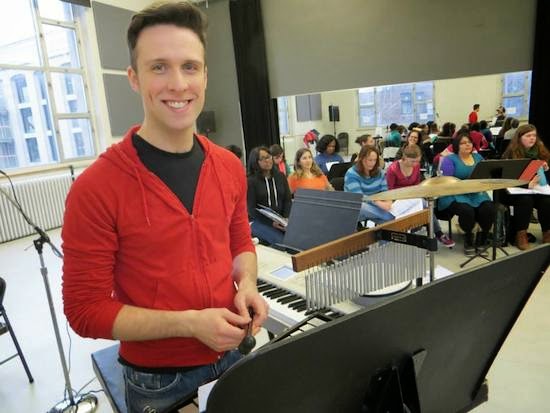 I think Barillaro – who had two original Muppets created for himself, “green Devyn and the glamourous 1920s flapper Estelle” – is very much like his all-time favourite Muppet, Kermit the Frog.

“I wasn’t starstruck when I met Joan Rivers, but I’d be starstruck if I met the Muppets!” Barillaro says. “My favourite is Kermit because I identify with him trying to holding the whole crew together. It’s what a conductor does.”

Denise Rose stars in Songs and Stories of Judy Garland at the Segal Centre for Performing Arts, May 3 at 8:30 pm, and May 4 at 2 and 7 pm. Click here for more info and tickets.

Chris Barillaro also performs in the In Your Face Entertainment production of the poignant musical comedy Souvenir about the real-life wealthy society eccentric Florence Foster Jenkins who thought she could sing (she couldn’t) and headlined just one concert, at Carnegie Hall in 1944. Souvenir plays at the Centaur Theatre May 22-25. Click here for more info and tickets.