In a Word... Kate Applin on Metro Youth Opera's Hänsel and Gretel

Kate Applin is lauded for her passionate work in Toronto’s operatic community. In 2010, at age 23, Ms Applin founded Metro Youth Opera, offering emerging artists in Toronto their first opportunities to perform complete roles and be compensated. In addition to her role as Artistic Director of MYOpera she has performed with the company as Despina in Così fan tutte (2011), Adina in L’elisir d’amore (2012), and Serpina in La serva padrona (2013). In 2014, she will perform Gretel in Hänsel & Gretel. Ms Applin holds an Honours BMus in Voice Performance and an Opera Diploma from Wilfrid Laurier University, and has trained at programs such as Opera on the Avalon, Opera NUOVA, the Centre for Opera Studies in Italy, and the Halifax Summer Opera Workshop. Some favourite roles include Zerlina (Don Giovanni), Soeur Constance (Dialogues des Carmélites), Héro (Béatrice et Bénédict), and Anne Egerman (A Little Night Music).

CHARPO:  I’m afraid going into this you are dealing with an H&G veteran! I sang Hänsel in a children’s adaptation of the Humperdinck score when I was a child in Germany. There, as you can imagine, the piece is as traditional as bratwurst. But in North America, apart from the annual romp at the Met and a recent production in Montreal, this little masterpiece seems largely overlooked. Why do you think that is?

APPLIN: Well, because of its roots as a fairytale story, I think Hansel & Gretel often gets sidelined as a children-only opera here in North America. However, the themes in the story are as applicable to adults as they are to children. I think that many of our opera houses here in North America aren't willing to push the boundaries of the opera to make it something that is more than just child's play. The opera can be quite safe when presented exclusively for children, so it gets a lot of exposure in school tours and such. It takes bravery to visit the opera's darker side and cater it to a wider audience at the risk of alienating the children too much. 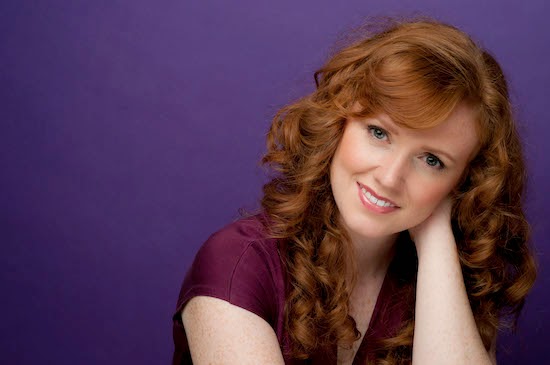 CHARPO:  Without getting too ponderous, the music in the piece is very sophisticated and its links to Wagner are clear - how do you sell that and reach the audience you want to bring in; PR must be a highwire act!

APPLIN: The music in this opera is truly spectacular in its rich, complex harmonies and dense texture. However, the music is punctuated regularly with beautiful, folk-style music and hummable earworms. I think it's a winning combination that challenges audiences while still satisfying their craving for a good tune. There are gems like the Evening Prayer that practically sell themselves, and then we also have to make sure that audiences feel comfortable with the German language. We use translations in our shows to make sure the audience can stay engaged with the story as much as possible. It's this balancing act of recruiting and testing audiences at the same time. Playing it safe won't keep any company alive for long!

CHARPO: H&G can go any which way. It can be froth but it can also be as grim as Turn of the Screw (another opera about imperilled children) - which way are you going?

APPLIN: Our production this season is taking the story out of the world of fable and fantasy and placing it in a contemporary, urbanized setting. In doing this, we've had the opportunity to create a wholly relatable production that still deals with the darkest concepts in the show. The struggles of these characters are real, but very sombre. The production isn't gory, but I think that in dealing with certain truths head on, the audience will still be tested in similar ways as a 'creepier' production.

CHARPO: Now tell me a bit about your relationship with H&G.

APPLIN: Hansel & Gretel is an opera very near and dear to my heart. This season's production is a milestone, both for Metro Youth Opera and for me, personally. For a full decade of my childhood, I was a dedicated member of the Canadian Children's Opera Company. Of all the performances I took part in with the CCOC, the most memorable was as a member of the children's chorus for the Canadian Opera Company's production of Hansel & Gretel back in 1998. From the music, to the sets, to the incredible cast (John Fanning! Isabel Bayrakdarian!), my love of opera was cemented for life. Fast forward more than 15 years, and I find myself coming full-circle. It's a real honour to take a company that I built from scratch just a few years ago, and to turn around and give a new generation of kids something (hopefully!) magical that will show them the beauty and importance of music to take with them on their journeys.

CHARPO: Small opera companies are cropping up all over the country and many who look at the deaths of large houses and the struggle for new audiences see organizations like yours as the way of the future. Are you at the right place at the right time or is it all still a huge struggle?

APPLIN: There really is a huge boom of independent opera in this country, and it's thrilling to be a part of this movement. There are so many companies doing unique and exciting things with this art form, and I do think that smaller organizations like MYOpera will have a strong place in the future of opera throughout North America. That being said, I don't think that any arts organization - or artist for that matter - ever has an easy time. Finding funding, patrons, and donors is as hard as ever. It takes time to establish yourself as a company, for donors and sponsors to trust your artistic instincts, and to build the community that's needed for long-term sustainability. I know we have the goods, but it's always going to be hard work. Incredible fulfilling, worthwhile, hard work!