In a Word... Playwright/Performer Jennifer Ansell-Clark on Speak Truth of the Dead

Speaking for the Unknown

Jennifer Ansell-Clark was born in Quebec City and grew up living by the docks with her mum, aunt, uncle and her dog Lady. From her first time on stage as a stick in The Three Little Pigs in kindergarten she kept performing right through elementary, high school and on into CEGEP. Once she moved to Montreal she continued her theatre studies with the Phoenix Theatre Workshop. A published author she also worked in independent cinema behind the scenes and has recently been a stalwart volunteer for both Mainline and The Fringe Festival. After a very long hiatus from acting she decided to dip her toes into the theatre waters again and has appeared many times at the Confabulation Storytelling events. One of those performances has led her back to the stage to create her first multidisciplinary performance piece.

CHARPO:  I know about your ongoing battle with cancer. Would you mind sharing it with our readers? Clearly, this battle marks the elegiac themes of the play - what drove you to actually write a play, and more, gave you the energy to rehearse and perform it?

ANSELL-CLARK: What drove me to write the play is a series of events directly related to my conquering cancer. From the second week of December 2012 when I found the lump (and if your readers don't know how to do a self-exam I strongly insist that they learn) until October 2, 2013 when I had my operation, my life was torn apart. I had promised Matt Goldberg that I would perform a story at the Confabulation show on October 6 and intended to do so no matter what but...  On October 4 we had tickets to a Steve Hackett show at Place des Arts. I went, a corpse in all but name and the music resurrected me, redeemed me and re-animated me. So, for the Confab story, I told of this death and resurrection. Al Lafrance saw the show and got in touch and asked me if I'd be interested in doing a show based on that story. I said yes faster than I have ever said yes to anything other than marrying my life partner. And the story has written itself almost. (cont'd) 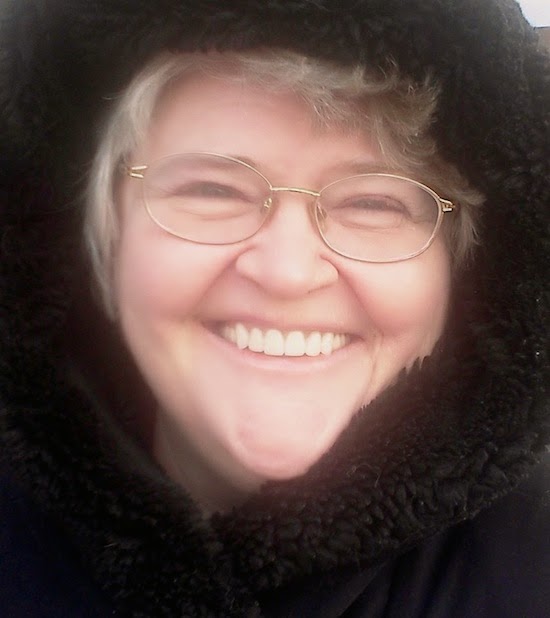 ANSELL-CLARK (cont'd): As to the rehearsing and performance, as I am still undergoing treatment, it's going to be a very different kind of performance. Though, most thankfully, chemotherapy is over and the surgery is completed, I am still receiving an IV treatment every three weeks and the drugs have several side effects. One is muscle and joint pain which means that I will be sitting for a good portion of the piece. The other is that my memory is pretty shaky. Though it is not as bad as 'chemo-brain' where I have even forgotten how to spell my own name, the drugs I am on still affect my ability to remember things so I will be reading part of the performance. As to where I'm finding the energy? Well, it's a combination of being inspired by so many wonderful performers (notably Cat Kidd, Cameryn Moore and Alison Louder), being supported by my partner and friends and being pushed along by the ghosts of those whose stories I am telling. Plus, once I decided to make this a fund raiser for the Oncology nurses at the Jewish General Hospital it has made me even more eager to get this out there to thank them for all the wonderful work they do.

CHARPO:  When I was ill and thought I was reaching the end, I wished I had apologized to two people. Does the play juggle with thanksgiving and regret in the same way?

ANSELL-CLARK: Not really. Actually writing the piece gave me the opportunity to re-examine my feelings toward these people but it hasn't changed those feelings except quantifiably. The essential qualities have remained the same.

CHARPO: Now this is a tough one: How do you and your director keep the piece from being a litany of poor-me's?

ANSELL-CLARK: You'll have to ask Al Lafrance what process he's using for this but, for myself, though this show addresses my own journey it is not about me at all really. The important thing for me is to tell the stories of those who are gone and can no longer speak for themselves. With one exception, who was well known and beloved by an entire and still existing community, all the people whose stories I am telling are almost completely unknown to anyone anywhere. They exist nowhere on the internet. They are basically forgotten people and yet, because they affected my life, they indirectly have affected the lives of everyone who knows me.

CHARPO: The piece's central theme is how you/we answer the question "How and why will we be remembered?" Without giving away the farm, what is one trail you explored?

ANSELL-CLARK: Sometimes people are remembered because we want to hold on to something of them, either as a touchstone for something wonderful that they did or had that we aspire to. Then again, sometimes we remember people as a talisman against what happened to them happening to us. It's actually very shamanistic in a way. As I say in the play "Neolithic peoples took some of the bones of their ancestors as relics when they moved." We've been doing this for millennia.

CHARPO:  Your company says the play will be part of a series that will "address the sometimes uncomfortable but always enlightening questions everyone thinks about sooner and later in their lives." What would be another of those questions?

I will be performing each of these once but I am throwing the challenge out there to all performers and storytellers to write and perform their own shows on these topics. These performances are meant to be discussion catalysts to get people talking and thinking about who they really are and, more importantly, who they are becoming.