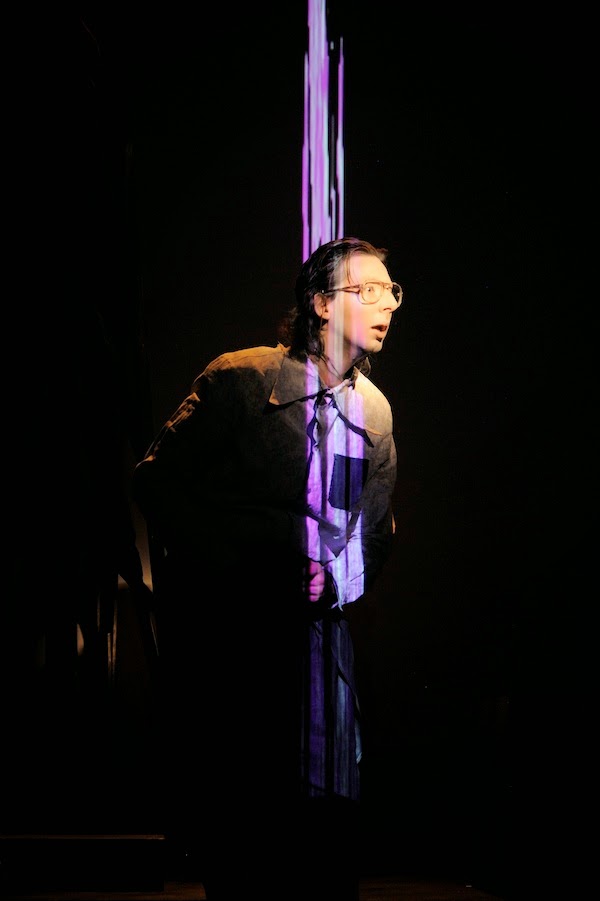 Alfred is the type of play, where you sit down, quickly hope for an intermission in order to escape, then moments later get blown away by the brilliance of the production. It is set in a small Ohio town, at the local zoo. Clyde Redding, a regular security guard with a family, a mortgage and a lot of debt, tells us his story. He speaks directly to the zoo's panther, Alfred, seeking help. Exasperated, Clyde finds a solution to his and the world's problems : he releases the creatures from the zoo. In this chaos of exotic animals unleashed, we are are taken through the different perspectives of a few characters from Akron, Ohio.

The production is presented by Le Théatre d'Aujourd'hui and directed by Alexia Burger. It is a solo performance by playwright Emmanuel Schwartz, who shines in every aspect. The play is written and performed in both French and English, and it should be noted, that this is done so fittingly that you don't notice the languages changing. The voiceover is in English, the news headline titles are projected in French on stage and the text itself is mostly French with a few untranslatable American expressions here and there. Schwartz is so unbelievably talented! His emotional range so diverse, going from comedic, to thoughtful, to miserable with such ease. He worked very well with the little space that he had available to him. I felt like maybe the only things lacking, were the visual effects and sound, which was very minimal and could have been pushed with this theme.

Overall, this play has a "Rhinoceros" feel to it and definitely makes me question society and what it is that people work so hard for, the struggles and stereotypes that we deal with no matter our gender or location. Definitely gives you something to think and laugh about. A must see.