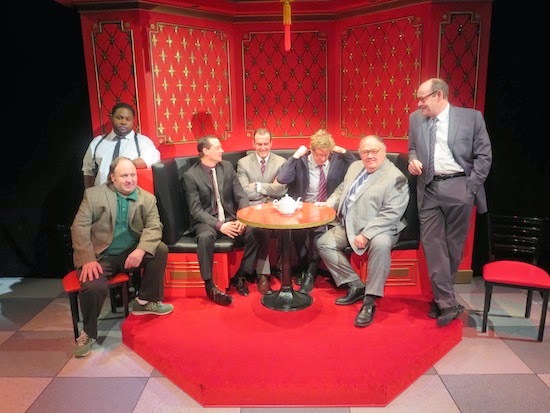 Down but not Out

Theatre lovers the world over are familiar with David Mamet’s classic 1983 play Glengarry Glen Ross, which won the 1984 Pulitzer Prize and the New York Drama Critics Circle Award in 1984. The hit play was then turned into the 1992 cult film starring Al Pacino, Jack Lemmon, Alec Baldwin and Alan Arkin.

Glengarry Glen Ross was also last performed in Montreal at the Centaur Theatre in 1986. So the play’s limited-engagement run at the Segal Theatre is welcome, and its cast of seasoned actors shared a few war stories of their own when this week I asked them all what they did when their own careers were also in the toilet.

Brett Watson, who plays Richard Roma: “When I started out some 20 years ago I auditioned for a role in a film. I’d heard the director was a big reality guy and the character I was audtioning for was supposed to be drinking from a bottle of white wine. I was so desperate to get the part, I thought I’d be bold and do the morning audition with a real bottle of wine. Just to be different. But I had to do the scene over and over. After 15 minutes I had finished the bottle of  wine and left absolutely tanked. I didn’t get the part, but I got a hangover at two in the afternoon.”

Mike Paterson, who plays James Lingk: “I was living with two comedians who didn’t pay their rent or the gas bill. They left and here I was in the huge 7 ½ trying to pay rent. I had to boil all of my baths and I had no money to eat. But one thing I had was a little bit of margarine, ketchup and mustard. So I went to the store with $1.15 and bought a jumbo loaf of white bread and made my first ever ketchup and mustard sandwich. That was my staple for a long time. It was rough, but at the same time it was wonderful because it builds character.” 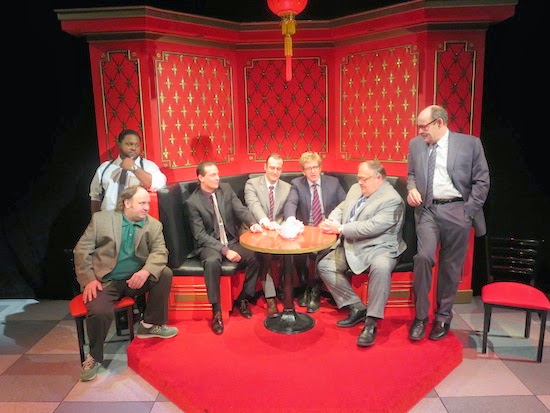 Michel Perron, who plays George Aronow: “When my career was in the toilet? I’ve been lucky because there has always been something that came my way. But when I started out at theatre school I also learned the technical side, so I also worked as a technician – stage manager, lights, whatnot. As long as I had a foot in the theatre I was a happy camper. Yes, there are dry periods, but whenever I have coveted a role, they have always gone my way.”

Tristan D. Lalla, who plays Baylen: “Around 2006-8 when my career practically died. All I’ve ever done is act. If it’s not stage  it’s film, it’s voice. But when you’re in those shitty ruts and nothing is going on, you can let yourself go to that self-destructive place. But I’m an eternal optimist. I’m not sitting by the phone and crying. A lot of us have bad years. Sometimes you have a mediocre year, but it’s so much better than the year before! Still, at the end of the day, it’s worth it. I do this because I love it. You don’t become an actor if you want to be rich.”

Graham Cuthbertson, who plays John Williamson: “I’m not entirely sure that I’m out of the toilet. No matter how much money I seem to make, I feel like I’m always giving it away. The last day job I had was a night shift job at a [Toronto] hotel and I was the only person on staff at night and I didn’t see the sun all summer. I turned vampire white. I was facilitating escorts for young military boys headed to Iraq or Afghanistan, a lot of salesmen, people visiting relatives in hospitals. It was a really sad but also an interesting place. Then one night this dude walks in whom I knew from high school and hadn't seen in years. He came in around 3:30 am looking for a party, saw me at the desk and burst out laughing. And I thought, ‘It’s gotta be better than this somewhere else.’ So I quit and turned it around.”

Daniel Lillford, who plays Dave Moss: “You have your ups and downs. Some years are really tough when you’re not the flavour of the month. I have children, so I don’t care if I’m not the flavour of the month because they give me more joy than anything else. But when you have to pay the bills because you have to feed the kids, then you can be depressed and unhappy. So you apply for jobs that you’re overqualified for or do things you think that you’d never do, like the time I worked on a golf course for about three months. I woke up early in the morning to do a job I absolutely loathed, worked with some good people and some assholes, but it paid the bills.”

R.H. Thomson, who plays Shelly Levene:  “When my career is in the toilet I lay down on the living room floor and turn the volume up really loud. It stops me from exiting the world. But you get up and create things. You do jobs you never thought you’d do. My children still hold this over me: I took a role in a sci-fi TV movie about underground bugs ­– the film shall remain nameless – and was incredibly bad and clichéd. They spent at least $5 million on it, which still leaves me gasping. It was a horrible film.”

In other words, these fine actors knows what it’s like to be desperate, and will bring some of that world-weary experience to the Segal stage as a first-rate ensemble cast in The Segal’s new production of Glengarry Glen Ross.