Review: (Vancouver / Theatre) Between the Sheets 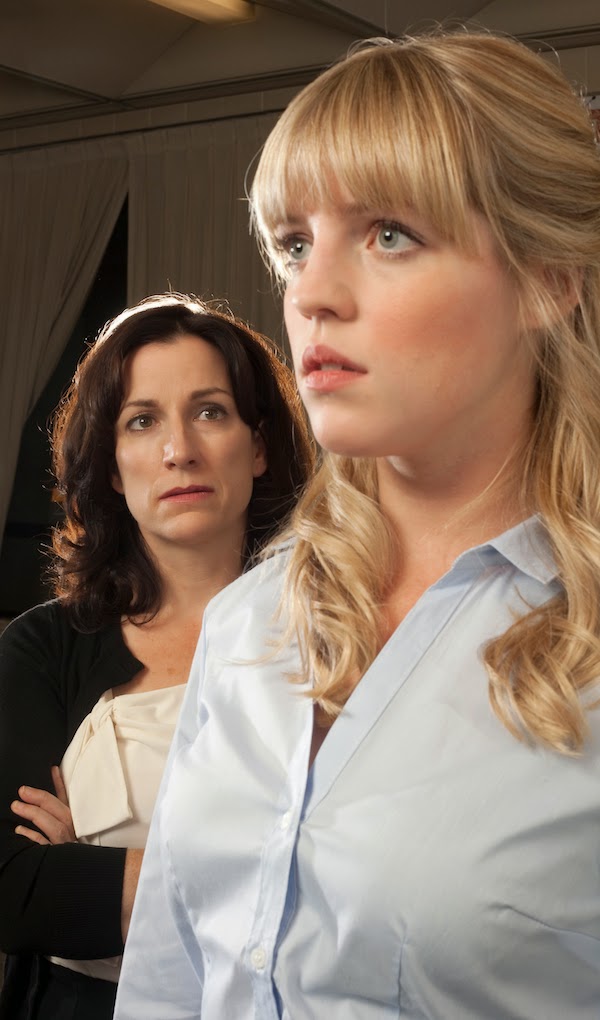 Pi Theatre has done some very theatrical shows over the years, but this time they have simplified and it was super-theatrical.
Between The Sheets is a 2012 script written by Jordi Mand; it concerns a parent-teacher interview in an elementary school that turns into a battle of wills in unexpected ways.
Artistic director Richard Wolfe has set it to great effect in Admiral Seymour Elementary School and there is no lighting design or sound design. Just the hum of the lights in a small classroom decorated with children’s art and school projects.


The one-hour show has the slight feel of a really spectacular Fringe show, but this is even more professional and compelling. The script has wonderful reveals and twists that I don’t want to give away here. I can say that some of the characters' half-truths are revealed, who has the upper hand and when and how is constantly shifting.
Teresa Stewart is young elementary school teacher, compassionate and idealistic. She is played with dignified warmth by Stephanie Moroz who layers the character with false ideals and beliefs about herself that will be stripped away as she confronts a mother with an agenda
Caitrona Murphy once again surprises with her embodiment of a character. Marion, the mother, is a working professional who 'won’t apologize for having high expectations' for her son, her life and her husband. She gets challenged on all fronts by the end and is so rocked by one allegation it causes her to get sick in the garbage nearby.
It's really nearby because the audience is seated in chairs along all four walls, as the women pace and alternate between stalking and avoiding each other among the little desks. The show experience for the audience is incredibly intimate and powerful.
This battle of wills changing strategies is often very shocking and although its grip loosens a few times the audience is mostly held tightly. Writers, actors and audience that love high stakes drama will find this a rewarding theatrical experience.
This is an extracurricular school activity that is visceral more than informative and those were always way more fun.
March 14 - 26
Posted by THE CHARLEBOIS POST at 4:05 PM