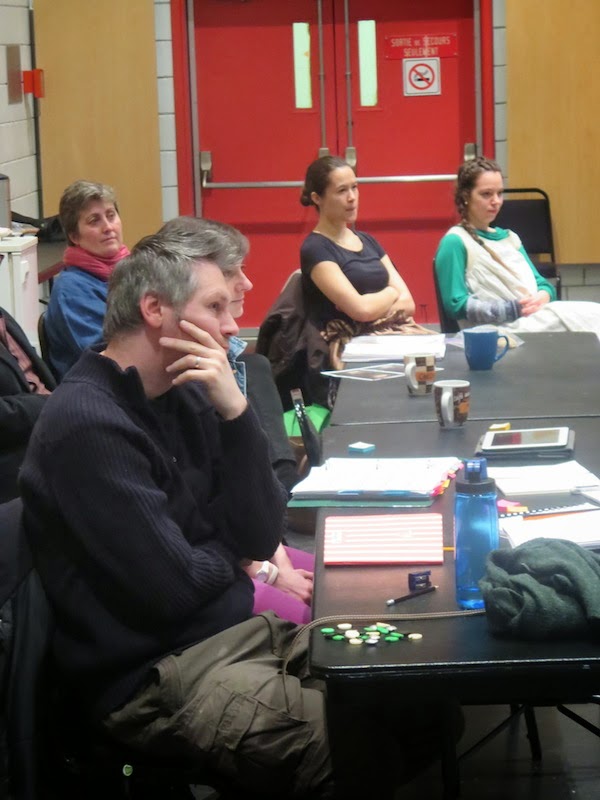 Canadian mezzo-soprano Emma Char was among the very lucky few to be chosen to study in the renowned Atelier Lyrique de L’Opéra de Montréal, a school that has bequeathed the opera world such talented singers at Etienne Dupuis, Marie-Josée Lord, the handsome Phillip Addis, as well as Taras Kulish, who today is executive director of the McGill Chamber Orchestra.

The 29-year-old Atelier Lyrique de L’Opéra de Montréal offers professional internships – combining training and on-stage experience – to young Canadian artists who have completed their studies and intend to pursue a career in the field of opera.

Char is one of 10 young artists chosen for the 2013-2014 season and while she may be young, Char has already experienced some terrifying showbiz moments, like the time she sang the title role in La Cenerentola when she completed her Artist Diploma at Cincinatti’s prestigious College Conservatory of Music.

“It was one of the first operas I ever did, my scene partner forgot he was supposed to stay onstage with me during my entire aria!” Char recalls today. “He left the stage and I had to improvise my acting right there on the spot. I was freaking out, but I was like, ‘I can do this!’”

This is Char’s second year with the Atelier Lyrique, which has joined forces with the National Theatre School of Canada and the National Circus School to present a brand-new version of Engelbert Humperdinck’s classic 1893 opera Hansel and Gretel at Salle Wilfred-Pelletier beginning on March 22, under the stage direction of Hugo Belanger.

“Directing this opera has been a challenge,” says Belanger, also artistic director of the Tout à trac theatre company. Two of Belanger‘s shows for young audiences, Alice in Wonderland and Pinocchio, are currently touring Canada and the United States, and he also directed the opening show for the Canada Pavilion at Expo 2010 in Shanghai.

“I’ve already worked with a circus – the Cirque du Soleil – in Shanghai, so I like to mix it up a bit, not stay in my comfort zone,” Belanger told me during an opera rehearsal last week. “I like working with young people because they are open – they want to run, to jump, to learn, to do it. They are so willing, and together we want to create a new show.”

For Char and the rest of the cast, rehearsing Hansel and Gretel has been hard work.

“This show is in German, and my native language is English,” Char says. “So this didn’t come naturally. We’ve studied a bit of German in our training, so we have a basic idea of what the words mean, but memorizing it takes some time – a lot of thinking, speaking in German and writing it out.”

Hansel and Gretel’s libretto was written by Humperdinck’s sister, Adelheid Wette, based on the Grimm brothers’ fairy tale of the same name. The opera premiered in the Hoftheater in Weimar in December 1893, conducted by none other than Richard Strauss.

Throw in the National Theatre School of Canada, National Circus School and the Atelier Lyrique de L’Opéra de Montréal, and you have a three-headed monster in need of a strict task master.

They have found their firm hand in Belanger.

“I’ve worked with circus acts before, and the problem about integrating them in this show is the timing, to make it natural, because you can’t stop the music,” says Belanger, who last season directed Beethoven Lives Upstairs for the Orchestre Symphonique de Montréal. 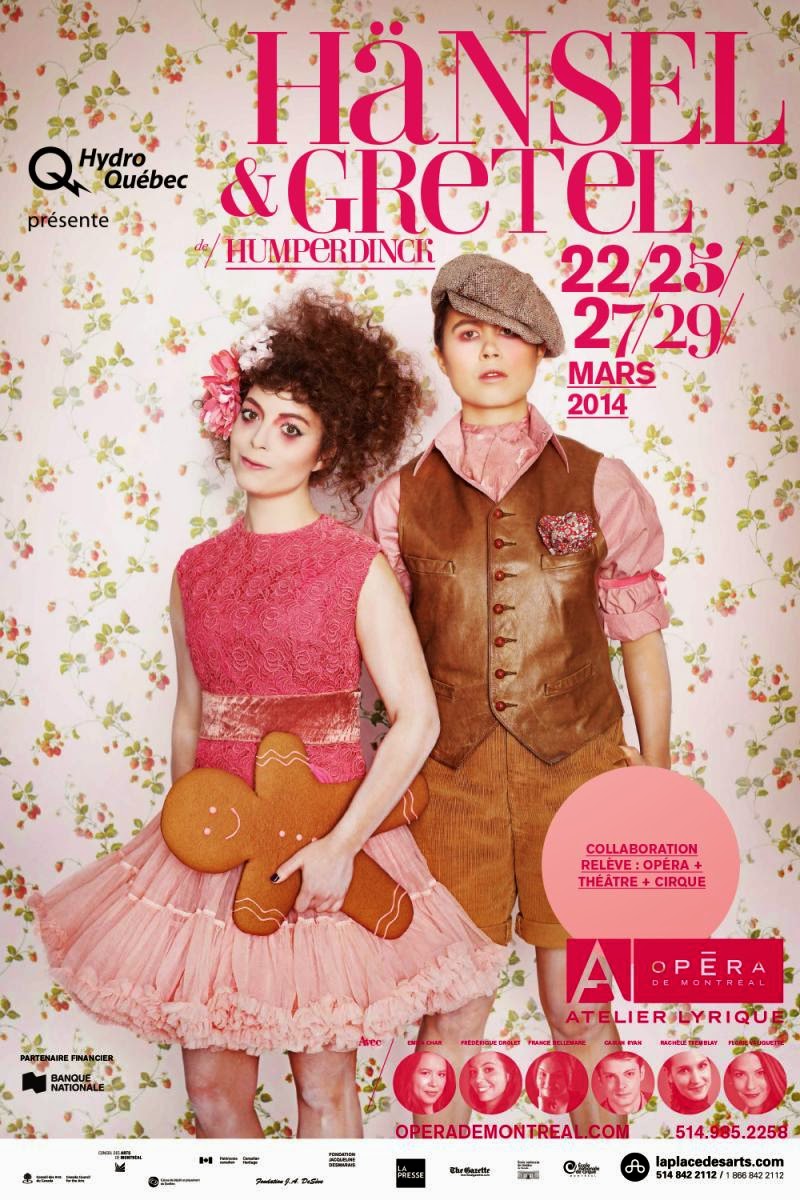 “This is an opera, not a multi-disciplinary show,” Belanger continues, “It’s an opera with circus artists in it. When L’Opera de Montreal asked me to direct this show, I had to think about it before I accepted the proposal. Because I wanted to be sure I had an idea of how I wanted to do this, and do it great.”

Meanwhile, Char has the fear factor under control.

“This season I know the people, I know the play,” she says. “What’s more difficult this year is there are more people in the show, which is much bigger in scale. But the thrill of being onstage is liberating, especially when you go out there and give it all you've got without worrying about the outcome. When I get lost in a role like that, it’s totally freeing.”

L’Opera de Montreal presents Hansel and Gretel by the Atelier Lyrique de L’Opéra de Montréal, National Theatre School of Canada, and the National Circus School,  March 22, 25, 27, and 29, at 7:30 pm nightly. In German with English and French subtitles. Running time is 2 hrs. 05, including a 20-minute intermission. Click here for more info and tickets.