In a Word... Calli Armstrong on staging The Full Monty 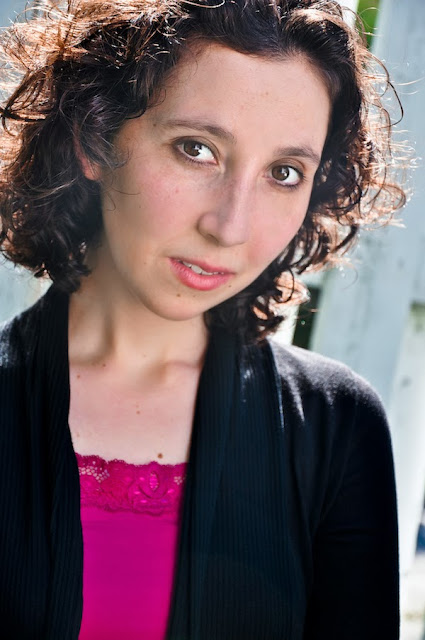 Calli Armstrong is the co-founder and artistic director of Beautiful City Theatre. A director, actor, and drama therapist, she has worked with a number of theatre groups and not-for-profit organizations using theatre to build community (Centre for the Arts and Human Development, Montreal Playback Theatre, Third Space Playback). In addition to working with Beautiful City Theatre, Ms Armstrong is presently an adjunct professor completing a postdoctoral fellowship in Concordia University’s Creative Arts Therapies department.

CHARPO: How concerned are you, when you go into a project like this, that the source material - The Full Monty - is just too well known to bring people into the theatre?

ARMSTRONG: While the script for The Full Monty - The Broadway Musical was based on the 1997 hit film, we’ve been pleased to discover that this has not deterred ticket-buyers. Quite the opposite, in fact. The Full Monty seems to be a show that people are eager to see live. The Full Monty is about a group of unemployed steel workers that are down on their luck and decide to form a male striptease act. In addition to being an enjoyable comedy, the show is a beautiful and thought-provoking story of struggle and acceptance. I think the storyline is one that resonates with many people.

To our knowledge, this show has never been done in Montreal. We’re excited to produce it here and we’re thrilled with the public’s expressed interest.

I’m a fan of the movie myself, but I’ve made sure that the choices we made in developing this show are grounded in the text, as opposed to being inspired by the film. I would hope that there’s something in Beautiful City Theatre’s version of The Full Monty for fans of the movie as well as newcomers to the story.

Some stories are just meant to be brought to life on stage, and The Full Monty is definitely one of those stories. I think this is a show you can see again and again.

CHARPO: You have taken the financial risk of booking Centaur Theatre for your run - how do you assess that risk and how do you cover costs?

ARMSTRONG: Well, I think there’s an element of financial risk in mounting any production of this size. We had the privilege of opening our first mainstage show (Godspell) at Centaur Theatre last January, so we had a good idea of the costs involved. We’re thrilled to be working there again. We’ll be in Centaur 2 this time, the larger of the two Centaur theatres, and it’s the perfect size for this show.  The success of our first mainstage production left us in a good position to mount another musical, The Full Monty, in our second season. Our other Beautiful City Theatre (BCT) projects, shows and workshops, are also a source of income for the company. This year we produced two shows for the Montreal Centre for Literacy and we presented a workshop at the Quebec Provincial Association of Teachers Convention. While these projects are accomplishments in and of themselves, they also provide us with some extra income to support our more expensive projects, such as The Full Monty.

As I’m sure most independent theatre groups experience, finding financial support for the company is an ongoing, year-round task. We’re grateful to be working with a few generous sponsors and to be part of a very supportive Montreal theatre community.

CHARPO: Now the phrase - the full Monty - is known to everyone. Nudity of any sort is never an easy thing for most actors. How do you prepare your cast for that moment in the play?

ARMSTRONG: One of our primary goals as a company is to create a ‘safe space’ for our artists, team members, and collaborators. While the term ‘safe space’ has been used in a variety of ways by different groups, our definition refers to a space in which people are permitted to participate fully, be themselves, and be accepted for their entire identity. This includes gender identity, sexual orientation, spirituality, age, ethnicity, culture, language, level of education, physical appearance, and abilities and challenges of all kinds. Our company and our process supports the celebration of diversity and the acceptance and deep understanding of difference.

The Full Monty deals with a lot of mature subject matter. Aside from nudity, the show also contains offensive language and numerous stereotypes. The Full Monty invites commentary about power and privilege, and in developing this show it was important that our team be able to talk safely about relevant issues in order to build awareness and not repeat and perpetuate stereotypes.  We’ve tried to create a comfortable working environment where we can openly discuss concerns. Furthermore, when it comes to the nudity in this show, we’ve given the performers most of the decision-making power, and we’ve also done our best to empower the performers to make choices that they are comfortable with.

We’ve also tried to stay consistent and open about our way of working. In order to establish full transparency about what BCT’s development process would be like, the concept of safe space was discussed during interviews with both potential production team members and performers. I think that this helped participants make informed decisions about working with us. Some of the auditions included an interview component, and the callbacks included a discussion of the subject matter of the show.

I believe the BCT environment has helped the cast be more at ease with the more vulnerable or “risk-taking” moments of the play. Of course, no system is perfect, but we’ve done what we can to create a supportive environment. And finally, though we are very cautious when it comes to nudity on stage, it’s also important to note that some people are quite comfortable with it.

CHARPO: Are you bringing the play home or are you going to try to nail the difficult Sheffield accent?

ARMSTRONG: Thankfully, that choice was actually made for us. When the musical was developed and adapted from the screenplay, they opted to change the setting of the musical to Buffalo, New York. While I’m sure our cast are up to the challenge of Sheffield accents, the voices of Buffalo are a bit more familiar.

CHARPO:  Aside from the obvious problems - tell us what else has been problematic for you as you prepare and, finally, though its early days (when we do this interview) how are things moving along?

ARMSTRONG: Things are going incredibly well. The BCT team and our followers are quite excited for the opening of the show. But we have encountered a unique challenge. An unusual choice we have made for this show’s development was to have the cast be the ‘choreographers’ of all the numbers in the show. When choreography is suggested in the script, it generally involves striptease rehearsals and performances of the actual strip number. In the fictional world of the play, the strip number is choreographed by a group of men who are out of their element, and as such, the choreography that the characters create is necessarily an honest and beautifully 'imperfect' performance.

For BCT’s production, the actors have worked together to create the choreography, allowing each number to maintain the unique and raw quality that this show begs for. The problem of course, is that this process of working is incredibly time-consuming. With the reality of limited rehearsal time, I find myself at many a rehearsal thinking it would be so much easier (and faster) if I simply taught them a set of steps, but that would defeat the purpose. I think at times it’s been a challenge for the cast to adjust to this way of working too, but it has been a privilege to witness them grow as a team, and I think the teamwork shows in their performance.  Though it has been a challenge in terms of time and energy, I’m delighted with what has been created so far, and the group is excited to share their work with an audience.