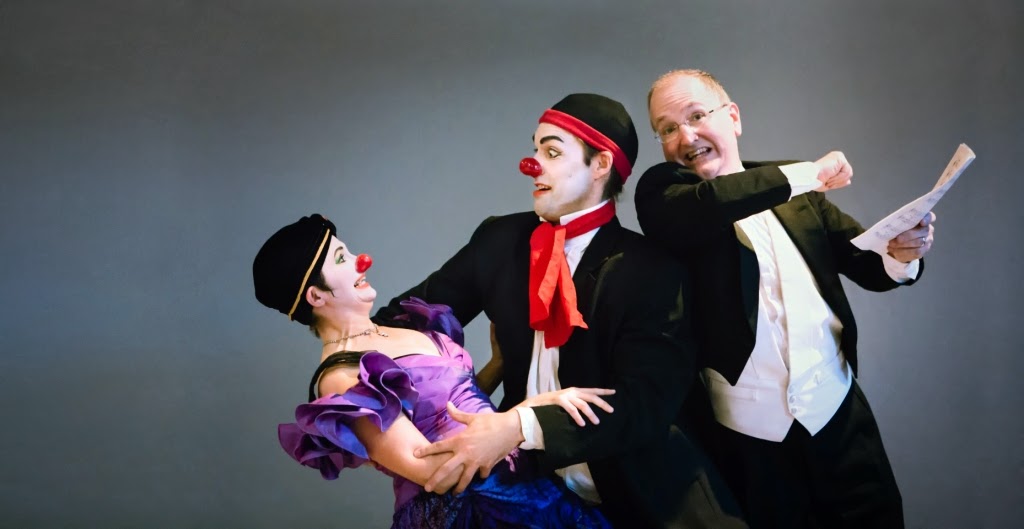 What, exactly...?
by David-Benjamin Tomlinson


David-Benjamin Tomlinson is a writer and actor who performs much of his own work; stage works include Starf#ckery: Life Lessons Learned From Working the Red Carpet (2013), Memoirs FromCracktown (2012), Wingéd (2010), Cordelia (2010), Sunstroke: Icarus Speaks (2006), Keyed (2005), and the Canadian Comedy Award-nominated Things Under the Bed.  David-Benjamin has appeared in Hope Thompson's She Walks the Line and Tyrolia, Toronto Masque Theatre's Arlecchino Allegro, three seasons of Sky Gilbert’s Shakespeare Experiment, and Sky’s plays Rope Enough, Happy, and Dancing Queen.  Media performance credits include the feature film Grey Gardens, and the television series Orphan Black, Train 48, Queer As Folk, and The Newsroom.  David-Benjamin is a writer of film, television, stage plays, web series, and radio drama.

“So exactly what kind of show is it?”

That’s usually the first question I hear after I tell people about Arlecchino Allegro. I’ll be the first to admit, it’s a hard question to answer. I get the reason why people ask: Renaissance music and clown, in a presentation that would be considered neither theatre nor a straightforward concert. In fact when Diana Kolpak first pitched the idea to me almost a decade ago, I have to admit I was initially wary. I was quickly talked off the ledge (all these years later, I can’t remember what exactly she said, but man… it must have been good), and made a part of the project.

Not only did I have a blast working on the initial presentation of the show (which was then called Tears of a Clown), the production  was a tremendous success.  Re-visiting it 10 years later, you wonder, of course, whether  it will have the same magic, whether  you’ll be able to capture what it is you were able to capture before. It’s foolish thinking, of course, and you ignore those voices as best you can, but they still can be found lurking in the shadows.

At rehearsal, I was also struck by the music. The music!

Having arrived home from our first rehearsal together, I am extremely pleased to report that all the play and laughter we experienced together the first time around is still very much present. In fact, I’d say it was even sweeter; maybe it’s like they say - some things do indeed get better with age. The camaraderie in the room when we  talked through the show was incredibly dynamic.  New ideas were tossed out, bits and pieces rehearsed. I feel like the project is enriched thanks to the paths the artists involved have walked since then and the experiences they bring with them. Everyone involved is eager to play and make this presentation of the show new and even better than it was last time.

At rehearsal, I was also struck by the music. The music! The music is beautiful, I had forgotten that. It’s a tremendous privilege to be able to listen to the Toronto Masque Theatre’s musicians play in these small settings.  On the rare occasion that they decide to play something twice in order to go over a section, I am always secretly thrilled; not that there has been an error, but that I get to hear the piece again. If I'm going to be completely honest, sometimes I sit there hoping  that they don’t get it right so I can listen to them a little more. Don’t tell them that though.

One change from the original production is that as  a performer, I face a new musical challenge. I can’t go into details as to the nature of the challenge –spoilers- but I can say that if I can pull it off (fingers crossed), it’s going to make for some… highly entertaining viewing.  It’s also worth noting that it wasn’t a challenge I selected for myself, but something that was handed to me by Larry Beckwith (the Artistic Director for Toronto Masque Theatre). At first,  I immediately questioned his (possibly mischievous) intentions; it was incredibly intimidating.

When it came time to rehearse that bit, I told everyone flat out that I was terrified. Everyone (even Diana who usually likes to see me squirm), was incredibly supportive. We worked through it together, laughing along the way… and let me just say, thanks to how well we all work together, it’s a lot less terrifying, and it’s going to be extremely entertaining.

So.. what kind of show is Arlecchino Allegro?  It’s a live experience with roots in both theatre and music. It’s a show created by a number of devoted, talented artists who love music.  It’s a show filled with laughter, romance, and beautiful music.  It’s an opportunity for play, for growth, and for a few surprises. In my books, that makes it an absolute must-see. Hope to see you there.