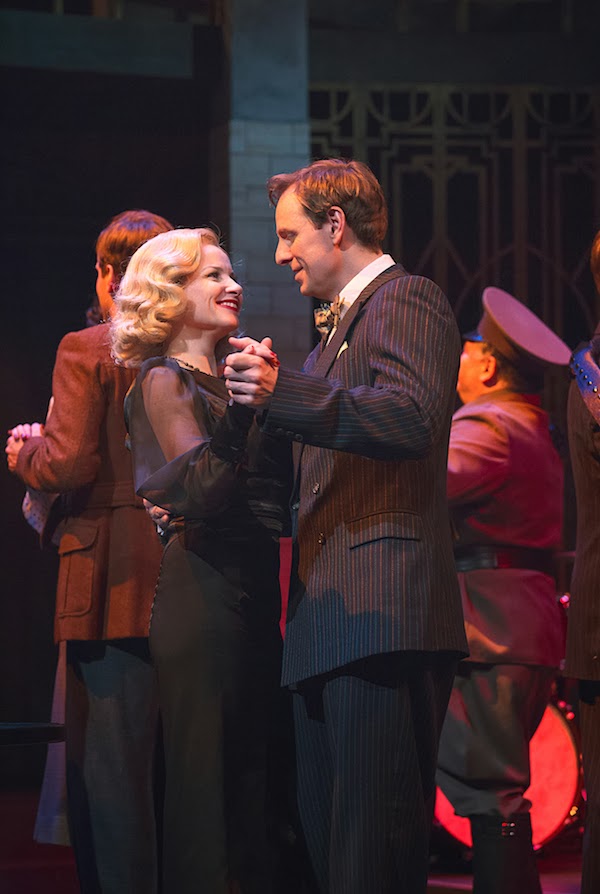 At first glance, Soulpepper’s staging of Idiot’s Delight has all the makings of a first-rate comedic romp.

We are in a resort in the Italian Alps. The company is intriguing, kooky, and worldly. A French revolutionary, a Russian con artist with her munitions tycoon lover, and an American vaudeville entertainer with his bevy of blonde showgirls all make an appearance.

The world is on the brink of war. The borders are closing. No one can get out.

What more could you ask for?

Plenty, it turns out.

The trouble is the Idiot’s Delight is a play that hinges on context. I can only imagine what seeing this play in 1936 might have been like with the world hanging on the edge of a precipice and the memory of the deadliest war still a fresh wound. It would be bone chilling, confusing, and tense.  But shorn of its time and place, the play loses much of its poignancy and tension, and the production is not strong enough to make up that shortfall.

Ultimately, the Idiot’s Delight is an indulgent play. Clocking in at nearly two and a half hours and with a cast of over 20, it is bursting at the seams. Even two hours are not enough to turn these characters into fully fleshed human beings. Instead, we watch caricatures of nations and mouthpieces of ideology parade on stage. We never fear for them because they do not convincingly fear for themselves. We never believe in them because they are one-note characters that fail to connect with each other and the audience. By the show’s end, their relationships are as tenuous as ever.

Even the romantic leads cannot muster believability or chemistry. I could not buy into their love story because I could not imagine that Irene (Raquel Duffy) could be interested in anyone but herself nor that Harry (Dan Chameroy) could be so hung up over a one-night stand from so many years ago.

The one exception is the endearing and bumbling Dumpsty (Evan Buliung) who stole the show and likely some hearts that night. His was the one character that had some depth and managed to convey how insignificant individual lives are in war and politics. Nations go to war. Borders are redrawn. One war he is called to fight for the Austrians, and in another war the Italians, but he does it with an affable good-natured charm. It is tragic, and you feel for him. I yearned to see more of that, but perhaps this is one play that is best left to the history books.