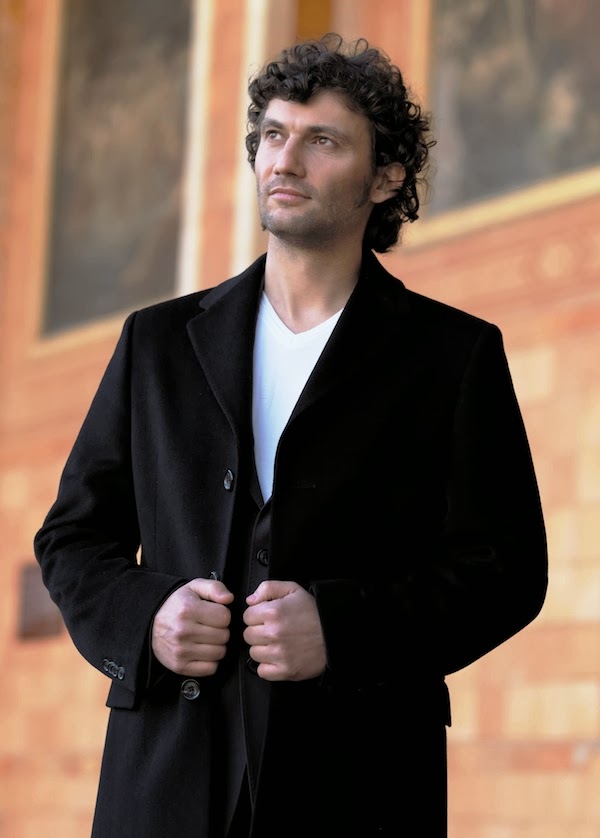 The world’s greatest living tenor, opera superstar Jonas Kaufmann, sits down for a one-on-one with CharPo on the eve of his much-anticipated Montreal debut …
Richard Burnett
@bugsburnett

Everyone knew they were witnessing a historic concert when then-36-year-old Italian tenor Salvatore Licitra, hailed by The New York Times as the successor to Pavarotti, took the stage at L’Opéra de Montréal’s Signature Event back in 2004.

It was Licitra’s first-ever concert in Canada and last in Montreal: Tragically, Licitra died in September 2011 after crashing his scooter into a wall in Donnalucata, Sicily.

But a new tenor has risen to occupy the throne once held by Pavarotti (who passed away in 2007) and Licitra: Munich-born Jonas Kaufmann is considered by many to be the world’s greatest living tenor (73-year-old tenor Plácido Domingo transformed himself into a baritone five years ago) and one of the Top 10 tenors of all time. 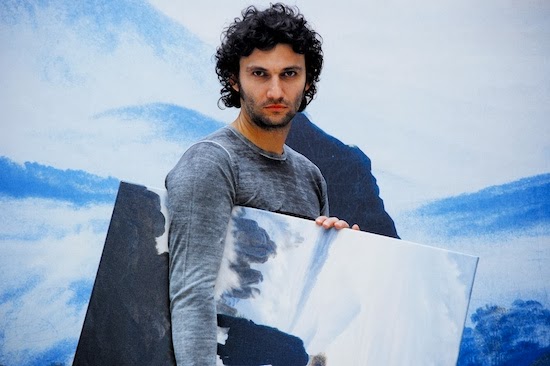 Cutline: Jonas Kaufmann is widely hailed as the best tenor in the world (Photo by schotzshootspeople)

Kaufmann is, says The New York Times, “the most exciting tenor around.”

Kaufman also won the Male Singer of the Year Award at the 2013 Opera Awards. When I ask him about it, he doesn’t beat around the bush.

“For me, winning awards are as important as the applause after a performance,” Kaufmann says. “It’s the response of the audience, the acknowledgement of my work.”

Born in Munich in July 1969, Kaufmann made his professional debut at Staatstheater Saarbrücken in 1994 at the age of 25, and has gone on to perform on the great stages of the world, from La Scala to the Metropolitan Opera. The opera superstar will make his Montreal debut in a concert of arias at L’Opéra de Montréal on February 2, accompanied by the Orchestre Métropolitain under the direction of Jochen Rieder.

The program will feature some of Kaufmann’s most famous arias, which the tenor explains can be difficult to sing at concerts where arias have been removed from their context.

“Handsome and brooding,” The New York Times describes him

“The special challenge is to create a character and a situation within 3 to 5 minutes,” Kaufmann says. “Therefore, singing a bunch of arias in a concert is almost as demanding as a song recital since you have to tell the entire story in a short time. For example, if you sing Alvaro’s aria from La forza del destino, you have to create the situation of a man who suffers from being separated from his beloved. Just to sing a well-known Verdi tune would be completely besides the point.”

Kaufmann is now also crossing over to mainstream audiences, due in part to journalists highlighting his good looks.

“Handsome and brooding,” The New York Times describes him, and The Guardian recently noted, “With his matinee idol looks, unruly dark curls and come-to-bed eyes, he’s won the hearts of legions of fans across the world.”

But when it comes to opera’s current fascination and obsession with more physically fit and beautiful opera singers in this digital age, Kaufmann says, “I think that some people focus too much on it. And for a singer who spends so much time in vocal training and musical study, it’s very frustrating to discover that sometimes acting skills and physical appearance are considered much more important than vocal talent and musicality. But don’t get me wrong: Basically I think that an opera singer should have some more to offer than just a great voice or great singing. Ideally, the acting should be as good as the singing. When this is the case, opera can be magic! And I think that’s the reason why many singers, who could have a much more comfortable life on the concert stage, are totally dedicated to opera. They always look for those great moments, when singing and acting are all in one piece.”

If anything, Kaufmann’s vocal crisis made him love opera even more.

Kaufmann is always searching for the next great moment, but he nearly lost it all in 1995.

“When I started as a professional singer in 1994 I believed in what I had been taught as a student: to be the typical ‘lyrical German tenor’ with Tamino and Don Ottavio being the centre of my repertoire,” Kaufmann says.

“But during my first season in Saarbrücken I soon realized that this wasn’t right for me. I got ill very quickly and I was unable to cope with all those things I had to sing. In the darkest moment of those years, I got hoarse during a Parsifal performance singing the small part of the fourth squire. Thank god I met Rhodes shortly after [because] he taught me to sing with my own voice instead trying to sound like a ‘lyrical German tenor.’ Fortunately, I managed to overcome that crisis rather quickly. But when Rhodes told me that I’d sing Lohengrin one day and that I’d even sing at the Met, I shook my head in disbelief. But he was right, and I can’t express how grateful I am having met this wonderful teacher at the right time. Michael Rhodes saved my voice [and] it changed almost everything.”

If anything, Kaufmann’s vocal crisis made him love opera even more.

“Opera is one of the greatest genres in art – and entertainment on the highest level as well,” Kaufmann says. “Of course, it is very expensive, it takes a lot of energy, since you need some hundred people to perform it. But if it works well, opera is a powerhouse. I’m convinced that great music has the power to change one’s life. Great theatre as well. And for me, there is nothing more exciting than the combination of both: the thing we call ‘opera.’”

L’Opéra de Montréal presents Jonas Kaufmann in a concert of arias, with the Orchestre Métropolitain under the direction of Jochen Rieder, at Salle Wilfrid-Pelletier, February 2 at 2 p.m. Click here for tickets and more info on the L’OdeM website, and click here for Jonas Kaufmann’s official website.