Review: (Toronto) Release the Stars; The Ballad of Randy and Evi Quaid (Next Stage) 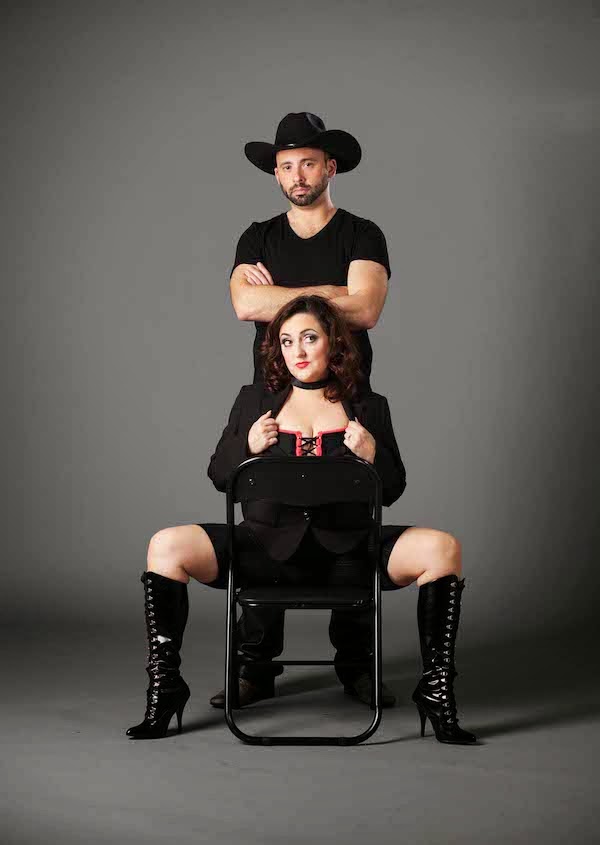 Randy and Evi Come to Town
by Jason Booker
How meta are you willing to go? Try this one on.
A show about a show about a pair of celebrities that came to visit the show in its first run and now is remounted and revised. Yeah, it’s real. It’s what happens when the subjects are Randy and Evi Quaid. You might recall Randy from a series of character actor parts in films like Brokeback Mountain or the National Lampoon Vacation movies, or maybe even his Oscar nomination for The Last Detail back in the 1970s. Evi married Randy back in ’89. But of course that’s the real people, and not the show.


In this play, Release the Stars: The Ballad of Randy and Evi Quaid, co-written by Amanda Barker and Daniel Krolik, who also play the eponymous characters, Randy and Evi are recreated in various ways. Amongst the manners employed, Amanda and Daniel break the fourth wall to tell of meeting the duo back in 2012 when they attended the earlier version of the show at the Toronto Fringe. These episodes are, of course, the most amusing in the show – they are real and allow for a connection to be made between observers in the dark and participants up on stage, without the filters of madness or media involved. They also tell the easiest parts of the story to follow, as many in the audience will understand the nerves of preparing for a show or how anxiety-ridden meeting a celebrity or a politician or even a new employer can be… even if the person is rambling about how a cabal of lawyers, agents and estate planners is trying to kill him. Wait, that’s the Quaids again – too specific.
Other methods used to simulate the pair and fill in the uninformed involve some sparing video clips (of particular note, Randy’s song after the bows) and a few rather ridiculous recreations of conversations and encounters that the couple may have had with each other in bed or while driving, with equally campy projected backgrounds. These moments often reek of low-budget true-crime TV movies, like the type Randy made a few times. They come off as flat and predictable but necessary for the narrative to continue.
Of special note, really, are when Barker and Krolik allow Evi and Randy to soliloquize about their lives: in these moments, the couple seem less like the crazed celebrities the media has portrayed them as and more like someone who has emotions and a past, like someone you might have lived next to years ago or someone you love even now, no matter how damaged that person might be, but seen only in hindsight.
The layers of the show are baffling and compelling at the same time: what’s real, what’s one person’s interpretation of the events and maybe even what is it that the Star Whackers (that’s Randy’s name for the group of people out to kill celebrities… and of course he’s on the list) want us, the commoners, to think about these people. Because one thing that the show does really well is make us realize that these are still commoners – they might live in Hollywood (well, at one point they did) and might make headlines, but they are still human and flawed and able to be persecuted. It’s all in the perspective, who does the telling of the tale.
The piece doesn’t always captivate but it definitely questions and compels an audience to respond – what more can you ask of provocateur director Jack Grinhaus and his cast?
Release the Stars at Next Stage to Jan. 19
Read also an interview with the creators of the piece, Amanda Barker and David Krolik
Posted by THE CHARLEBOIS POST at 12:00 PM