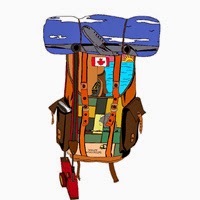 There is a peculiar phenomenon familiar to Winnipeggers who endeavour to travel elsewhere for any length of time--a kind of invisible bungee cord that always seems to draw you back to this city eventually. While people who aren't from around here might also feel this way about their own places of origin, almost any worldly Manitoban will surely identify with it.

Kaitlin Aiello and Rachel Smith attempt to explore these contradictory impulses in Wanderlust, but the result is too much of an esoteric grab bag of theatrical techniques to prove successful overall. Although the programme is straightforward in explaining that the show is a work of Devised Theatre, this collaborative creation can't sustain one's interest for any length of time--just as one scene begins to draw you in and get interesting with elements that feel universal, another scene in a completely different style comes along which is just as alienating as the preceding scene was relatable.


Wanderlust is bookended by Mindy and Marge, a pair of clueless older tourists, and these characters seem to be from a completely different show about tourism that could've explored similar themes in a very entertaining way through the use of irony. Like everything else in this performance, however, their presence is far too fleeting.

Aiello and Smith are charismatic and clearly talented, but they should bring in an outside director in any future production (or a revised version of this one) to give the expression of their interesting subject matter greater focus.