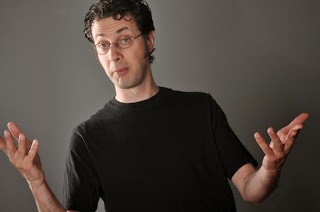 
You’re avoiding something. Writing. Acting. Dancing. Painting. Exercising. Getting your life in order. Working toward a career in a field you’re genuinely passionate about. Getting the wheels in motion on a project that’ll make a difference to all of us. Part of you is pulling toward this goal. Another part pulls in the opposite direction - hard.

Feeling the grip of Resistance (and succumbing to it) doesn’t mean that you don’t have what it takes to do this great thing, to become this more accomplished and realized version of yourself.

It means you’re a person.

Every artist gets it.

Anyone who’s ever set off to make themselves and the world better has faced it. And continues to face it. Every day.

My friend Justin Sudds turned me on to Steven Pressfield’s short, punchy and massively inspiring books on the creative process The War of Art and Do the Work. I’ve reread them, loaned them out, and given them as gifts. Even just thinking about them lights a white flame deep inside me.

In one section of his newest book, Turning Pro, he looks at the similarity between artists and addicts. And he defines addiction pretty broadly - it includes web-surfing, compulsive texting, tweeting and Facebooking, as well as addiction to sex, alcohol, nicotine and illicit substances.

The artist and the addict have a great deal in common, he posits. Here’s a short excerpt from the book:

The pre-addictive individual - i.e., you and I when we're young - experiences a calling. To art, to service, to honourable sacrifice. In other words, we experience positive aspiration. A vision of the higher, realized self we might become.

The intimation of this calling is followed immediately by the apparition of Resistance.

What makes this moment so soul-precarious is that most of us are unconscious, in the event, of both our aspirations and our Resistance. We're asleep. We know only that something is wrong and we don't know how to fix it. We're restless. We're bored. We're angry. We burn to accomplish something great, but we don't know where to begin, and even if we did, we'd be so terrified that we still couldn't take a step.

The quick fix wins out over the long, slow haul.

When we can't stand the fear, the shame, and the self-reproach that we feel, we obliterate it with an addiction.

The addiction becomes the shadow version, the evil twin of our calling to service or to art.

That's why addicts are so interesting and so boring at the same time.

They're interesting because they're called to something - something new, something unique, something that we, watching, can't wait to see them bring forth into manifestation.

At the same time, they're boring because they never do the work.

Instead, the addict enacts his aspiration in shadow form. The addiction becomes his novel, his adventure, his great love. The work of art or service that might have been produced is replaced by the drama, conflict, and suffering of the addict's crazy, haunted, shattered life.

Addictions are not "bad." They are simply the shadow forms of a more noble and exalted calling. Our addictions are our callings themselves, only encrypted and incognito.

They are a metaphor for our best selves, the coded version of our higher aspirations.

Addictions and shadow careers are messages in a bottle from our unconscious. Our Self, in the Jungian sense, is trying to get our attention, to have an intervention with us.

The question we need to ask of a shadow career or an addiction is the same question the psychotherapist asks of a dream. "What is our unconscious trying to tell us?"

In my case, it’s this: get the fuck off Facebook and get back to work!

If you’re having trouble doing that, check out Stephen Pressfield’s books. They might help.

Ed: Our thanks TJ for your innovative columns!