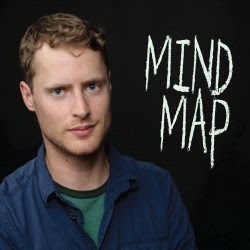 This is a story about how life is an experiment, and we are brought into the personal lab of Wes Lord to see what the results will be.

The result is something that is unfortunately, a bit underwhelming. He arrives on stage and announces, jokingly, that he's had to leave three-quarters of his cast, along with the set, in Vancouver, because they couldn't afford to come to Toronto for the Fringe. And I don't think he was joking, because the rest of the show seems to be something along the lines of improvised stand-up comedy: never a good idea, for anyone involved. He tells us stories of his life, often with good comic seeds, but which comes out deflated in his somewhat self-conscious delivery. Self-conscious because he seems aware that he's under-prepared but unsure of what to do about that.


And I think part of the solution is just that: to prepare. To over-prepare, really. Professional stand-up comedians are so good at their jobs that they often make their material seem off the cuff, but in reality that material is worked over and over and over again, and then their performance is designed to make things seem conversational and spontaneous. Lord's show was actually, to be fair, something which has a lot of potential. Some of his story ideas - for instance, how the last place you want to learn you're allergic to latex is while you're losing your virginity - are poignant and hilarious in theory, but his delivery was tentative and scattered, which unfortunately sucked the humour out of the delivery. If he were to work on a more cohesive story, some better delivery and timing, the results might be much more successful.