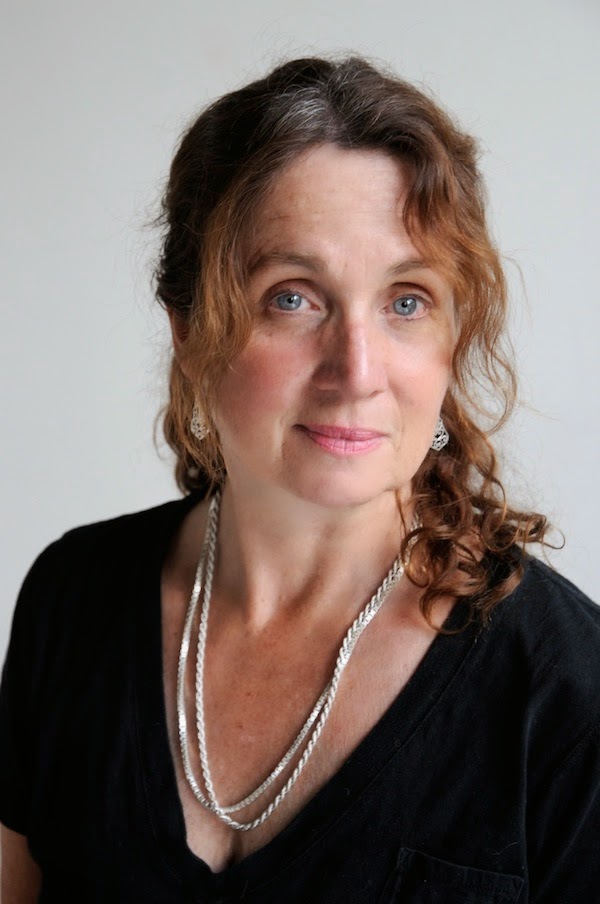 Dread, Dreams or a Train to The Yukon
by Judith Thompson

A highly esteemed Canadian playwright, Judith Thompson is the author of 20 published and produced plays - many of which have been produced all over the world in many languages - including The Crackwalker, White Biting Dog, I Am Yours, Lion in the Streets, Sled, Perfect Pie, Habitat, Capture Me, Enoch Arden, Palace of the End, Such Creatures, The Thrill and Watching Glory Die, as well as adaptations of Hedda Gabler and Elektra. Elektra in Bosnia was performed in Hydra and Athens, Greece as part of the 2012 international Women & War Project. She has also authored two feature films, Perfect Pie and Lost and Delirious, as well as several made-for-TV movies including Life With Billy and numerous radio plays. She is the director/creator of the verbatim theatre pieces body and soul, Sick, Rare and is currently in rehearsals for Borne. She is the recipient of two Governor General's Literary Awards, is an Officer in the Order of Canada and received the Queen Elizabeth II Diamond Jubilee Medal in 2012. In 2007, she was awarded the prestigious Walter Carsen Prize for Excellence in the Performing Arts and in 2008, The Susan Smith Blackburn Award and Dora Mavor Moore Outstanding New Play Award for Palace of the End, which also garnered her the 2009 Amnesty International Freedom of Expression Award. She has been a professor of theatre at the University of Guelph since 1992. She lives in Toronto with her husband, two dogs, two cats and a shifting number of her five children.

Woke up this morning feeling pure dread—now these are moments I generally never admit to in public, but there it was: absolute dread of returning to the stage in my newest play Watching Glory Die, on Thursday, May 15 at Berkeley Street Theatre Upstairs.

Why? The premiere in Vancouver at the beautiful Cultch in late April—first time onstage in 35 years—was a dream, even though we had a bit of a rocky start. Almost no time for tech and opening night was only about the miracle of me remembering all my own lines—but, after I became comfortable with the lines and the 26 transitions, I actually was able to bring in sub-text, and layers and beautiful complications, and I got to a point about three days in where I really looked forward to entering the world of Glory, her mother Rosellen, and Gail, Glory’s guard—a world created so brilliantly by me, directors Ken Gass and Nicky Guadagni, designer Astrid Jansen, and projections designer Cam David and sound designer Deb Sinha.


as opening looms, I want to hop a train to the Yukon

The audience was passionate about the piece—there were parents with adolescent children in custody, social workers, addictions counsellors, and of course, some of the lovely warm theatre community. They assured me I had nailed it. My amazing stage manager, Nan Shepard, was a life saver, and we had a comfortable routine going—a light supper, ironing the awful prison shift, chatting about this and that, and me going over the script from start to finish.

After the show I would bicycle back to my airbnb down Union, across Quebec and onto the sea wall; the scent of cherry blossoms, azalea, and Vancouver green made me feel as though I was cycling through the air.

Now: We have had the unheard of luxury of almost two weeks of bonus rehearsal for the Toronto production, and we have made good use of it. I have found new lines that finally pull a character thread all the way through, we have cut four transitions by joining four monologues, Ken Gass and Nicky Guadagni have encouraged me to find deeper depths and higher highs—it’s been good, great, artistically gratifying. But suddenly, as opening looms, I want to hop a train to the Yukon and wait for the Northern Lights, or just hide in my tiny Toronto garden till it's all over.

Why indeed? This play is my artistic entering into the tragedy of Ashley Smith. I want to honour her, and her mother, and the rare brave souls who stood up for her. Like the nurse in Saskatoon who was fired and is being persecuted by the guard’s union for telling the truth about Ashley’s brutal treatment at the hands of a particular guard. And Julian Roy, the lawyer who secured a judgment from civil court that Ashley’s death was homicide, meaning: not suicide, and not an accident. I want this story to continue for many, many years in many languages.

I don’t want my vulnerability to the nasty part of our business to get in the way of that—and so I have to don the psychological armour that all actors understand. I cannot be buffeted by the diverse responses of our audiences. I must persevere, and face the dragon that is this story—after all, I have had to do this as a playwright for the last 30 years. Every single play of mine except I Am Yours and Lion in the Streets has been initially slammed by critics here but… BIG but, I must remind myself that…almost all of them, amazingly, have found rapturous response somewhere, at some point. Countless Masters and PhD theses have been written on my work. It is taught in every university in Canada and many others around the world.

I just wonder why, why—why am I putting myself out there again as a target for the venom-spewing trolls?

If I had done as the critics wished and just stopped writing, all those stunning performances, designs, and directorial concepts would never have happened. Those characters would have suffocated somewhere inside my brain. I learned after the Globe and Mail massacre of my first play, The Crackwalker, that the reviews rarely match the audience response, and they are never, never helpful. I have long ago learned not ever to read them, whether they are good or bad (although sometimes by mistake I will spot an open paper at a doctor’s office or a gym lounge, and my day is ruined), and, of course, the newspaper reviews are almost irrelevant in the age of social media—though the main theatre audience still reads the two dailies and many of them sadly trust the reviews as a final verdict.

I just wonder why, why—why am I putting myself out there again as a target for the venom-spewing trolls? The artist in me insists, DO IT! GET THE HELL OUT THERE, but the ordinary woman with a wonderful family and two dogs and two cats and loving friends balks—what the hell are you doing? You are fifty-nine years old, there is no dignity in being barefoot on the stage with your enormous bunions, your greying hair, and the frightening dry mouth that happens almost every performance.  There is no dignity in being fake-tasered, tying ligatures around your neck, screaming, and running as fast as you can behind the set design to the next monologue, diving onto the slippery stage. There is zero dignity in meeting folks after the show and looking for approval in their faces. Even less in hitting my email  list and basically begging busy people to come to my show. Every time I do this I think “never again.”

And then something happens. I forget. It’s like childbirth. We forget that horrendous pain when that divine baby emerges. We have the enormous privilege of giving life as women, and as artists. And the strongest works of art, the ones that last, seem to come through us. And it is our place, as experienced theatre-makers, to serve them.  I feel as though I am a sailor who has just returned from a rough sea voyage—the floor has finally stopped swaying, and I am very happy on dry land—but there is the ship, waiting in the harbour. I have no choice.  On Thursday, May 15, we go to sea.

Canadian Rep Theatre presents Watching Glory Die written and performed by Judith Thompson and directed by Ken Gass. May 15-June 1 at Berkeley Street Theatre Upstairs. Performances run Tues-Sat at 8pm, Sun at 2pm. Tickets are available by visiting www.canadianrep.ca or calling 416.368.3110.
Posted by THE CHARLEBOIS POST at 12:01 AM