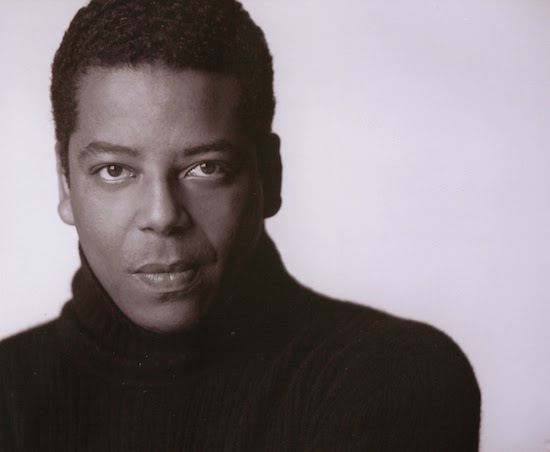 The Answer to "Why?"
Creating theatre should be joyous.
by Nigel Shawn Williams

Nigel Shawn Williams is the Co-Artistic Director of the Factory Theatre. He is a 4 time Dora Mavor Moore Award winner as an actor and director. His theatre credits include four seasons each at the Stratford and Shaw Festivals, as well as performing in Toronto, Winnipeg, Calgary and Montreal. His theatre career includes credits of over 20 years as an artist. As a director, Mr Williams' productions have garnered critical and artistic success, including the award-winning Brothel #9 and Tomasso’s Party at Factory Theatre. He continues to work actively as an actor and director collaborating not only at the Factory Theatre, but with theatre companies throughout Canada. Mr. Williams is also heavily active in new play development and has helped develop over 40 new plays either working as an actor, director or a dramaturge.  He is also an educator, having taught courses at both York University and the University of Windsor.  He has been, and continues to mentor young and emerging artists through the difficult transition from training schools to professional life.

A number of years ago, a friend asked me, ‘Why did you start directing?’

After two decades, having the fortune to work with, and learn from some of the best actors and directors in this country and abroad, I began to realize I was developing a new perspective of the work I was doing. I was seeing my role as an actor in any given play through a ‘macro’ lens. If I knew my scene partner had a monologue two pages ahead,  I would make sure I was in a position on stage to give them the strongest focus point. I began to understand the rhythm of transitions the directors were hunting for, and could easily adapt my pace to accommodate that vision. It was clear that I would have to build the momentum of a scene to a certain point for my fellow actors to reach an emotional climax.  I always wanted to be on stage to help other actors.  The simplest way to answer the question; I love actors, and I love the rehearsal process.


I’m once again learning from them

I had heard too many stories of actors being in an abusive rehearsal hall, or in an atmosphere that was not collaborative, or of the creative process being dictated. Creating theatre should be joyous. I believe I started directing in order to give artists a safe and healthy place to work; in which one could work hard, laugh a lot, and where everyone’s contribution is valid and heard. I wanted to become a director so we could tell stories together, fall in love with telling stories again, and make that love infectious for the audience. I truly believe, still, that theatre can change people’s lives.

When I became the Co-Artistic Director with Nina Lee Aquino at Factory Theatre, we both shared this view of the theatre and the artistic process. We now had an opportunity to expand our desire for a true and healthy collaborative process, beyond the rehearsal hall, sharing this vision with the whole theatre: from the staff at Factory, who work tirelessly to build the platform on which all the artists may create, to the artists themselves, whom we hope come into the Factory and feel a fresh energy for their creative juices. This is incredibly important to us, and I think we’re achieving it!

Now I’m in rehearsals for the last show of our 2013/14 season. Directing the hilarious comedy, Bingo! by Daniel MacIvor, and once again working with some of the best actors in the country. I’m once again learning from them, once again loving watching them work, solving challenges together, listening to them work out moments on their own, and we’re all finding out together that it’s true… comedy is hard. But it’s less so when you can rely on each other, know that everyone wants to play, are given permission to fail, when the director can say, ‘I don’t know’, and we can then work to find the solution together. Comedy is less hard when I see I’ve helped create an environment in which all of the designers, the stage managers, the actors are going further because they love the work they’re doing, and they feel safe in this playground we call rehearsal. To risk. To fail. To explore. To achieve.

I am reminded in these moments why I wanted to become a director.

When the audience comes this week... I will be reminded once again.

I love the theatre.