In a Word... Adam Lazarus on the Toronto Festival of Clowns

We have enormous variety at the festival and none of it is for kids.
by Gaëtan L. Charlebois

Adam Lazarus is an award winning actor, director and acting instructor. He is faculty at The National Theatre School of Canada and the Artistic Director of the Toronto Festival of Clowns. Notable credits include: [boxhead] (Crow’s Theatre/Mamalian Diving Reflex); Wonderland (QuipTake); Appetite (Volcano/Theatre Passe Muraille/Exchange Rate Collective); The Lupe Trilogy (QuipTake); Le Fain de Partie (Waves festival/Luminato); Tyumen, Then (Groundwater Productions); and Terminus (Outside The March). Mr. Lazarus is a graduate of L’École Phillipe Gaulier. Next, his The Art of Building a Bunker will open the Factory Theatre 2014/15 season.

CHARPO: When clowning first began to appear in mainstream theatre (as a new way of approaching a play, say) it was considered fascinating and clever. (I saw The Anger in Ernest and Ernestine where it was brilliantly used.) Then it became, especially during Fringe festivals, a bit of a cliché. (I also saw a production of Cowboy Mouth where it just sat there stinking up the joint.) What do the festival and your work do to reclaim clowning and its various forms from the dilettantes?

LAZARUS:  HAHA!  I hear you.  There’s the ever-present possibility of brilliance and catastrophe with clowning. And more so than with other forms of theatre: if you see a stinker of a comedy play, you don’t dismiss comedies. Yet if you see a stinker of a clown show, you may dismiss all clowns.  With the clown fest, we’re trying to broaden the definition of clown. We include very little red nose in the festival.  It is there, but clown permeates into character, bouffon, mask, vaudeville, physical theatre, dance, puppetry, and even some standard plays. Like any in form, every artist is different and brings their own stamp of experience to their work. We have enormous variety at the festival and none of it is for kids. We hate kids clowning. You think you know clown? Think again. 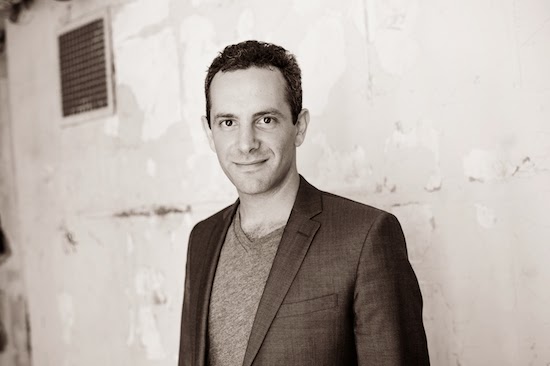 CHARPO:  Isn’t there a danger that, like acting and singing, everyone thinks they can do it and thereby pollute “the brand"?

LAZARUS: I totally agree and that’s where the festival comes in. We’re trying to showcase the best of the best of the best of the form. We set the bar pretty high so two things happen: 1) audiences redefine good clowning, and 2) inexperienced clowns have something to strive towards.
On a side note, I also love bad clowning because I go to see something that’s bad. For me that’s what the theatre is about. I often see that Torontonians will not go or ignore a show because it might be bad. This worries me. We cannot stop doing something for fear of it not working out, right? So, we continue to teach, perform, encourage, cheer, boo, and keep the conversation alive. The worst would be to dismiss and disengage with the art because of a few lame fools… Who are still trying their best.
CHARPO:  I have to ask you this: what is the difference between clown and bouffon?

LAZARUS: Easy answer, clowns laugh and rejoice at the ridiculousness of being alive with the audience. Bouffons mock the hypocrisies of humankind and laugh at the audience. Both forms are very funny. Clown brings levity and understanding to the human condition. Bouffons shed light on the shadow of existence. They are contra-masks.
CHARPO: Where do you see clown/theatre going in the future?

LAZARUS: I think we’re in the midst of a new dawn in clown evolution. These days the most exciting theatre shows I see are where the audience is implicated in the action. To me, this is the essence of clown – the forth wall is down and the play cannot go on without the input from the crowd.
Regarding peformers, currently almost every actor training institution throughout the country includes a clown segment. Clown has become ingrained in our theatrical traditions. With this new wave of sight specific, immersive and event theatre, clown based actors (with or without nose) are integral.
May 28 - June 1
Posted by THE CHARLEBOIS POST at 12:03 AM