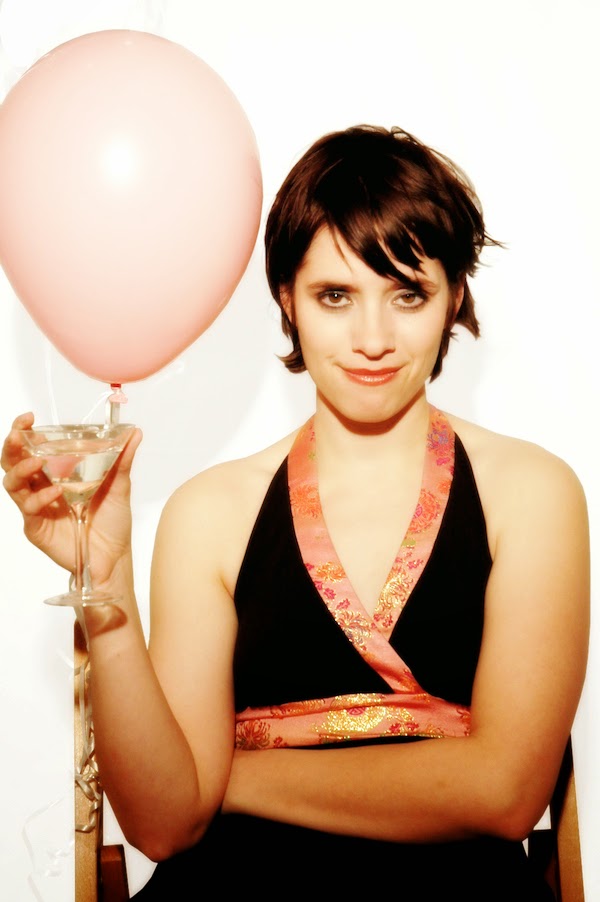 
David James Brock’s new play Snow Bride opened at The Box last night, a tiny little theatre space (I hesitate to say theatre, and I’ll explain why in a bit). Wandering down the alley, through the loading dock, up the rusty fire stairs and through the rabbit warren of scarred doors I wasn’t exactly sure what I was getting myself into. I ended up pleasantly surprised.
Snow Bride is a one-woman show. Helena (Katie Hood) examines her past relationships on the eve of her wedding to Robert. She’s clearly gone to some effort to tidy up, and planned an evening of fun – “be ready to party!” exclaims her invitation. But no one comes. No one save her most powerful relationship partner – cocaine. As she examines her dating history, her relationship with the drug is further explored, unpacking piece by piece what cocaine addiction has done to her life. I won’t go into more plot detail, as it bears witnessing itself.


Hood’s performance is, without a doubt, excellent. Her characterization of Helena develops subtly throughout the story, little nuances breaking through that inform and alter Helena in the span of what is a short script. I’ve not seen Hood in anything else, but she is worth noting and following. The script (David James Brock) is well-written, examining the impact of cocaine addiction on Helena’s relationships, but without doing it in clichéd ways. I was particularly surprised by the almost positive portrayal of Helena’s addiction in leading her to Robert, her unseen fiancé. The script is deft, succinct, and precise.
The production does suffer somewhat, but only from the venue and a rocky opening act. In what looks like a converted warehouse space, be ready to sit on very uncomfortable folding chairs. The audience was noticeably shifting after about 20 minutes, and the sightlines are non-existent. For much of the show this is not a problem, as Hood actively uses what little space there is on the stage, but the only set is dead centre, and any interaction with it was invisible to me (and anyone behind the second row). The 20 minute performance by Rachelle Elie prior to Snow Bride is poorly conceived. Elie’s performance seemed uncomfortable, her material tired, and bore the most tenuous of connections to Snow Bird (and I’m generous in giving it that). It felt amateurish and unprepared, as if I was sitting in some distant relative’s basement politely watching their stand-up routine. It set a poor bar for the rest of the evening, which thankfully Hood raises to incredible heights within seconds of taking the stage. Elie’s performance feels tacked on, as if it was used to pad out the evening (both shows combined run 80 minutes), which isn’t fair to either Elie or Hood. Elie has award-winning shows to her name, but none of that was apparent here.
Snow Bride is one of those rare gems of theatre, a one-person show with a considered and developed script paired with a truly excellent performer. Bring a cushion, and hold on to the reward of Snow Bride during Elie’s opening act, and you will not be disappointed. I don’t like putting conditions on the enjoyment of a play, but Snow Bride is worth it.

Running time: 80 minutes with no intermission
Posted by THE CHARLEBOIS POST at 5:55 PM