The Question... Lua Shayenne on cos.mo.pol.i.tan

a touch of humor and absurdism
by Estelle Rosen

CHARPO: Tell us about the process for selecting the two pieces that form cos.mo.pol.i.tan. At first glance, both appear to approach the subject of identity but from different perspectives. What should the audience take away from these two pieces?
SHAYENNE: The two pieces that are part of my production cos.mo.pol.i.tan, are Landed Immigrant and Hybrid. Let me start by saying that the title of the show is something I aspire to be. A cosmopolitan - a person who is free from local, provincial, or national bias or attachment; a citizen of the world. (cont'd) 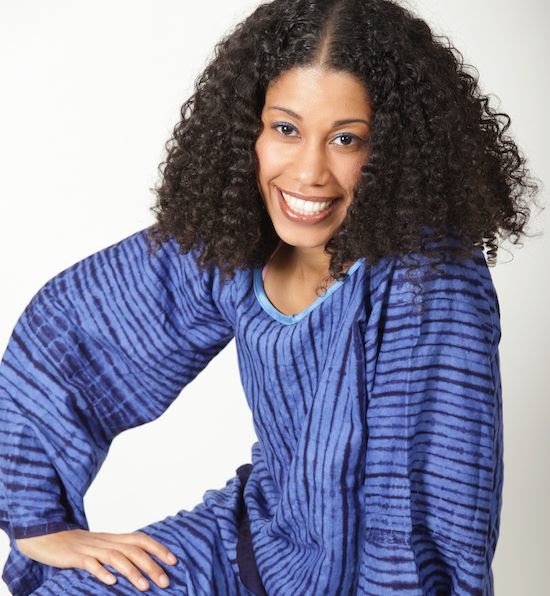 SHAYENNE (cont'd): Landed Immigrant tackles identity through the first hand experience of an immigrant who tries to understand how she can become part of Canadian society. Our prospective immigrant has to deal with external and internal pressures. The external challenges include: choosing the right lawyer, understanding the landed immigration process, the endless paperwork, coming up with the fees to be paid and passing various medical and languages tests and interviews. The internal battles are with the Self: many doubts and uncertainties arise, unanswered questions keep haunting the already restless mind, home sickness and loneliness take over because of the separation from family, anxiety and sometimes depression is caused by the feeling of being in an eternal limbo between two worlds. My personal experience had extreme emotions, almost bipolar like, so I chose a melodramatic approach to the subject matter. I wanted to portray the experience of many immigrants with a touch of humor, surrealism - almost Kafkaesque - and slight absurdism. A good story always has humor.
Hybrid speaks of identity through the eyes of a new generation of humans that cannot be boxed into one single cultural, racial and ideological category. To me identity is a construct and is extremely fluid because it is determined by so many factors, from geographical to social. Identity is like a coat we put on because we like its color, shape, length etc. We choose how to identify ourselves. I only explore this concept at the end of the piece because, I believe it takes a lot of maturity and self-awareness to understand and acknowledge that. Most of the time, we allow ‘others’ - other people - or ‘the other’ - norms - to shape who we should be without much reflection over what our beliefs and values are. The piece glimpses at how superficial racial features like the ‘Flat Nose’, the ‘Big Butt’ and the ‘Bad Hair’ become part of our core identity and its negative implications. It also explores the fetishisation and exoticism of mixed race people, who are often viewed as having ‘the best of both worlds’. Whatever that means. Again, I chose to address the above with a touch of humor and absurdism because we should never take ourselves too seriously! This also allows me to push boundaries choreographically.

Both pieces speaks very strongly to the Canadian experience. They are tangible and accessible to people of all ages, culture and gender. I’m hoping the show may be a catalyst for dialogue around identity. Of course there will be great dance and music as well! Overall, I hope audience members can find a piece of their own story in both pieces and leave the room wanting to share their own experiences with friends and family. That’s where change, compassion and understanding start, by listening and being heard.