In a Word... Yaël Farber on Mies Julie

Yaël Farber is a multiple award-winning director and playwright of international acclaim. Her productions have toured the world extensively - earning her a reputation for hard-hitting, controversial works of the highest artistic standard. Her most recent work MIES JULIE (written and directed by Farber) has won a string of international awards; was recently named one of the Top Ten Productions of 2012 by The New York Times, and 5th Best Production of 2012 by The Guardian. Ms. Farber was named ARTIST OF THE YEAR in her native South Africa (2003). She is the recipient of four national BEST DIRECTOR AWARDS (South Africa 1991, 2002, 2008; 2012) She has won: twice the SCOTSMAN FRINGE FIRST AWARD (Edinburgh 2000 & 2012); twice THE ANGEL HERALD AWARD (Edinburgh 2003 & 2012); A SONY GOLD AWARD (London 2001) and the BEST OF EDINBURGH AWARD (Edinburgh 2012). She has been nominated for a DRAMA DESK AWARD (NYC 2007) and a TMA BEST DIRECTOR AWARD (UK 2008). Her productions have toured across the major cities of the USA, the UK (including in London's West End and at The Barbican Centre), Canada, Australia, Japan, across Europe and Africa. Ms. Farber is a past invitee of: The Lincoln Theatre Directors' Workshop (NYC1999); Mabou Mines Theatre Company (NYC 2001); and In Transit Laboratory at Haus de Kulturen der Welt (Berlin 2001). She developed a work in residence at The Joseph Papp Public Theatre (NYC 2000); developed a new text atSundance Theatre Laboratory (Utah 2001); was Playwright-in-Residence for Nightwood Theatre (Toronto 2010); and an invited participant in Anna Deavere Smith's 'Bodies on the Line' Artist Residency (NYC 2010). Ms. Farber was Head of the Directing Program at the prestigious National Theatre School of Canada 2009 – 2012. She premiers a new production NIRBHAYA at the Edinburgh Festival 2013 – focused on the rape and death of Jyoti Singh Pandey, which caused an international outcry. Ms. Farber was recently named amongst City Press's top 100 South Africans. Her plays are published by OBERON BOOKS (London, UK). Farber will direct Arthur Miller’s THE CRUCIBLE for London’s West End theatre The Old Vic this year.

CHARPO:  When did the inspiration for the idea for Mies Julie begin?  What were the first seeds for the adaptation?
FARBER:  I love to adapt the classics. I work off the foundation that audiences are familiar with but then subvert that as well. I love the challenge to try and connect to a contemporary classic... find the ways it surprised or shocked its first audiences.  I try to re-discover what those shocking factors were when it was first written. I try to find those outlets, when I read work or see work: What isn’t there?  How is it different now?
I had read the play 20 years ago as a student but then returned to it again a few years ago when I was teaching at the National Theatre School directing program and came upon a scene from Miss Julie. As I was working with the students, images kept coming to me from the scene we were doing. A tree growing out of the centre of the floor was the strongest image that stayed with me and gave me the inspiration for the adaptation. I always start with images and when I re-read the play images kept flooding in and I instantly knew it had to be set in South Africa. 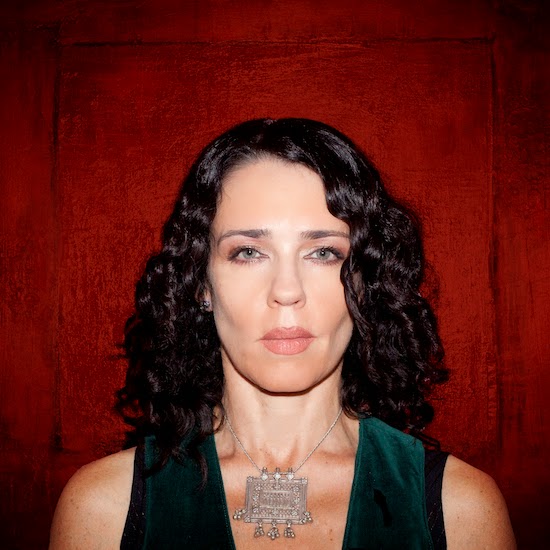 
CHARPO: You now live in Montreal but were born and raised in Johannesburg, South Africa, can you explain how the production came together?
FARBER:  I was contacted by my friend at the Baxter Theatre at the University of Cape Town who was asking me about what projects I was working on while in Canada. I told her about my idea for Miss Julie and she was interested right away.  I began working on the adaptation here in Montreal but then went over to South Africa to begin casting and working on the adaptation with the entire team.
I arrived with an adaptation but still constantly re-wrote sections and developed others with the actors while in Cape Town.  It was a long process and caused me many sleepless nights but very much worth it in the end.
The show is entirely all South African actors, designers and crew but the sound score is composed by two Canadian brothers whom I met here in Montreal.  It was first presented in South Africa as well and received an extremely positive response.  It has since toured to the UK the US, and mostly recently is playing in Vancouver.
CHARPO: What are the different reactions in different cities Mies Julie has received?
FARBER:  Shocked, moved, and it constantly fires up intense debate between audience members in each city.  In South Africa that is really our lives we are watching on stage, something we have seen before but still have not gotten used to.  It never has people just going “oh that’s interesting”, it also investigated the complicated land politics in Cape Town and South Africa.  London had a very strong response as well, I find it reveals to people what their society is really like more then reveal what South Africa is like. In the USA – rape was a term used quite often, even though the relationship in the piece is consensual between both partners. It revealed how tense inter-racial politics still is in the United States, even in New York City. It asks what is the preoccupation in each society?
CHARPO: You talked about reading Miss Julie 20 years ago in South Africa. Could your adaption have been done in the 1980’s or 90’s in South Africa?
FARBER:  Growing up in Apartheid South Africa it was completely illegal to have inter-racial relationships and there was an enormous tension around all race politics. While things are very different in post-Apartheid South Africa, there is still enormous dispute over land distribution and inter-racial relationships.
It would have been impossible to do this production 20 or 30 years ago in South Africa.
CHARPO: You moved to Montreal 10 years ago, what are some of the differences you have experienced between the two cultures that also effect your work?
FARBER:  When I first got here I experienced culture shock on a very deep level, more then I thought I would. The first thing I noticed was how much personal safety is taken for granted here, back home there is a constant danger hanging over the cities. I remember when I first moved here to the Mile End and was wondering what the political issues of the area were and it was recycling and how often it was going to be picked up. It was then I realized how different the two cultures were and how I was always going to be a South African at heart and in my work.
Place des Arts, Montreal: April 24 - May 3
World Stage, Toronto: May 6-10
See also a promotional video for Mies Julie from its run at The Cultch, in Vancouver
Posted by THE CHARLEBOIS POST at 12:03 AM