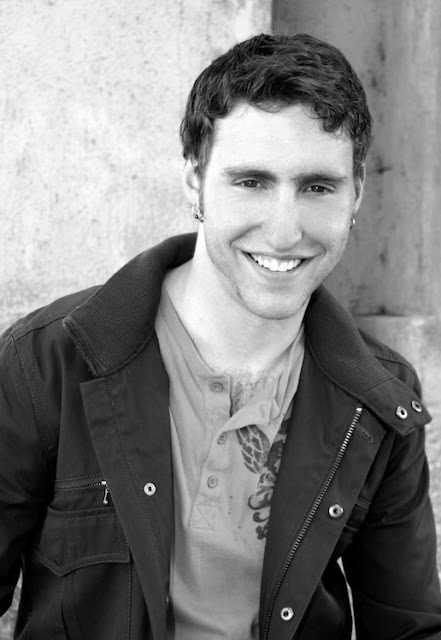 Rock of Ages
CharPo sits down with Danny McHugh, one of the many hard-working young actors cast in the current national tour of the hit Broadway musical Rock of Ages, and rediscovers an age-old truth: Hard work pays off …

One of the things I do enjoy about national tours of Broadway plays and West End musicals is interviewing the veteran actors in their casts, actors who have accumulated a lifetime of entertaining anecdotes from sharing a stage with some of the theatre world’s living legends.

Like 68-year-old Ryan Hilliard – part of the 2012 journeyman cast of Mary Poppins – who told me his all-time favourite production was co-starring with Broadway legend Chita Rivera in Anything Goes at The Paper Mill Playhouse for six weeks back in 2000.

“What a thrill that was!” Hilliard told me. “I really enjoyed watching her work, and she stood in the wings watching other people work. We were very tight. She was very gracious and her humour was never cruel.” 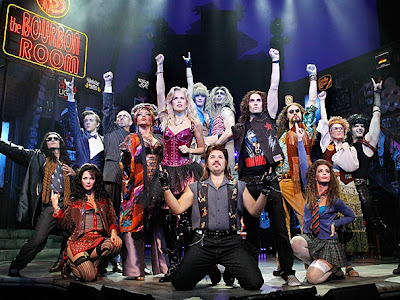 Or how about Beauty and the Beast’s Tony-nominated director Rob Roth. Before he developed and directed the inaugural production of Elton John and Tim Rice’s AÏDA, Roth was summoned to meet Sir Elton backstage one night at Royal Albert Hall in London.

“I was sitting in the Royal Box with John Reid, his manager at the time,” Roth told me. “I walk into the box and Roger Taylor and Brian May [of Queen] are also sitting in the box. I’m like, ‘Are you kidding me?’ So we spoke for a while and then John Reid’s pager goes off – this was the time of pagers – and it was a 9-1-1 from Elton. I was originally supposed to meet him after the concert but he said, ‘Bring Rob back here now.’ So this is like 10 minutes to eight, right before his concert starts. So we leave the box, run all the way around Royal Albert Hall and now I’m really nervous. We went backstage and Elton was wearing a vinyl pink suit and we shook hands and he said, ‘I was so nervous about meeting you that I had to meet you before the concert!’ And I’m like, ‘Are you kidding me?’ It was surreal.”

There is also British playwright Catherine Johnson’s personal rags-to-riches journey: She was hand-picked by British producer Judy Craymer, along with director Phyllida Lloyd, to create the musical Mamma Mia! and become the theatre world’s most successful all-woman trifecta.

“I was anti-Abba,” Johnson actually told me. “They represented everything I disliked. I was into new wave and punk. I liked The Clash in particular. Abba was Europop cheese. But I got over it.”

When these huge productions hit the road, they are staffed by pros like my old friend, Edmonton-born but Chicago-based Kendra Moore, a dance captain for The Lion King for the past decade. 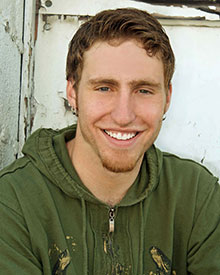 “I’m on the road 52 weeks a year,” Kendra told me when Lion King pit-stopped in Montreal for a month in 2011. “Having my own car actually makes traveling easier, although normally we have a company flight. Touring with The Lion King is like moving into a new apartment in every new city. I find my own place [paid for by the tour’s per diem for accommodations] and sign a short-term lease.”

Lion King, Mary Poppins, Mamma Mia!, Beauty and the Beast – the list of national tours, their creative teams and veteran casts and all of their entertaining anecdotes go on and on.

But the cast of the current national tour of the critically-acclaimed hit Broadway musical Rock of Ages – which pit-stops in Montreal (February 26 to March 3) as well as in Kingston, Ottawa, Toronto and St John, New Brunswick in the coming days and weeks – they are very young, and many of the performers are just out of school.

They just don’t have the same star-studded anecdotes and mileage as the wily old veterans but – make no mistake – their lives and interviews are no less interesting, and they have as much ambition.

“I got into acting because I was always the hyper kid in class at school and had no outlet for it,” says Danny McHugh, who at the age of 29 is one of the oldest “veterans” on the Rock of Ages cast. “Then in middle school I took my first dance class and I discovered I really liked it. For me it was just about getting attention, and it was also about playing pretend.”

McHugh grew up in Minneapolis where his post-high-school theatre credits included CATS and Jesus Christ Superstar at the local equity Chanhassen Dinner Theater.

“They offered me an eight-month contract, it was my first professional job,” McHugh recalls. “It was very long and very difficult, but I knew if I wanted to make this my life, I had to dive right in.” 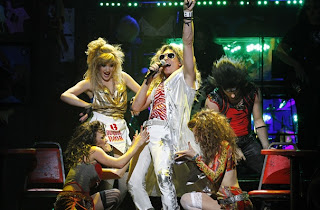 When that contract ended, filled with renewed hope, McHugh earned his college theatre degree. “I knew I loved theatre, so it was time to get better. So I went [back] to school. And that’s what I counsel all young teenagers who want to go into acting to do: Go to school, hone your craft, get your degree. Going back to school was the best decision I ever made.”

McHugh, now 29, also pointedly adds, “The thing I realized [about my career] is that it doesn’t have to be Broadway. There are so many different kinds of venues and opportunities where one can perform, so everybody can say, ‘Yes, I am a working professional performer.’”

“The camaraderie aboard a ship is much more intense than on a tour like Rock of Ages because your neighbours literally are your cast mates,” McHugh says. “This [Rock of Ages] cast is pretty young – we have some straight out of college, others who’ve been working [just] a couple years. Almost everybody is in their 20s. And this show is kind of like a party. That vibe we have onstage tends to keep going after the show. We love trying to find the local great pizza parlor after each show, the great local anything.”

McHugh pauses a moment, then says, “One of my ambitions is to perform on Broadway. But right now I’m just grateful to be part of a big traveling musical. As for my personal responsibility to help guide the younger actors [on this tour], I can only hope to lead by example. I take pride in always knowing where I have to be onstage, and I try to be as thorough, precise and clean as possible. I know I’m lucky to be where I am because there are thousands and thousands of other performers out there in New York and L.A. and Toronto who aren’t working.”

Rock of Ages also headlines Kingston’s The Grand Theatre on Feb 25, Ottawa’s National Arts Centre from March 5 to 10, Toronto’s Sony Centre for Performing Arts from March 19 to 24, and the Imperial Theatre in St John, New Brunswick on March 28.

Danny McHugh Audition for Rock of Ages
Posted by THE CHARLEBOIS POST at 12:04 AM