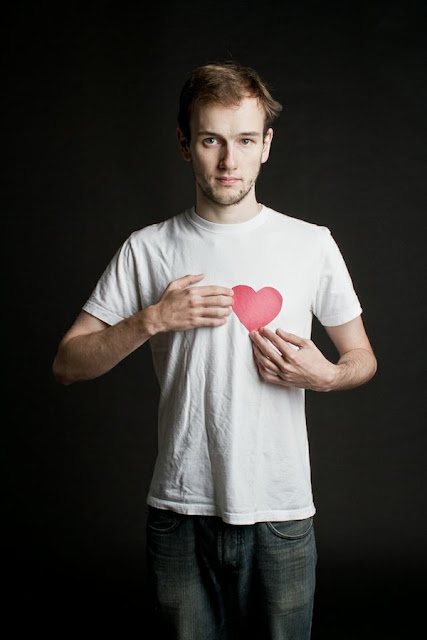 An Important Subject Passionately Told
Amazing Actor, Detailed Script
by David C. Jones
If only theatre could be seen by those who really need to see it.
Zee Zee Theatre is quite a remarkable little company; director/performer Cameron Mackenzie and his husband writer/performer Dave Deveau have been producing works about the marginalized on a shoestring for the past couple of years.
My Funny Valentine is an important character study based on the tragic case of Lawrence King. The flamboyant gay teen was shot twice in the back of the head by 14 year old Brandon McInerney the day after King gave McInerney a Valentine’s Day Card. This happened in the school computer lab. Lawernce was taken off life support on February 14th.


The writing is also beautifully textured; the characters live outside the script with habits,  foibles and obsessions.

Mr. Deveau has chosen to base his play on seven people on the periphery of the crime. The local reporter first on the scene, an entitled girl from the same high school, the school teacher Lawerence first came out to (when he was ten years old), an angry dad whose own son was flirted with, a little girl who shared the hospital room of the comatose boy, etc.


All of these characters are vividly written with equal parts strong opinions and strong contradictions. Some of the lines are tragically sad: “You trade pain for profit,” says the excited reporter; “Just because you are different doesn’t mean you are right,” says the parent who is countered with “Tolerance is not what we are striving form,” by the teacher.

The writing is also beautifully textured; the characters live outside the script with habits,  foibles and obsessions. They are fully realized and sometimes outrageously funny as well.

It loses a little steam at the three-quarter mark as some of the characters repeat themselves or there is little new information. It all comes back together with a very poignant ending though.

Anton Lipovetsky is a fast rising star on the local theatre scene and he plays all of the characters. Watching him transform from a man filled with machismo and swagger to a teenage ‘princess’ adds a wonderful sense of theatricality and his work is so complete. His use of stillness within each body is highly effective.

As he was playing the female teacher in a state of shock and anger he completely sucks you in. You think you are listening to this woman, feeling her pain, nodding as she talks. It’s only when he breaks character to become someone else that you are reminded it’s a one-man show.

The production is simple, set and costume designer Marina Szijarto has a stack of children's toys and books piled behind a child’s chair. Circling the stage are dozens of pictures and newspaper articles about the murder.
Jergus Oprsal uses some simple lighting changes and states to great effect, helping Mr. Lipovetsky shape his characters for even greater impact.

Director Cameron Mackenzie has created a rich theatrical experience that deserves a large audience.
Actors and writers should see it to see what is possible. Theatregoers should attend because it a fantastic production.

The people who would benefit most from this show however are unlikely to see it and that means we continue to live in a world where people murder out of hate and fear.
Running Until March 2
Posted by THE CHARLEBOIS POST at 5:14 PM