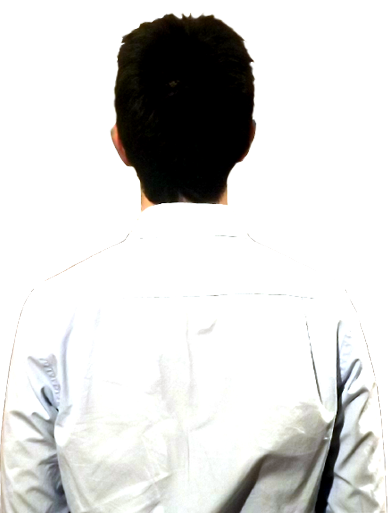 About the Actors by the Actors
Donald Rees, Sean Curley and Nir Guzinski talk ART

DONALD: Welcome to a unique interview between the cast members of Brave New Productions 'ART'. My name is Donald Rees and I'm here with Sean Curley and Nir Guzinski to talk about the show which opens February 28th at Theatre Ste Catherine. We seem to have such great conversations when the three of us are together, and although there have been lots of promo for the show, we haven’t had a chance to do any of it together. We already know the best questions to ask each other, so let’s start at the beginning:
How did all of this get started? Do you guys remember how you initially approached the project?

SEAN: Well, it was Donald who approached me with an idea for the next project following The Laramie Project: 10 Years Later. I brought up a couple of plays that I thought would be fun to put up, both are written by John Patrick Shanley; 'Where's My Money' and 'Psychopathia Sexualis.' While he was busy reading those plays, he had suggested I take a look at 'ART,' which eventually won out over the others. By then I already knew which character I was wanted to portray.
DONALD: That's right. Sean is full of suggestions. Once he and Clarisse Desire (our make-up artist for Callistro The Great) cornered me and tried to persuade me that Brave New Productions next play should be a futuristic war piece. They almost had me convinced, but then Sean fell off the stage and somehow the subject was never touched upon again. I really wanted to do Psychpathia Sexualis. That's the one with the socks right? I was trying to figure out a way to do both Art and that one. I remember Sean got back to me and said he wanted to take on Yvan and I was a bit shocked. Only because Yvan has a two page monologue. I still want to do Psychopathia Sexualis. There's just too many projects I'd like for us to do together. If only we had more (any) funding. We (BNP) don't normally go around letting people pick their roles, but Sean was just so incredible in last years Callistro The Great (unbelievably professional and an all around joy to work with) that a joyous exception was made.
SEAN: Hey 1984 is still on the table as far as I'm concerned, I just haven't located a script. And as far as falling off the stage goes, I spoke to some audience members following the show and the majority of the comments hinted that it looked part of the performance....that's all I gotta say about that.

NIR: It was during our drive to our Toronto presentation of The Laramie Project: 10 Years Later that I found out about Brave New Productions next project: ‘ART’. While driving with Emma, Sean and Kenny Wong, I overheard that auditions were being held for one character in this three man show! Emma had hinted that they were looking for a fresh new face.. and as my wrinkly face had just appeared in their last two plays... I assumed I had to let this one go! But at the Laramie wrap/cast party, a tipsy Donald approached me and insisted I audition! ... So i did! Coming into the audition i have to admit I was pretty nervous, but auditioning alongside Sean and Donald made it much more comfortable! And to my surprise, my wrinkled face became fresh again and I was offered the role of Marc!! I was thrilled to portray such an obnoxious, egotistical, pompous character, being such a prick myself, it was right up my alley!! ... In all seriousness, I was looking forward to the challenge of playing a very different personality than my own, and in a comedy with two other incredibly talented, hilarious individuals!

DONALD: I wasn't tipsy when I said you should audition Nir, I was stone cold drunk. I was trying to get Emma up on a speaker to dance with me. Moral of the story : great things happen when you drink. Remember that children. Those auditions were really hard. There are some extremely talented actors in this city.
NIR: Next question: was it as hard for you all to pronounce Serge... without a french accent.. Torture for me:)

SEAN: Pronouncing Serge with a white-wash, North American, anglophone accent came very easily to me. I thought it was pretty straight forward until I had the displeasure of listening to Nir make every effort to say the name the same way I did. It either came out as 'Serge', spoken with a strong Parisian accent, or 'Surge', some new and exciting laundry detergent. As we come down to the last couple of weeks before opening night, I'm still not confident he's made a decision about which version of the name he's going to use for the performance.

DONALD: Luckily I play Serge and never refer to myself by name. Instead I have to work on my pronunciation of the word ‘ruined’, which it appears I've been saying wrong my whole life.

SEAN: What was your motivation (if any) behind your character development?

DONALD: Well much like how you picked Yvan, I picked Serge because I related to him. I identified with the character. I thought I could easily put myself in his shoes. After playing Pedro last year I really wanted a character I could slip into without disappearing. So my character development has been about believing in Serge all the way through. Yasmina has been quoted as saying that she writes characters like a painter paints.  There is not a huge amount of thought given to their past. They exist in the moment so it's really up to the actor to fill in those blanks and make it genuine.

NIR: My motivation for Marc ... Is still a work in progress... He's a very cut throat kind of character, very ego-driven, someone who thinks he knows everything. He questions the friendship and not the possibility that he is wrong or that not everyone has to share his opinion. Art is so subjective, especially modern art, and for Marc his relationships and how he see the world is very black and white. So he has a hard time accepting the differences, the nuances, especially if he does not believe in something. I always try and put myself in the character's situation and try to imagine how I would react to what is happening, but with Marc I have to imagine myself with a skewed reality, a one dimensional reality, which is how he views things.

DONALD: What about you Sean?
SEAN: The best answer to my own question would be that I am my own motivation. Let's face it, I am Yvan and I only need to ask myself how I would respond in any given situation knowing the kind of experiences I've had. Naturally, I can't say that about every single scene, this is where some good direction comes in handy. But for the most part, Yvan reminds me so much of myself that I never really needed any external sources to look to.
DONALD: It's true. Though he talks a lot more than you do. You're generally quite reserved. I'm working on that. Now - let me ask you two, how is working on a Brave New Production different from other productions? Sean this is your 4th and Nir this is your 3rd (my 10th) so something must be good about the experience?
NIR: I have to say that working with Brave New Productions is a hell of an experience! Every production is unique and provides me with incredible learning experiences. With Brave New Productions I have been extremely lucky to have had and continue to have the ability to perform with such talented actors, directors and crew! Its also been very humbling to work on such inspiring, heartfelt and challenging plays, which have helped me grow, not only as an actor but as an individual! The people at Brave New Productions make the experience so enjoyable. Its like, the moment you walk into an audition, its like your meeting new friends. Its been an incredible ride and i'm definitely looking forward to what comes next!
SEAN: I can say that within Brave New Productions I've made some long lasting friendships, possibly even lifelong friendships, although I'm not one to make predictions about the future, hehe That coupled with a certain degree of professionalism makes for a good working environment. In my experiences outside of BNP the professionalism was still there, but my general feeling was that we were just actors working together for a limited time. After the final curtain fall, we all went our separate ways. It's been really fun working on various Brave New Productions' because I got the feeling that we were all in this together, we made a commitment as individuals and as a group to do what we love, and that is to be good story tellers ...money be damned!
NIR: What? Money?? One can make money out of this art form?
DONALD: Hopefully, very soon, we’ll all make money doing what we love. And Sean that's exactly what I hoped was the difference. Okay, any final questions? Anything else you wanna say before we wrap this up?
SEAN: I hope that the seeds I've planted in BNP will contribute to a successful, fruitful career. Dare I be presumptuous and say that many of my colleagues probably feel the same way about their own lives. Of course only they can truly speak for themselves.
NIR: Let's go make some Art !
DONALD: Well, that's it. An interview from the actors by the actors, because we don’t receive nearly enough attention being on-stage night after night. ART is playing this week at Theatre Ste Catherine. Show times are available at http://www.bravenewproductions.com/art

Read also director David Reudelhuber's first-person piece on preparing the production
Posted by THE CHARLEBOIS POST at 12:02 AM