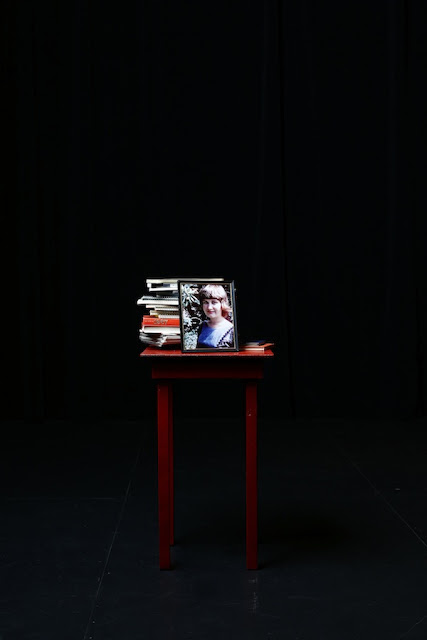 How Has My Love Affected You? sounds like one of those awful/wonderful nights only theatre is capable of delivering. Marcus Youssef had a difficult relationship with his mother, Roleene. She, prey to mental illness, kept journals full of anxiety and demons. Youssef brings his memories and his mother's journals, his own son, Zak (performing music composed by Veda-Craigslist Cantata-Hille) and the resources of his company, Neworld, and those of Arts Club to a tale of family and duty which should trouble as much as it resonates. (Vancouver)

As is their wont, theatres across the land are going to celebrate St. Patrick's Day with plays about Ireland. This used to mean relentless remounts of Playboy of the Western World but The Emerald Isle is a little more...er...jaded these days. One of the plays out of present-day Ireland is Mark Doherty's TRAD. It has been mounted before by one of Montreal's great young companies, Sidemart Theatrical Grocery. Once again, Sidemart is joining forces with a mainstream house, Centaur, to re-examine a work. The story? Very old men (we mean VERY old) and a journey to find a missing descendant. It's all soaked in Irish humour, wisdom and the modern vision that is now synonomous with Neo-Irish theatre. (Montreal)

It was in Iceland - leftists tell us - that we should have learned a real lesson about conquering the excesses of rampant capitalism. And it was at SummerWorks that a play called Iceland became the talk of the town. By combining the legend of Iceland's treatment of errant bankers (jail the bastards!) and the very personal stories of three people with images that suggest this harshest and most beautiful of landscapes the essential magic that is theatre makes the heart sing. (Toronto)
Posted by THE CHARLEBOIS POST at 12:01 AM